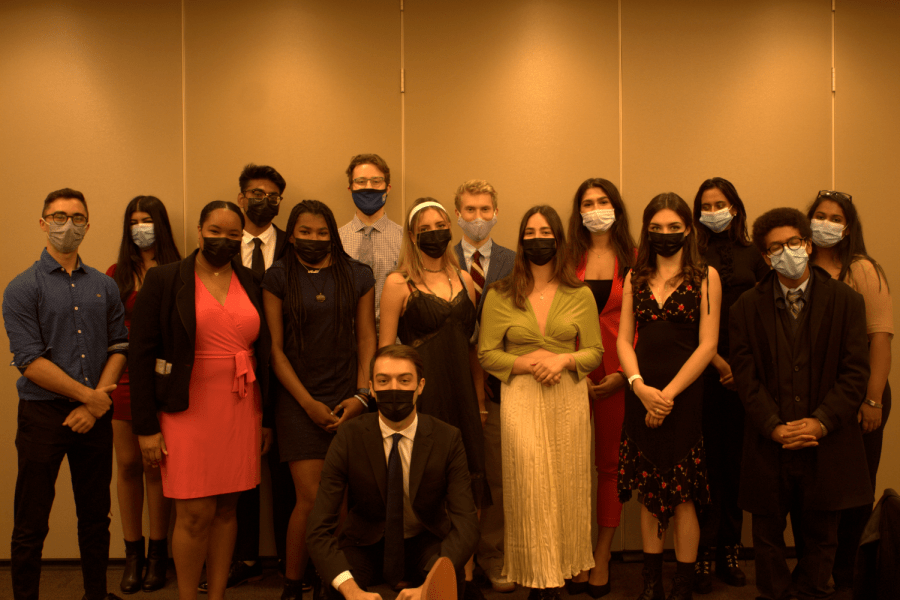 USG, pictured here from September, is composed of the president, vice president and many other senator positions. Sundstrom is in the left of the photo, VanGostein crouches in the front and Pulatani is in the back, third from right.

Sundstrom spent a few months as VanGostein's VP before stepping down, with Pulatani taking over in his stead

As the organization with the closest affiliation with the administration, United Student Government (USG) plays a more prominent role in students’ everyday lives than most other clubs. With the president being the president of the club and of the student body, his actions reflect on the student body more than any other person’s actions. The same goes for the vice president and, to a lesser extent, the class senators.

Holding the position of USG president or vice president is undoubtedly a stressful experience, as not all students will ever be pleased with what the administration or USG does. USG and its constituents make the decisions for the entire student body, not just for their own club.

This semester, after Joe VanGostein, Gabelli School at Lincoln Center ’22, was elected to the presidency for the 2021-22 schoolyear, his vice president was Robert Sundstrom, Fordham College at Lincoln Center (FCLC) ’22. Sundstrom had previously served as USG vice president during the virtual year of 2020, when his president, Loreen Ruiz, FCLC ’21, was virtual for the semester, while Sundstrom spent the year on campus.

However, at the end of September, Sundstrom announced that he would be stepping down from his position as USG vice president, citing incompatible ideas within the USG administration for his reason to leave. On Thursday, October 14, Djellza Pulatani, FCLC ’24, was elected as USG vice president. A sophomore, she had been a class senator previously and remains as the chair of the committee on sexual misconduct. 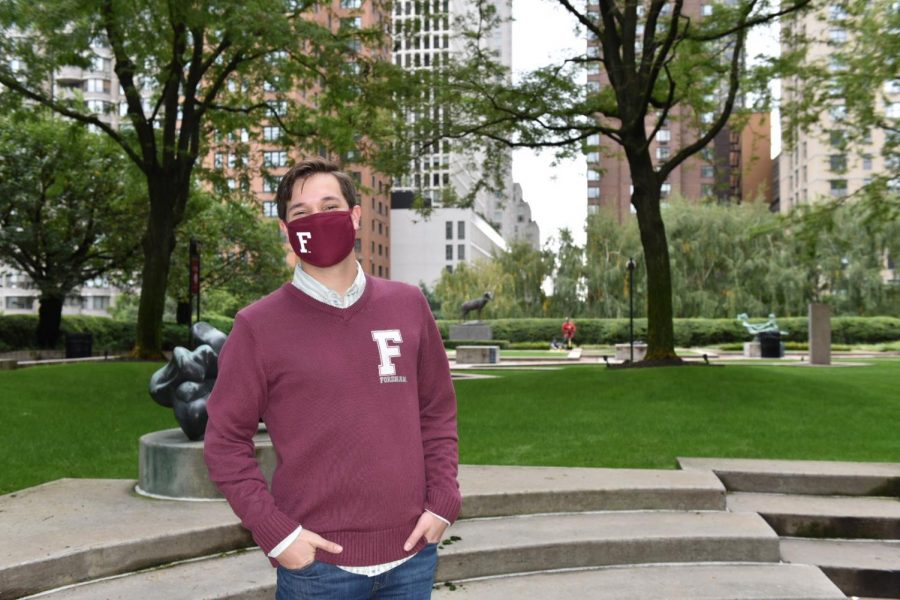 Robert Sundstrom announced his resignation from the USG vice presidency on Sept. 30.

Sundstrom said that his ideas of what USG and the position of vice president should be are not compatible with the current USG administration.

In the event of a vacant executive board position, the USG constitution states the position will be fulfilled by the president pro-tempore, or majority leader, of the senate.

According to Joe VanGostein, USG president and Gabelli School of Business at Lincoln Center ’22, vice presidents can be invited to these meetings, but it is not a constitutional requirement.

“We decided that this year it would just be president and advisor as allowed by the constitution,” VanGostein said.

The board is reviewing USG’s constitution and will be meeting next week to decide how to move forward.

Dorothy Wenzel, senior director for the Office of Student Involvement (OSI) and adviser to USG, said she will be supporting the student leaders with their recruitment process to fill the vacant position, though she cannot give any specifics at this time. According to Wenzel, the board is reviewing USG’s constitution and will be meeting next week to decide how to move forward.

VanGostein said he looks forward to continuing to serve the student body with a new vice president.

“The role of USG VP is a very demanding and complex one. Robert decided that role was no longer for him,” he said. “I wish him more success in his future endeavors.”

“I didn’t want to leave, but I felt like I needed to.”Robert Sundstrom, FCLC ’22

The resignation of Sundstrom as vice president went into effect on Oct. 1. When he announced his resignation the day before, he said he was nervous about the announcement but that many USG members were supportive of him.

“I didn’t want to leave, but I felt like I needed to,” he said. “A lot of people indicated they were sad to see me go but expressed that they understood my reasons.”

Sundstrom said that after the meeting he wished VanGostein luck, who expressed his gratitude toward him for their work together.

“I always support every student to make a decision based on what is going to be best for them, so I support Robert in his decision.”Dorothy Wenzel, senior director for the Office of Student Involvement

Though disappointed with how things ended with USG — a club he has been involved in since his sophomore year at Fordham — Sundstrom said he is excited to continue doing work for students and student experience through his event directing job within OSI.

“I always support every student to make a decision based on what is going to be best for them, so I support Robert in his decision,” Wenzel said.

Wenzel thanked Sundstrom for his commitment to his vice presidential work — especially during the 2020-21 academic year when Loreen Ruiz, former USG president and FCLC ’21, was fully remote and he had to embrace more responsibilities, such as leading hybrid meetings. 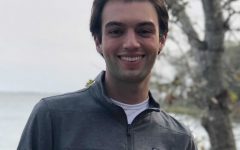 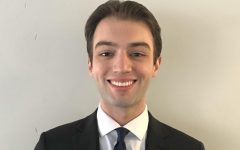 Winners of the USG 2021 Elections Announced 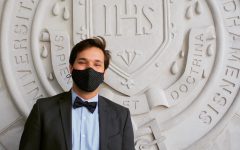 Sundstrom will not be involved in the administrative process of USG’s special election, but he said he will “definitely vote.”

Djellza Pulatani was elected as vice president for USG. She previously held class senator positions and is chair of the committee on sexual misconduct.

“I’m really grateful and honored to serve as VP, and I’m really excited for the endeavors that this year holds. I’m just excited to create a lot of change on campus,” Pulatani said.

Prior to the election, she served two terms as a first-year senator during the 2020-21 academic year and was elected as a sophomore senator this fall. She decided to run for the role of vice president when it became vacant.

“Inviting the VP is usually reserved as sort of a treat for the VPs that are doing their job, so if the VP isn’t really fulfilling his duties, he’s not invited.” Joe VanGostein, GSBLC ’22

The position opened on Sept. 30 after Robert Sundstrom, FCLC ’22, announced his resignation. Sundstrom cited exclusion from responsibilities such as attending executive meetings with the president and adviser as the reasoning behind his decision.

Joe VanGostein, USG president and Gabelli School of Business at Lincoln Center ’22, said that the procedure of allowing vice presidents to be involved in executive meetings is something the president can decide to permit. Inclusion in these meetings will be reimplemented with Pulatani as vice president.

“Inviting the VP is usually reserved as sort of a treat for the VPs that are doing their job, so if the VP isn’t really fulfilling his duties, he’s not invited,” VanGostein said. “Because Djellza has been fulfilling her duties — and she’s been doing them really well — going forward, the VP will be invited to these executive meetings.”

Pulatani supported this change in procedure.

“That will allow things to go a little bit smoother because you have both the VP and president in those meetings, so I think it’ll be very beneficial to USG as a whole.” Djellza Pulatani, FCLC ’24, new USG VP

“That will allow things to go a little bit smoother because you have both the VP and president in those meetings, so I think it’ll be very beneficial to USG as a whole,” Pulatani said.

He said during the 2019-20 academic year that Tina Thermadam, former USG president and FCLC ’20, allowed Sundstrom to run for the facilities chair position without advertising it to the student body.

“Because that happened, we were able to do the same thing (with Pulatani). So we opened the position up to anyone within USG who was eligible,” VanGostein said.

Multiple members of USG were planning to run for the position, but at the meeting, it was determined that Pulatani was the only one who had the necessary qualification of being involved in USG for two semesters.

“I feel really lucky that USG is very supportive and that the president is so easy to work with.” Djellza Pulatani

“Therefore, our only option was to look to precedent,” he said.

Dorothy Wenzel, adviser to USG, was not at the meeting when the election took place and said she cannot comment on the decision yet. Wenzel added that she is excited to get to know Pulatani more in her new role.

According to Pulatani, she still needs to be trained as she takes on the vice presidency, but she feels “really lucky that USG is very supportive and that the president is so easy to work with.”

“He really has welcomed my vice presidency with arms wide open,” she said. 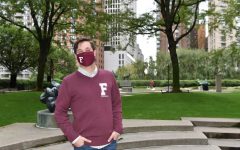 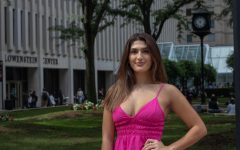