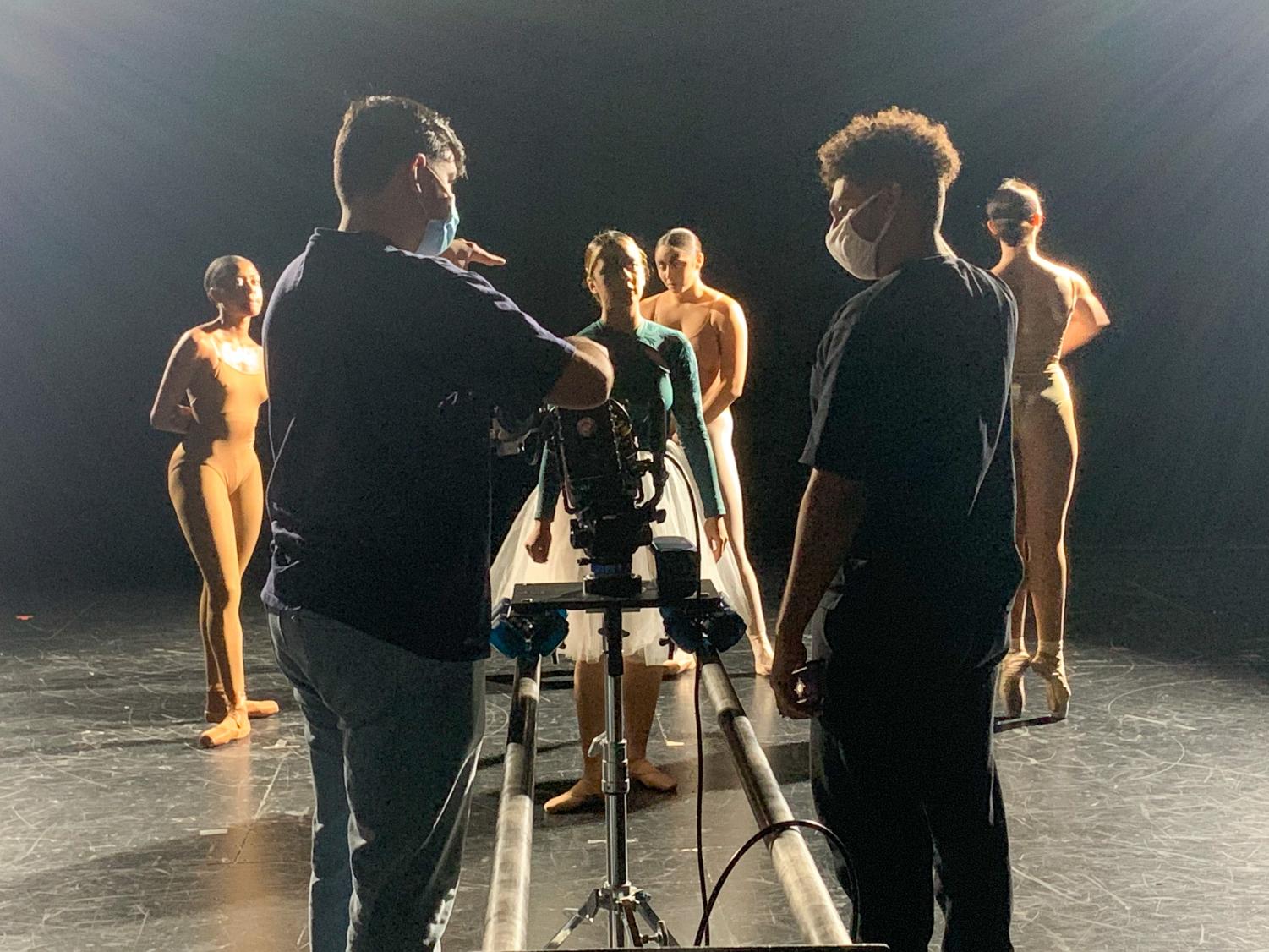 Tommy Espinal and Enrique Caballero work together on the set of their most recent film, “Method.” (COURTESY OF ENRIQUE CABALLERO)

Tommy Espinal and Enrique Caballero work together on the set of their most recent film, “Method.”

From Filmmakers to Friends

In a socially distant visual arts classroom, the ferocity of friendship erupted beyond distance.

Wearing a Columbia Pictures-embossed sweatshirt, Tommy Espinal, Fordham College at Lincoln Center (FCLC) ’23, displayed his passion with the logo on his chest. His best friend, Enrique Caballero, FCLC ’22, sat by his side as they reminisced on how their devotion for filmmaking led to their close bond.

Be Free and Be Friends

It all began when the two were enrolled in the Ghetto Film School (GFS), an immersive and intensive filmmaking program for high school students. According to its website, GFS’s mission is to aid aspiring artists in “learning both the art and business of cinematic storytelling and production training while getting the preparation and guidance to advance their education.”

“We were always in a position where we had to be near each other,” Espinal said, looking with amusement.

“I didn’t really know what to expect from him. I just didn’t think we’d be friends,” Caballero said. “Then, we’re in a film program together and we kind of have to do projects together. I started to realize that he’s a pretty nice dude.”

At the end of the program in 2018, Espinal’s script was chosen for an international thesis project that GFS runs twice a year. The project was titled “Be Free,” and it told the story of an orphan boy in the 1937 British Palestine Mandate, where he is “forced to examine his own moral compass when he risks his life to save a young girl.” Espinal was able to pick his production team, where Caballero gave a directorial pitch that impressed him. Espinal and Caballero spent a year workshopping the script and 10 days together shooting the film in Israel, where the process both forced and fostered their relationship.

“We became better friends as the process continued, but also it’s hard to become a friend of Tommy’s because he’s closed off. So I definitely think he was my friend first before I was considered his,” Caballero said.

Espinal jokingly replied, “Oh yeah, I definitely just kept thinking, ‘who is this dude who keeps following me around?’ but he grew on me.” There was rarely a dull moment throughout this interview as the two constantly laughed and bounced their energies off one another, resulting in hilarious banter.

However, the tone did get more serious the more their past projects and films came up. The pair truly loves what they do and they never spoke of their work in a way that was anything less than earnest. The time spent working together on “Be Free” created a duo that now rarely works without the other.

However, the creative process doesn’t always go as smoothly as their chemistry. “We have a lot of conflict when we work,” Caballero said about their process. “But I think when we collaborate, it’s probably the best work we could get out there. When I try to do my own work or he’s trying to do something, it’s not as good as if we just work together.”

Espinal agreed, highlighting that their creative differences may in fact be one of their greatest strengths. “We have a lot of similarities but at the same time, we have different styles. It kind of clashes but also meshes really well.”

During Espinal’s senior year of high school, he completed the script of a short film titled “Method.” He said the film slowly but surely became his passion project.

“At the core, ‘Method’ is about how someone’s obsession for art can kind of ruin their relationships with the people that they love. It tells the story of a Method actor who’s obsessed with trying to finish this audition tape while being in the process of having his first daughter. So it’s really this battle between your passions and your obsession,” explained Espinal.

A Method actor desires to fully inhabit their character both on and off the set. Inspired by the infamous stories and conspiracy theories behind Heath Ledger’s decision to go Method for his performance as the Joker, Espinal found a bit of himself in the message of the film.

“I mean, I always felt like I know where I wanted to be in my life, and sometimes I put so much time into that idea that I lose sight of the smallest things like family time, or spending time with my sister, or even having moments like this. Sometimes like I feel like mentally I’m just so focused on getting there that I forget about what’s happening now,” Espinal said.

Caballero laughed and disagreed, saying that he doesn’t feel this sense of obsession. Espinal joked that it’s because he’s constantly sleeping during the day.

Side-eyeing his friend, Caballero clarified that “filmmaking is my passion and my life, but I’m thinking of the way of the actor in the movie and I’m not necessarily on that level.”

Getting this project to production wasn’t an easy process. “Originally I was supposed to shoot my senior year of high school,” Espinal said. “But we didn’t have the money, we didn’t have the resources, we didn’t have the people, the script wasn’t there, so it was all these reasons for waiting for the right time,” Caballero continued, picking up right where Espinal left off.

After finding the right leading actor, (a friend from GFS and a Method actor himself), gaining financial support through a GoFundMe fundraiser and working through the script together, “Method” finally went into preproduction in March 2020 when New York City went into lockdown due to the coronavirus pandemic.

“At the time, we thought this whole thing (lockdown) was going to be like a month,” Caballero said. Sadly, this was not the case, and NYC was in a state of lockdown until the first phase of reopening in June. During that time, they continued to work on “Method,” supporting each other both as colleagues and friends. The two were finally able to film throughout the summer and fall.

Caballero noted that this film may be coming out at exactly the right time, despite the hurdles. “Because we were using the element of theater and Broadway is closed right now, we can’t really see that anymore. But we get to reintroduce that to people cinematically.”

“Method” is currently in its final stages with roughly 10% of filming left and post-production editing well underway. Both Caballero and Espinal are hopeful for the film to premiere in 2021.

When prompted what would be next for the two creatives, Espinal said, “I’m taking a break. I’m taking a detour. I think I might take a month or two and just move away from making the movies and just try to focus on other things.”

However, Caballero was doubtful about his friend’s rest due to the fact that he is currently writing his own passion project. “I’m writing my next movie. I’ll direct it, and he’s saying he’s taking a break, but the next thing he’s gonna do is help me, so no break yet,” he said. Espinal rolled his eyes, knowing that Caballero was right.

So while filmmaking may be responsible for the origin of this friendship, it’s not vital to its endurance. “We’ve grown to love each other, even though we never say it,” Espinal said. Caballero responded with a heartfelt “Ew,” before wholeheartedly agreeing with his friend’s sentiment. 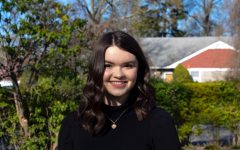