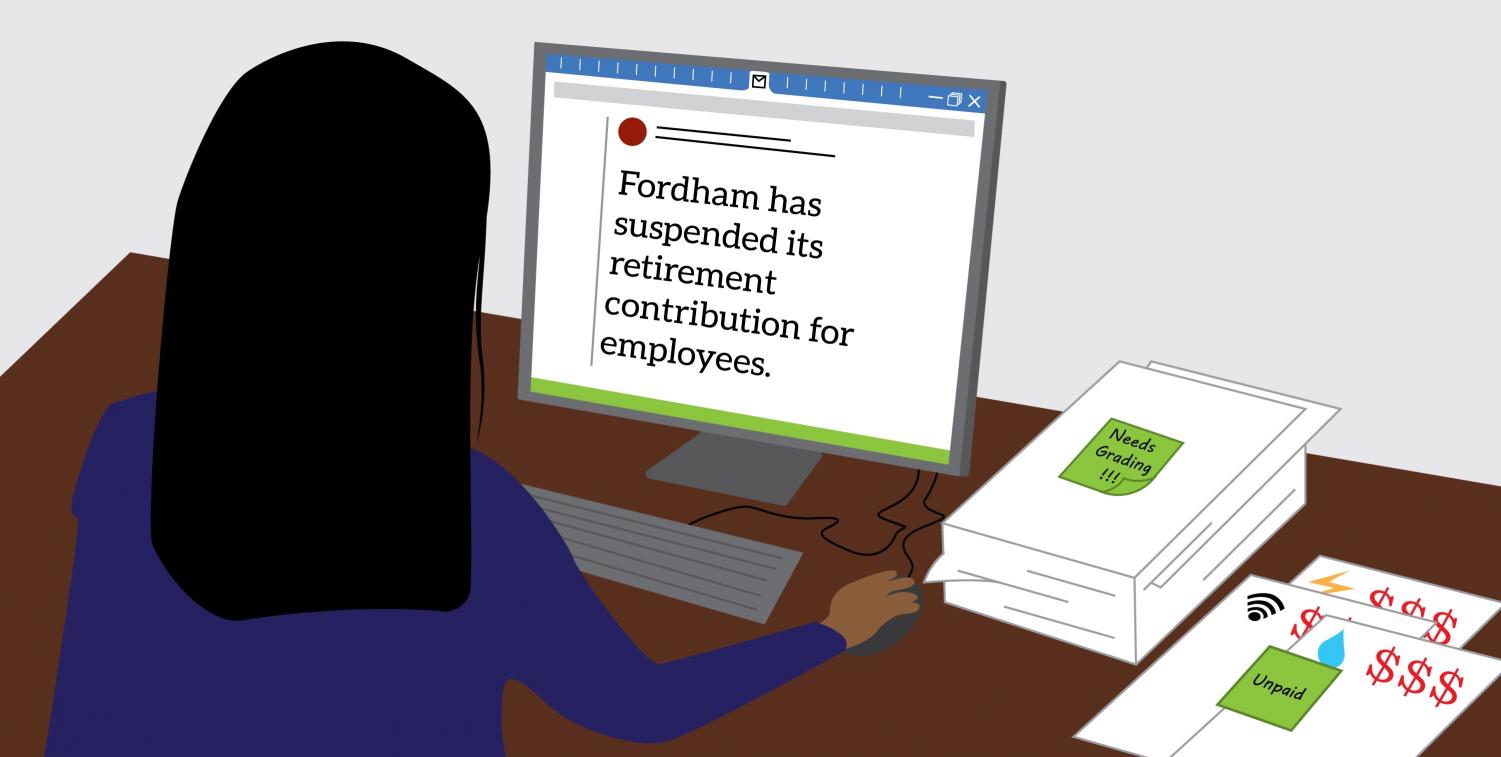 On Oct. 28, the university announced a suspension to its retirement contribution for employees. This was met by immediate backlash from many faculty members who had accepted a salary freeze. (MADDIE SANDHOLM)

This decision was met with immediate backlash from faculty, as they were already enduring a salary freeze they had willingly accepted in order to assist the university with its financial recovery. An Instagram account called @fordhamfacultyspeakout was created on Oct. 27 and has been posting anonymously about these concerns.

“We agreed to the salary freeze on the condition that the university administration sign a contractual agreement that they would negotiate with us in good faith about any further changes to our salary and benefits.” Shiloh Whitney, professor of philosophy

Associate professor of philosophy Shiloh Whitney wrote, “We agreed to the salary freeze on the condition that the university administration sign a contractual agreement that they would negotiate with us in good faith about any further changes to our salary and benefits.” Whitney and other faculty members claim that Fordham violated the agreement held by their union and Fordham because they bypassed negotiations altogether and removed retirement contributions anyway.

This news comes amid a semester where the amount of work faculty members are doing to support their students has increased dramatically, with some feeling as though the work they are doing is exacerbated by the lack of respect they’re getting from the university.

“This shows me that the Fordham board of trustees sees faculty just like they see students: as spoiled peons they can extract money from.”  anonymous Instagram contributor

On Oct. 29, one Instagram contributor wrote, “They break their contract with us, walk away from negotiation, saying they’re taking our money and there’s nothing we can do about it — contracts and universities about shared governance be damned. This shows me that the Fordham board of trustees sees faculty just like they see students: as spoiled peons they can extract money from.” 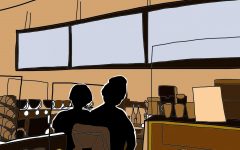 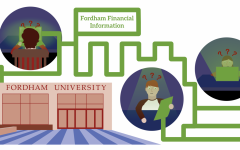 The Budget Was Finalized. Then Coronavirus Hit.

In their initial email, McShane and Daleo stated, “The Board of Trustees and the administration deeply appreciate the dedication, resilience, and resourcefulness of the faculty, administrators, and staff in serving our students during what we know is a very stressful period.” These professors say that this is the exact opposite of how Fordham is treating its staff.

“Never once in all the salary and benefit rollbacks since the 2008 recession has anything they have taken been restored.”anonymous faculty member

“Fordham has charged students full price for online courses, and faculty have worked extraordinarily hard … to come through for our students in the online environment, and the result is that the university is not in dire financial straits. So why present the situation as if we are?” asked Whitney.

Howe noted that the budget gap this year was due to an inability to accurately plan; the university had initially anticipated a FY 2021 scenario in which there were “overall enrollments of approximately 88% of prior year enrollments,” as well as the prediction that remote learning would only last one semester. This discrepancy led to “significantly less net tuition revenue and room and board revenue.” Fordham usually releases a budget report by this time of the year, but has yet to do so.

“I still believe that Fordham can be the institution it aspires to be.” Shiloh Whitney, professor of philosophy

Faculty members acknowledge the financial setbacks the pandemic has brought — and argue that they’re suffering from them, too — but continue to assert that the suspension of retirement funds with no end date in sight was not a necessary measure. 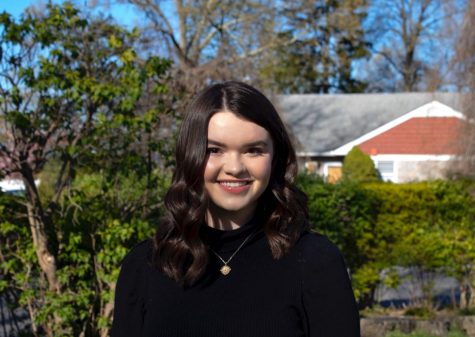 Samantha Matthews, Fordham College at Lincoln Center ’23, is a features editor on The Observer. She is currently majoring in journalism. When she is not writing articles, she can be found wandering around The Met, shopping or enjoying a cookie from Levain Bakery. 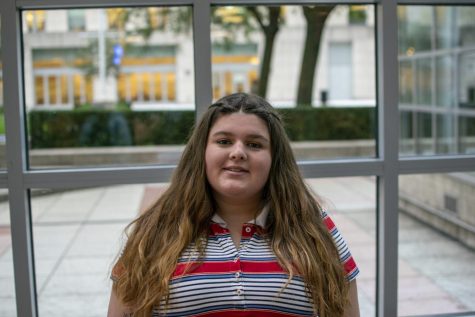 Nicole Perkins, FCLC ’22, is the features editor for The Observer. She enjoys photography and watching “Nathan for You.” Originally from Connecticut, she is majoring in political science and visual arts. 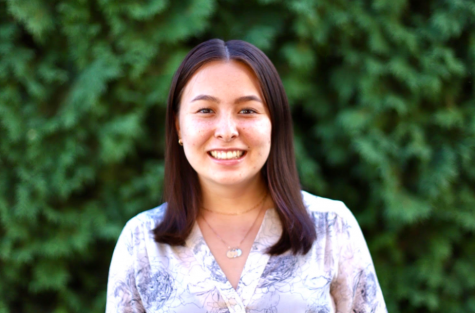 Maddie Sandholm, FCLC ’23, is a layout editor at The Observer. She is a new media and digital design major and spends too many hours exploring the Adobe Suite. As a true Oregonian, she enjoys hiking, driving out to the West (best) Coast or attempting a new DIY project.