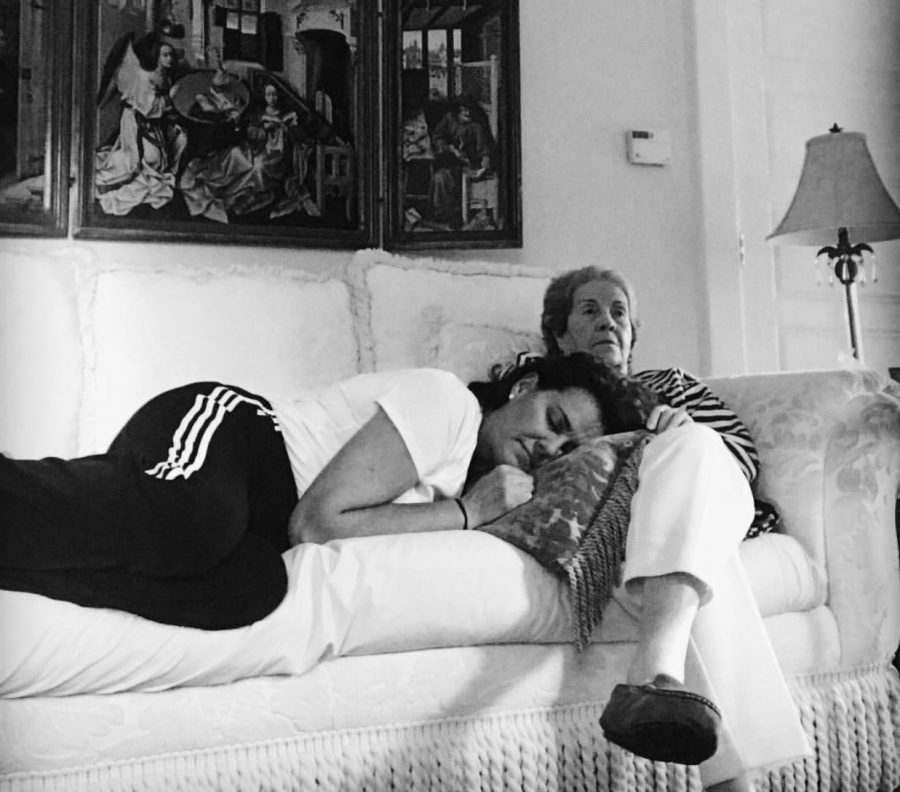 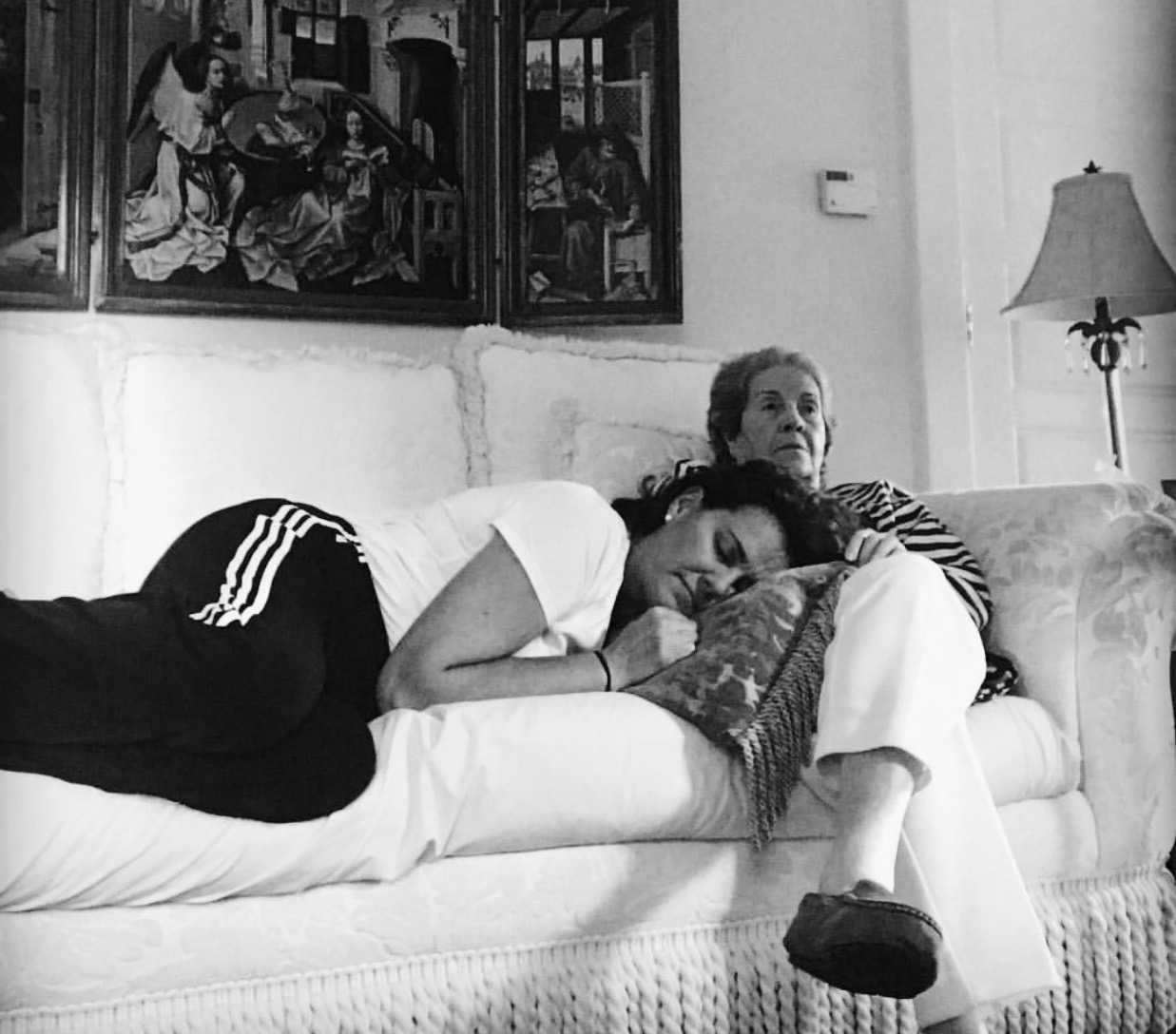 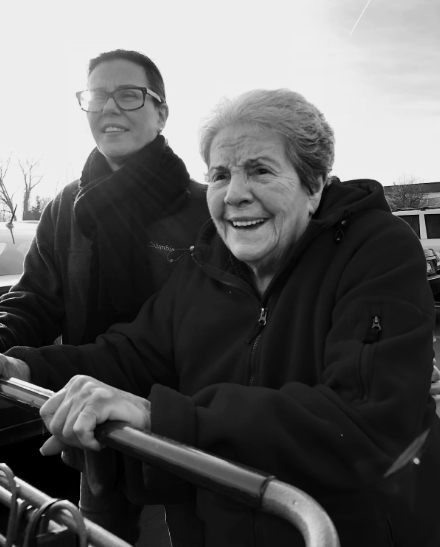 I only lasted two hours doing my mother’s job. Home from college after the fall semester, I was tasked with making sure grandma didn’t one, burn the house down and two, poop on the living room floor.

It should have been easy, except that it wasn’t. Seated next to me on the sofa, my grandmother drove me crazy. The questions didn’t leave her mouth. Answering the same thing on repeat makes it difficult to concentrate. I had to put my book down. She just wouldn’t stop.

Yes, this is where you live. No, your daughter is not home. Abuela, please, she’ll be back soon. Yes, you’ve lived here for almost ten years.

In a plea for help, I called my mother, begging for her return. She’d  know what to do with grandma; she’d been her sole caregiver for the past 10 years. Over the phone, I explained that the reading assignment I was struggling to finish while on babysitting duty was due tomorrow, that one could only handle a grandmother’s incessant questioning for so long before losing their patience.

“Imagine doing this everyday,” my mom replied. I couldn’t. She came home ten minutes later and saved me from the burden of babysitting grandma – a kind of little sister I never envisioned. 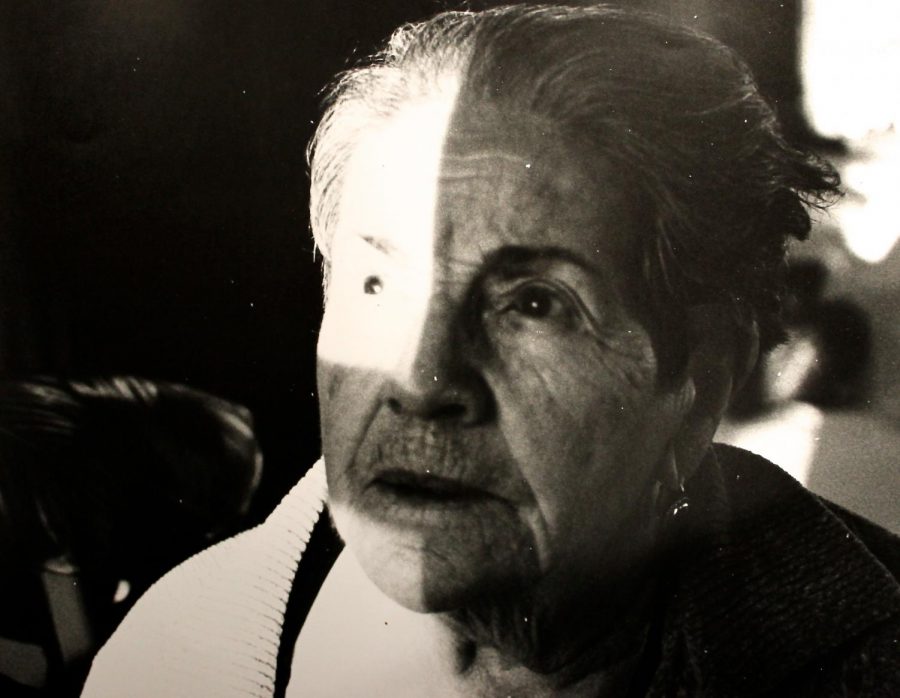 Ten years ago, life slapped mom cold in the face with a flashing announcement: “You’re expecting! And, surprise, it’s your mother!”

She prepared the house for the incoming guest: an adorable, 5-foot-tall, Cuban old lady with a severe case of dementia. Alzheimer’s had snuck up insidiously. At 85, when she first arrived, she could not remember the date or her address. Now, at 95, she sometimes doesn’t recognize her own daughter. Names have been long forgotten. As her only child, it was understood that it would be my mother who would be her caretaker.

This is a burden that she has carried for far too long. When my mom and her parents arrived to the United States from Cuba, they kept their values strong. Along with salsa dancing after dinner, one of the most important traditions was family commitment. You show your love by showing your willingness to care.

“Cuídame,” my grandmother says each night as mom walks her up the stairs. “Take care of me.”

The weight of this responsibility, the guilt of possibly letting down her family, has left my mother weak. She has always promised, even as a kid, that she would be the one to look after her parents, not a stranger in a nursing home.

It’s a promise she refuses to break.

Since grandma’s arrival, I have watched as my mother cares for this unexpected child with the most honorable, brave and exhausting dedication that I have ever seen. She has been the most extraordinary example of love and compassion, of strength and resilience.

Every time I am home, I am left in awe, and as of late, fear.

Recently, my mother has said she’s on the verge of a heart attack. “24/7 pressure in my chest,” she told the doctor.

“I feel like I can’t breathe. It’s this tightness that won’t go away,” she explained to me. Terrified, I told her to follow through with the hormone therapy the doctor suggested.

The thought of losing my mother to a stress-related issue makes my stomach turn. It makes me cry because I don’t get it. Her pressure is preventable.

Mom is quick to get defensive over why she can’t work a full-time job. Caregiving isn’t a part-time gig. She barely sleeps, always running to grandma’s shrieks in the middle of the night. On top of that, there’s the doctor appointments, the diaper changes, the three meals a day.

In two hours, this job drove me crazy. Now I imagine 10 years and feel like a coward. 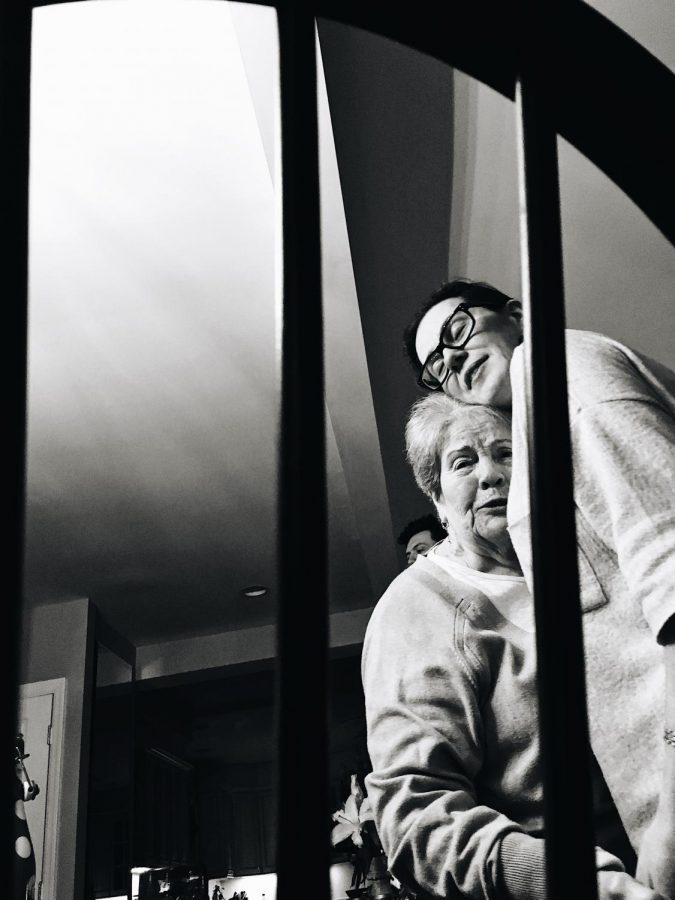 When I went to college, I figured things would be easier for her. One fewer child to take care of. I was wrong. Grandma’s dementia worsened. She regressed, becoming more like a baby and even more helpless. She began to need diapers, sponge baths, constant companionship and reminders of her name.

On Thanksgiving this year, mom suffered a nervous breakdown. There was, quite literally, too much on her plate. Preparing the food; getting the house ready for guests; watching over two children, a husband, a 95-year-old mother – it was all too much. It would be too much for anyone.

In front of a steaming bowl of black beans, she screamed, “I need help!” She ran upstairs sobbing. We did what we could, but in the big picture, there isn’t much that can be done. Helping set the table, cook, and clean up on a holiday doesn’t solve the grandma issue long-term. My dad works a full-time job to supplement the income mom isn’t making. My brother and I are in school, not home.

Now my father wants to be home less often. Ten years ago, he respected and supported my mom’s good intentions. He welcomed in his mother-in-law with open arms, but now it’s been 10 years without a break.

Imagine a man’s worst nightmare: Not a moment alone in his own home without his dementia-ridden mother-in-law popping into the picture. Dinners ruined over diaper spills. Peaceful nights interrupted by screams. Weekend dates lost to daycare duties.

My parents used to be one of the happiest, loving couples in town. Friends asked what their secret was. It definitely wasn’t a senior citizen stepping into the picture. Nowadays, they still love each other, but their relationship has been hitting new lows. Arguments have become frequent as grandma remains in the house. The burden to care for her has become a marital burden that my father never agreed to at the altar.

Mom has begun to say – aloud, which scares me even more because of the verbal validity – that she needs to save her marriage. And so, she now faces a moral dilemma: To desert her mother or not to desert her mother? 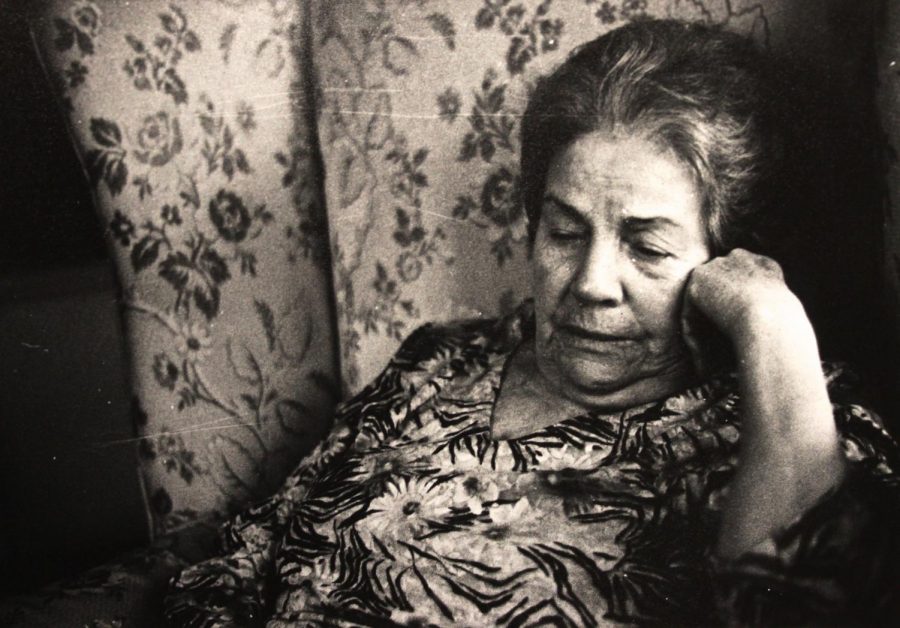 Sending grandma to a nursing home would be the most cowardly thing she could ever do. After all this time, energy and money wasted, only to end up exactly in the situation she promised she would always avoid? Never.

She’s quick to come up with reasons why grandma can’t be sent away on her own. She doesn’t speak English. She can’t defend herself. She’ll be lonely. She won’t eat. She will die.

My mother has reached a breaking point. She’s past burn out.

Her eyes have gone stale, her energy has waned. The reality of our multigenerational family has taken a major toll. With her health faltering, her mental sanity slowly diminishing, she’s hitting compassion fatigue. The pressure, the hopelessness, the fear – it’s all weighed down to the point of a secondary traumatic stress disorder.

She’s begun to see a new doctor to treat it, but it won’t be enough. How can she heal if grandma is calling her name the second she steps out of the room? 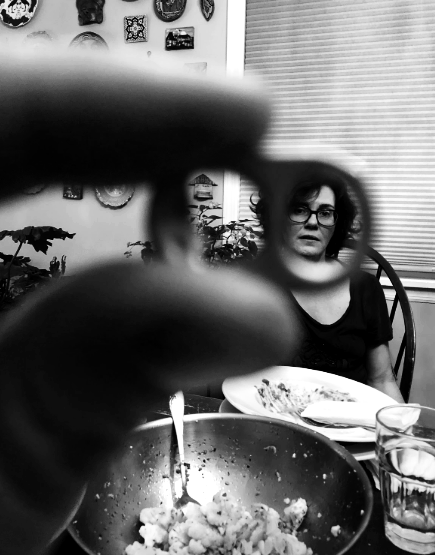 I can’t watch anymore without saying anything. I’ve begun to ask, with pressing urgency, “Why can’t you just send grandma to a home?” And though she continues to reject me, she’s slowly letting up.

Maybe it’s because one of her friends recently told her that she was “using her mother as a crutch.” That she was “afraid to get out and pursue life.” That she let her mother “stop her from living.”  I’ve never seen my own 55-year-old mother so hurt, but the words have changed her.

She’s begun to consider other options, but with hesitation, saying, “It’s the last thing I ever thought I would have to do. To put my mom in a place and not know what’s happening to her.” The fears are still real, especially because “it sucks that nobody, nobody understands what this is like.”

That’s the ultimate killer. She’s alone in this experience. She has no siblings to share the burden, to answer the difficult questions. If she puts grandma into a home, the guilt will fall exclusively upon her. I’m trying to be the caregiver now, to lessen this weight on my mom’s shoulders. I tell her that her health is what matters most, because it truly does. A dead daughter cannot take care of a dying mother.

I don’t mean to sound callous or unloving. I just can’t watch my mother’s health, sanity, marriage, friendships and happiness crumble any longer. I have started to speak up, repeating it again and again, in hopes that she’ll finally listen.

Mom, it’s time to be a different kind of brave. Please send grandma to a nursing home. 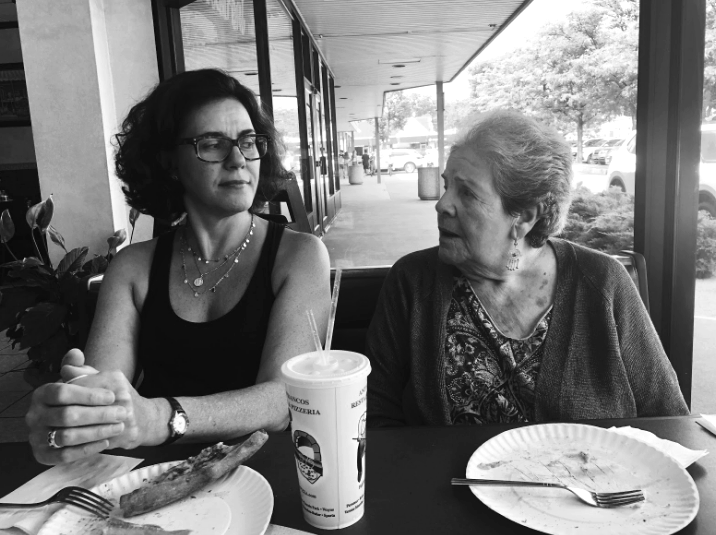 The Observer • Copyright 2020 • FLEX WordPress Theme by SNO • Log in