When in Rome, Do as the Romans, Especially if They’re Crazy 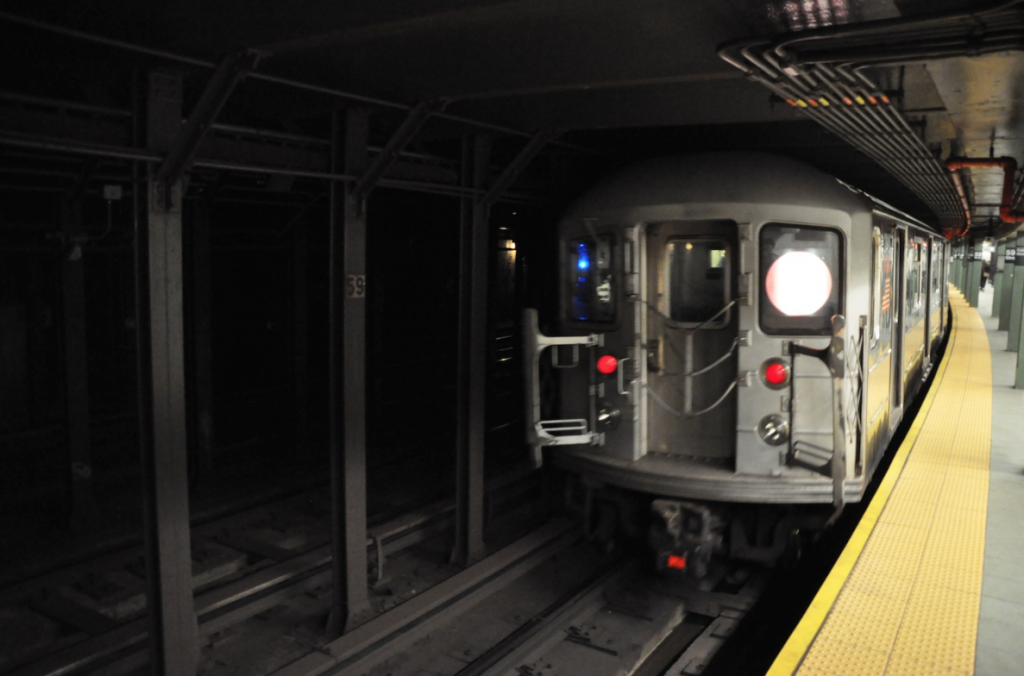 The train is an okay place during normal commuting hours, but it can be terrifying when you ride it alone at four in the morning. (Mario Weddell/The Observer)

Commuting solo on the subway is not a big deal during the day. Sure, every now and then I get on the wrong train, or sit in waffle syrup or end up standing next to the pamphlet-carrying prophet of doom for the whole ride. But being alone isn’t a problem, especially if I have headphones or a book to let people know that ignoring me is okay, and even preferred.

Being alone only becomes a problem during the zombie hours of the night (The “zombie hours” span that block of time when, if you were to email someone, you couldn’t decide if you should end it with, “See you tomorrow,” or “See you later today.”).  This is typically between 4 a.m. and 5 a.m., when normal people aren’t riding trains, and therefore, abnormal people are.

It was around 4 a.m. when I was trying to catch a downtown 1 train from Harlem to Midtown. I know this already paints me as one of the shady characters I’m about to describe, but I was just making sure a friend got home safely after a night out. So there, I had a legit reason for riding the train that late by myself.

Anyway, the train pulled into the station, and I somehow ended up in the one car that wasn’t completely empty. There was a man slouched in the corner at the end of the car, sleeping with his hands in his waistband. He looked comfortable, and I would have liked to nap in the corner with my hands in my pants, too. A man at the opposite end of the car was humming to himself and stretching wildly. I wanted to walk over to the sleeping guy, but instead I sat down immediately to attract less attention from the stretching man. I was in the middle of the car, the halfway point between two extremes of energy. A man was sitting in the seats across from me.

Then someone started singing. The man who had been stretching was now waltzing around the train car. He sounded kind of like a dog. He was wearing fuzzy earmuffs. He was getting closer and closer to me. I didn’t have headphones, so I couldn’t pretend I didn’t hear him. I tried to ignore him, but the singing and barking was growing ever closer.

I was staring at my shoes; a second pair of shoes entered my field of vision. He was standing right next to me. He was chanting to the heavens. I was scared. I could hear the chuckles of the eye contact man. Then I flashed back to a conversation I had in high school with my favorite teacher.

She had studied at Columbia during her undergrad years. I remember her telling me that crazy people were always drawn to her on the trains, and it probably had something to do with her choice to teach high school English. At the time, I thought it was a joke when she said, “You just have to be crazier than them and they’ll leave you alone.” But now, her voice in my head had the power of Obi Wan Kenobi.

In Star Wars, Luke has to shoot missiles at a tiny weakness in the Death Star’s defenses to destroy it. As Luke seems prone to failure, Obi Wan Kenobi, his dead mentor, appears in his thoughts and gives him advice:

Except this time, Obi Wan’s voice was my teacher’s voice (who is not dead), and she said:

I looked up at the ear-muffed madman. He leaned down and shouted right into my face, “How you like it?!”

I responded with, “Huh. Huh. Huh. Huh,” starting to panic. Then I stuck my legs straight out, like I was on a swing, and started scratching an imaginary itch across my stomach, neck and face. I pretended there was a bug under my skin.

The eye-contact guy started laughing out loud. The singing guy stood up straight and gave me a look of disgust. He started singing again and walked back to the other side of the train.

Sometimes I think everyone is pretending to be crazy, to fit in with people they think are crazy.