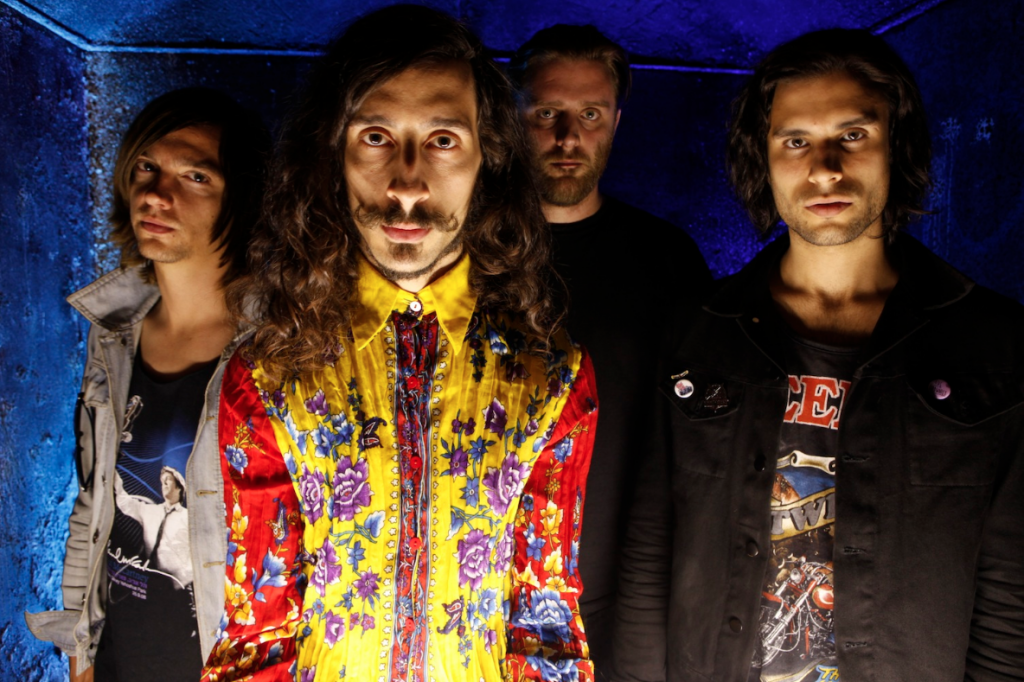 Bristol-based band Turbowolf is one of the few bands who take the live performance and resurrect it for 2012. (Courtesy of Turbowolf)

Rock n’ Roll is dying. Rock music isn’t. It’s as simple as that. And people can’t comprehend that they are two separate entities. Rock n’ Roll brings the hell and spitfire that people run to the hills for and don’t look back. It’s a certain class of attitude only characterized by a rapid transformation when surrounded by sweat, hair, second-hand t-shirts and the like. “Rock” music falls to the feet of Rock n’ Roll and kisses a ring on every finger. Anyone can “rock,” but not everyone can rock and “roll” at the same time.

The Stooges knew this quite well, with Iggy Pop slashing at his chest and blood pouring to the floor. Sabbath knew this also, emitting the sounds of Birmingham sheet metal factories and channeling them from the stage. Blues player Howlin’ Wolf was an originator, maybe even a great-grandfather, scaring the living crap out of white folk who thought he just swallowed a rusty can full of nuts and bolts. And now Bristol, England’s hell-hath-no-furry four piece, Turbowolf, carry the torch and tradition of what it means to play and live Rock n’ Roll in 2012.

Touring the UK non-stop, the amount of exposure the band has been attracting is almost cult-like. Almost unheard of in the States yet, people find it difficult to characterize the sound of Turbowolf; is it punk? Is it metal? What’s with the synthesizer? The answer is: Stop asking those questions. Turbowolf have developed into their own species of animal—unattainable, impossible to catch and prized for their hair, guts, glory and showmanship.

Carrying the torch of Rock n’ Roll’s forbearers is not an easy task, but the boys from Bristol do it with ease that constitutes a time in music that was about raw performance and athleticism. Rock n’ Roll may be dying, but it’s getting one hell of a resurrection by Turbowolf. With their debut album released this past December, the group channels the elements of Rock n’ Roll that needs fixing; sweat needs to be drawn and wrung out; beer should be splashed into the eyes of audience members and burn for a couple seconds; singers need to start hanging from ceilings more; and singer Chris G does just that.

Chris G, the howl behind the scowl, looks as if Frank Zappa spent his every waking hour at CBGB’s on the weekends. He also has some of the best damn button-downs ever worn in music. The man behind the mustache brings the wiry, wide-eyed aesthetic to their live shows, where he feeds off the crowd like a modern Vlad the Impaler and the crowd answers right back. The vocals are salty, the lyrics apocalyptic and aggressive—sending a size 12 Doc Marten up the ass of Satan himself. It’s pure energy that doesn’t just come out of nowhere.

Off stage, the band is quiet, reserved and contemplative. In an interview with Chris G for Vice Magazine, Chris talks work ethic. “I think no matter what you do in life, you have to do it to the best that you can.”

The audience demographic is weird, but in a great way. The shows get everyone from nerds, hipsters, metal heads, greasers and English dandies, all tearing at the stage together but in perfect harmony. What Turbowolf calls “musical wrestling” is just that. The burgeoning distortion in songs like “Let’s Die” and “Rose for the Crows” are thick and muddy, grimy even. The drums, sporadic and shattering, as if the three-headed hell hound Cerberus caught you sneaking over the gates to hell.

Even though they’re British, the sound and energy of the music and live performance is distinctly American suburbia. It’s the catering to legions of youthful fans, the demonizing artwork of skulls and science fiction and a look that says, “Come with me. Bang your head. Raise a fist.” The tour van is almost a requirement for groups like them. It’s cramped, it smells and it’s an ugly color. Would they have it any other way? For one of the hardest working bands touring right now, I would like to think not.