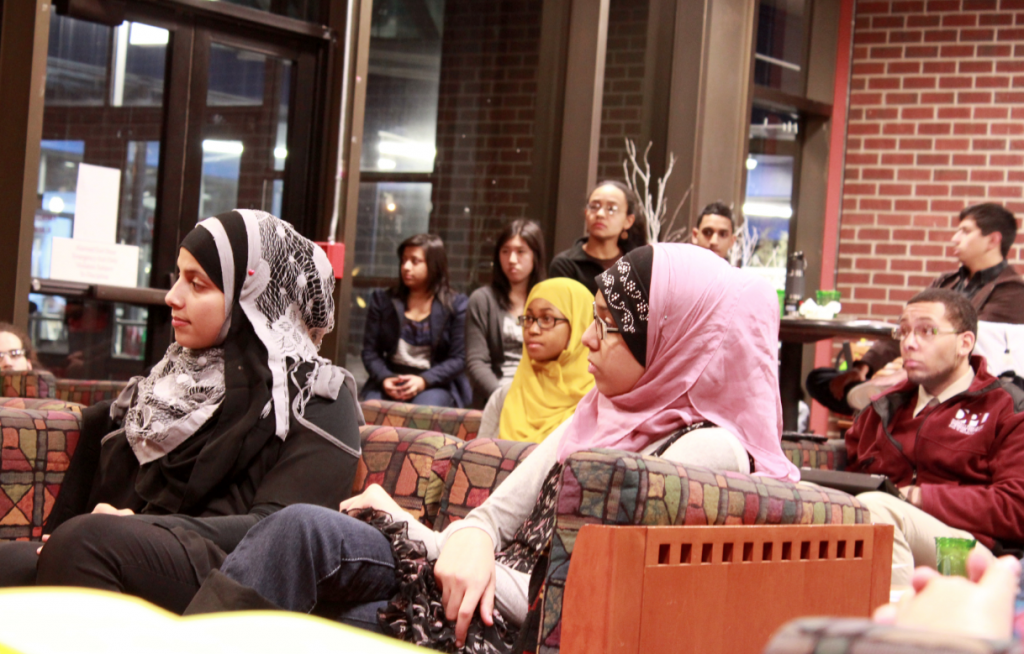 After the NYPD monitored Muslim college students in the northeastern U.S., FCLC students attended MSA’s “Know Your Rights” event where they learned how to defend themselves if approached by law enforcement. (Ayer Chan/The Observer)

By LAURA CHANG and RICHARD RAMSUNDAR

The Huffington Post reported that police looked through student websites run by Muslim student groups at Yale, the University of Pennsylvania, Rutgers and 13 other colleges in the Northeast. The NYPD also sent officers on school trips where undercover agents recorded student names and noted the number of times they prayed during a whitewater rafting trip.

Fordham College at Lincoln Center (FCLC)’s own MSA held a “Know Your Rights” seminar on Feb. 21 to inform students of their civil rights.

City University of New York’s Creating Law Enforcement Accountability and Responsibility (CUNY CLEAR) was invited to the event to provide students with advice and information, including what to do if they were stopped by law enforcement.

Nusrat Jahan, president of MSA and FCLC ’13, said that not every Muslim American knows his or her rights. “This is perfect timing for a workshop like this,” Jahan said. “Muslims want to cooperate with the police and they don’t want to seem suspicious or be a target.”

According to CUNY CLEAR representatives, the NYPD’s surveillance of Muslim Students Association has been going on for quite some time.

“People always have the right to remain silent when questioned by a police officer,” Shamas said. He said that it is imperative for people to remain silent when questioned and to ask to see an attorney when pressed for interrogation. In addition, Shamas said that people should not give the police a detailed identification card, because it puts them at risk for further questioning.

In a scenario where an officer visits one’s home, Akbar said, “If an officer comes to the door you should ask for the warrant.” He said that it’s normal for police officers to visit neighborhoods as well as to question residents.

The speakers made it clear that knowledge of legal rights is one of the most important ways to combat police discrimination and threatening interrogation. “They were documenting where Muslims were staying, eating and praying, therefore, it’s a good idea to know your rights since you never know where you can be stopped,” Akbar said.

In addition, Akbar said she was both horrified and not surprised when the AP article came out. “I was horrified because…the NYPD is criminalizing Muslim youth across the country without any good reason to do so,” she said, “I wasn’t surprised because based on everything we know about the NYPD’s operations on the Muslim community, we know that they are surveilling on a broad based suspicion and we also know they don’t limit their operation to just New York City.”