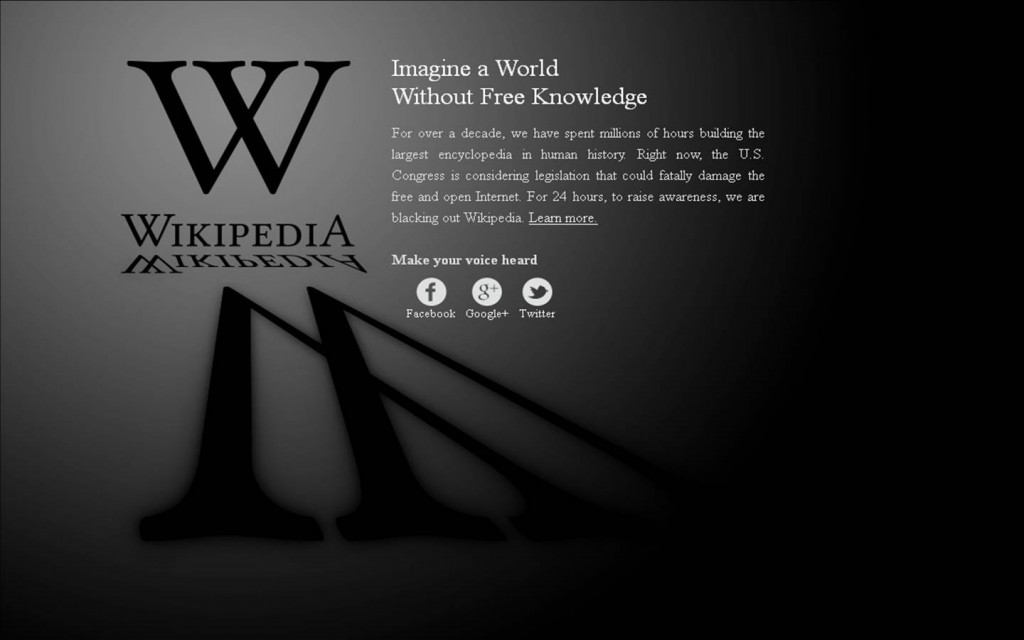 By LAURA CHANG and HARRY HUGGINS

The Fordham College at Lincoln Center (FCLC) community shared their varying views on online piracy and the government’s actions to stop it, after several events in January attempted to stop censorship bills from passing in the United States.

After Texas Republican Lamar Smith announced the Stop Online Piracy Act (SOPA) last October, controversy spread and provoked Internet users to retaliate. Popular sites like Wikipedia and Google hopped on the bandwagon protesting against SOPA, by respectively shutting down for a day and also censoring their logo on the homepage. In another response to online piracy, the Department of Justice shut down the popular file-hosting site, Megaupload, on Jan. 19.

Adjunct Professor of Communication and Media Studies Lori Knight is skeptical of the government’s anti-piracy actions. “I’m not quite sure they’re trying to end it,” Knight said. “They’re trying to find a way to police it based on the premise that this is an easy way for a lot of the film and music companies to battle their loss of revenue.”

Knight believes the people in Congress might not be the right people to be deciding something as important as Internet censorship. “Half of these guys think the Internet is a bunch of tubes,” Knight said. “We’re so fast with adopting these new technologies that the ethics are lagging, and if the ethics are lagging, then the lawmakers won’t understand it. The lawmakers are assuming that everyone is a criminal, so they’re shutting it down.”

Dan Downs, FCLC ’13, who has worked with companies that used Megaupload, agrees with Knight that taking it down was a poor move. “While piracy certainly does exist on those websites, it doesn’t necessarily mean we should legislate an entire sector of web technology, especially when the law is not exactly effectual. Even if we do legislate and attack these sites, for every one you destroy, there will be six or seven more that crop up in its place.”

Although Carl Bhamdeo, FCLC ’13, was not necessarily against or for the takedown of Megaupload, he said, “[It] seemed like a very well-timed and strategic move.” He said that SOPA caused a huge divide between the corporate world and the public because it was so controversial, and it seemed unlikely to pass. “SOPA had good goals, but the disagreement was over its proposed methods.”

In addition, Bhamdeo said he would not be surprised if another anti-piracy act will be proposed this year. “By taking down Megaupload, the government made it clear that piracy is still something that needs to be discussed and, with or without SOPA, they will continue to fight against it,” he said.

Some students, like Hillary Fisk, FCLC ’12, believe that government intervention could be a good thing. “I like the idea of protecting intellectual property,” Fisk said. “Piracy is a huge problem. I can’t think of a feasible way to stop it completely, but this could be a great way to start.”

Knight sees hypocrisy in the way the government is pursuing piracy issues. “If shows like CBS News or any of the networks take stories and footage from Syria, someone in Syria uploaded that material from there. [The shows] take that material and if viewers are outraged by it, we upload it on any of the cloud sites. [The proposed laws] would be pursuing the person in Syria who uploaded it.”

In Knight’s view, the issue can be dismissed in three words: “It’s complete nonsense.”