The Penn State Scandal: 15 Years Too Many of Silence 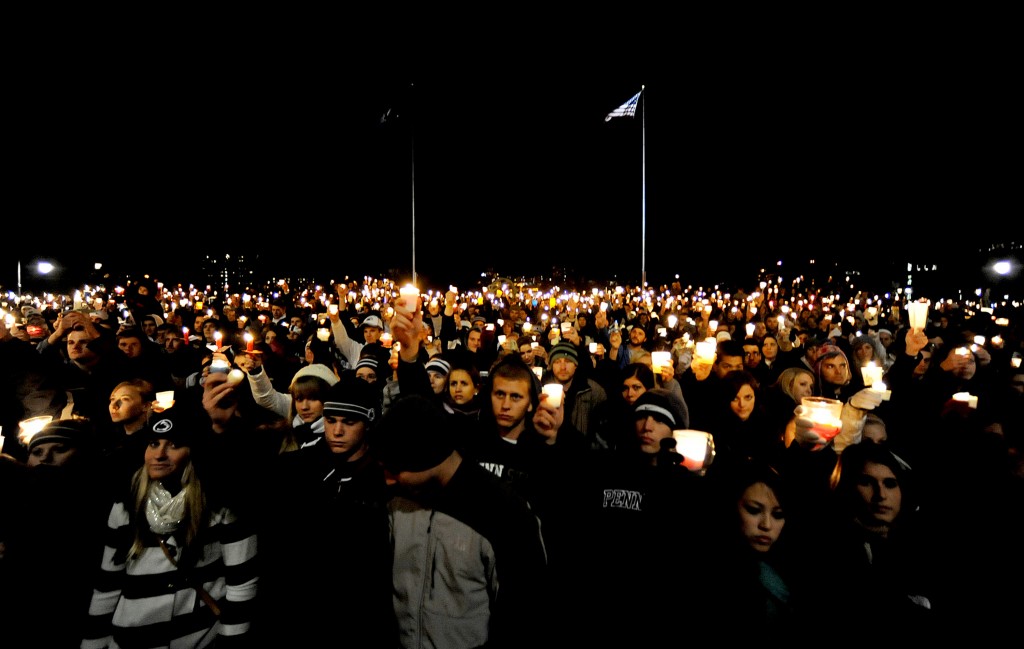 The Penn State University (PSU) scandal has created a whirlwind of media coverage, with different sides of the story being uncovered every other day. The media indulges in each bit of unearthed evidence, dissecting every detail that emerges. Despite the copious amount of coverage and information that the media is shedding light on, there is still one question that remains for me, a question that hopefully springs in the mind of many others as well: How? How did this happen? And how in the world did it happen for so long?

Let’s go over the details of the case first. Jerry Sandusky, the former assistant coach of PSU’s football team, is charged with 40 accounts of sexual abuse over the span of 15 years. Sandusky worked closely with young boys and even created “The Second Mile,” an establishment whose tag line is “providing children with help and hope.”

As it currently stands, there were about five people on the PSU board who knew about the allegations and didn’t forcibly put an end to it—one of the five being the beloved PSU coach, Joe Paterno. Paterno has been getting a lot of media attention, although he is not necessarily the villain in this tale (he could and should have done more, though). Recently, Sandusky has stepped out of his cowardly silence and has begun to speak… only to say that he is innocent.

My stomach churned and I felt sick as I heard Sandusky describe and deny his allegations in a phone interview he had with Bob Costas on NBC’s “Rock Center.” “I enjoy young people, I love to be around them. But I am not sexually attracted to young boys,” Sandusky said. He admits to showering and “horsing around” with the young boys. It amazes me that after all this attention, Sandusky thinks he can slip out of this scandal and plead not guilty. But then it hit me. He thinks he’s invincible because he has gotten away with it for so long. He thinks he’s able to slip through this because he knows that people have covered up for him.

There was a report on ABC News recently stating that the first victim who came out about Sandusky is now being bullied in school. The bullying was so bad, in fact, that he was pulled out of school. This victim had his life changed by a creep who took advantage of him, and now he’s being criticized by his peers. His fellow classmates think he is the reason Joe Paterno was fired, and they criticize him for starting the whole scandal.

Is there something I’m missing? It goes back to my first question. How was Sandusky able to get away with this? Is it because his position was so valued in the community that all the victims feared coming out because they knew they would be criticized? There is nothing more disgusting than that. The victims who came forward are incredibly brave for doing so.

Sandusky covered his tracks by being a seemingly good guy. He opened up a center for children, an act of kindness. He gave kids hope. This does not excuse him from being a sick individual who took advantage of little boys. It sickens me that for 15 years, this man went unpunished because of his status in his community. It sickens me even more that he’s now trying to get away with it all.

I don’t think people are overlooking the fact that what this man did was horrible. I think people understand he is a horrific monster, but they aren’t really questioning how this was able to happen. They’re saying, “This is a terrible thing that happened and hopefully it never happens again!” But it’s up to us to make sure this doesn’t happen again. There were clear signs and no one took the initiative to say this guy is a creep and something is wrong.

The thing that really drives me insane is that no one stood up for these boys. People covered up for this monster. And now these victims have to pay the price. Their pain is almost doubled as they have to see their stories being scrutinized and they’re bullied. It is beyond important to pay attention so that we can stop horrible things from happening. So while I ask myself how this happened, I ask people to take action rather than just hope that something like this can never happen again.