The Art of Saying No to Sidewalk Peddlers: Sidestepping the Cause 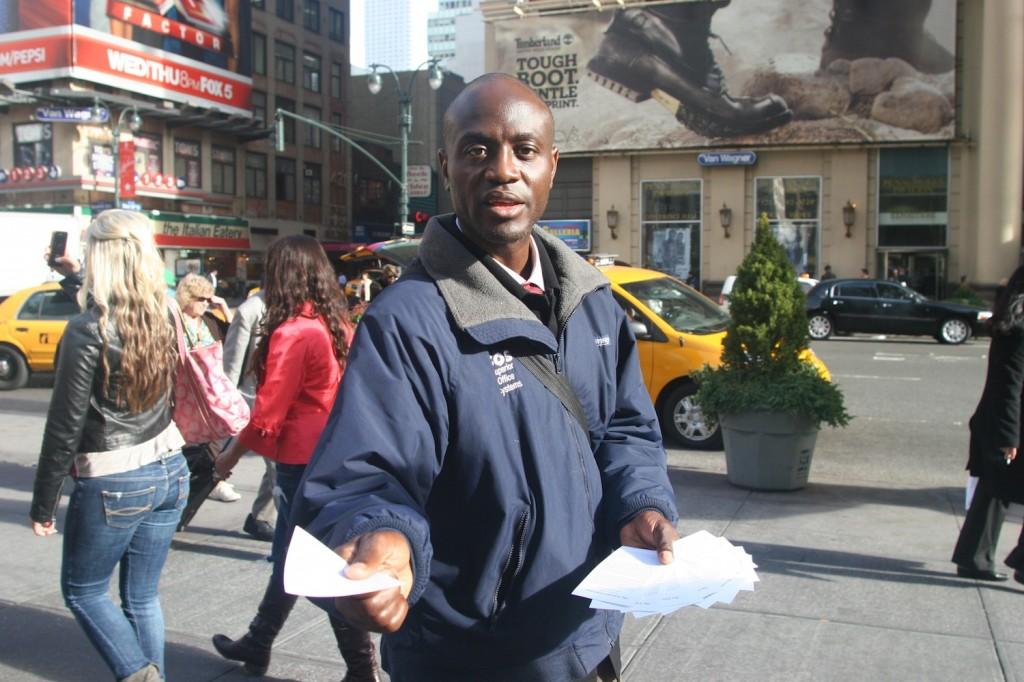 It’s better to avoid eye contact if you want to prevent peddlers from trying to garner your support for their organization. (Ai Elo/The Observer)

Often enough I encounter people asking if I have a minute for “insert cause here” and then they ask for a monetary contribution, normally a $15 a month commitment. These people are an unfortunate reality of New York life and their increased presence around Fordham makes them a concern for us all.

What makes these encounters so uncomfortable is that these people straddle the sidewalk, making it impossible to avoid confrontation. You can spot them from a distance, often because of the lanyards that they wear and the omnipresent binder or clipboard in which they hope their victims will sign over their hard-earned cash.

As you approach them, a panic sets in; you worry, trying to avoid eye contact. Perhaps you fiddle with your phone or reach into your bag rummaging for something you know you don’t have or maybe you increase your walking speed by five percent hoping to breeze right by them.

Despite all these theatrics, some still manage to speak to you. Do you ignore them and carry on? It seems most people do but I get anxious when I ignore people, regardless of their intentions. I find it rude. Does a simple “no, thank you” suffice? I should think so, but the way they respond often makes this a tricky situation.

Due to the brevity and unfamiliarity inherent in any such encounter, it can be difficult to read the subtext in their response. In some instances, it is easy to see them saying, “No problem” as being genuine, but other times the distinction is not so evident. Sometimes they’ll respond to my “no thanks” with waves of gratitude. Such graciousness is unsettling because I didn’t do anything to merit it.

Other times they are so effusive in their response that it makes me even more uncomfortable. They’ll say things like “I really appreciate that. Have a good day,” and your eyes widen in bewilderment. How do you respond to such enthusiasm? “Yes, m’boy, yes,” but that sounds far too patronizing. And I can’t condemn all the other people who don’t say anything at all without coming across as sententious and self-righteous.

Then there is the situation I dread most and that is when they ensnare you in conversation. Early in my collegiate career this misfortune did indeed befall me. There was a man in a shabby T-shirt wearing splintered espadrilles. He was collecting under the banner of the Greenpeace organization. “I like your shirt,” he said.

They say the devil is very seductive. I was wearing a Fahrenheit 451 T-shirt and this was the last time I wore anything that endorsed anything. The less you give them to lure you in with, the better. He probably never even read the book.

This was my first encounter with men of his kind and he employed all the tricks of his sordid trade in an attempt to convert me. I was assailed with facts and figures but never did my resistance waver, although he did spin quite a good yarn. When he realized his dark oratory was for naught, he released me.

I have to admit it was all rather exhilarating. I felt like Jesus outwitting the Pharisees and their rhetoric. You have to get up pretty early to fool me, good day, sir. In general, though, there was something disingenuous about this fellow and his artificial amiability. When I refused, he gave me a look as if to say only a lunatic could not have been stirred by his cause.

The blocks surrounding Fordham are under siege. In all the cardinal directions these moneygrubbers have set up shop preying on students. If you bothered to read my last story, I bemoaned the horrors of my commute. The last thing I need is a troupe of these people hounding me as I try to make my way towards school.

There is no solution to this problem but to ignore them, as rude and unfortunate as that is. They, like the wildebeests who move to moister pastures when confronted with the reality of a dry season, will leave the Fordham campus if we refuse to acknowledge them and will instead go search elsewhere for more willing sport.