Rick Perry Is Making a Ruckus Out of The Republican Party 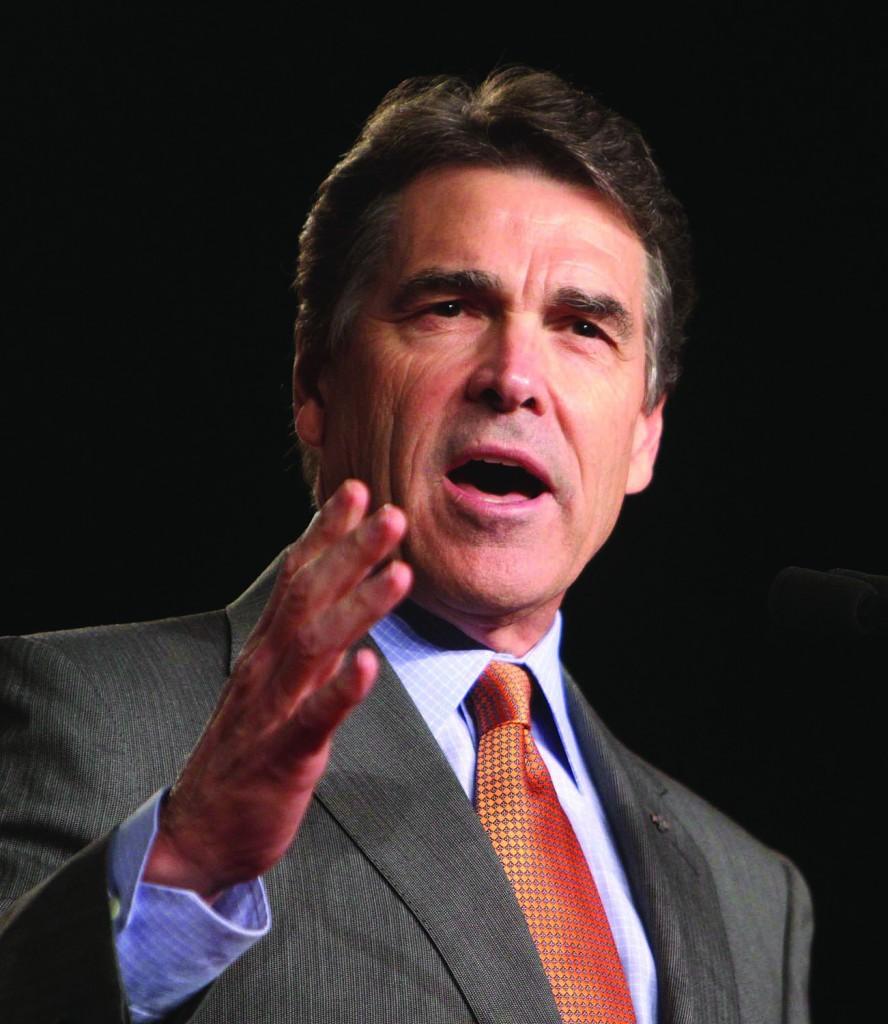 The Republican primary has turned into a cheap high school production of “Julius Caesar”—a bunch of talentless actors half-assing their lines as they try to kill the eponymous protagonist. Rick Perry, governor of Texas, is Caesar and the rest of the candidates the envious senators.  Besides Mitt Romney, former governor of Massachusetts, the other candidates are allotted a meager amount of time versus the generous time given to the bumbling duo of Romney and Perry. This undermines the purpose of the debates, which is to give each candidate an opportunity, at the detriment of our sanity, to articulate their platform.

In September, two debates were held, the first on the seventh at the Reagan Library in Simi Valley, Calif., and the second on the 22nd in Orlando, Fla. During the debates candidates lovingly eulogized the late President Reagan to the point of necrophilia and the rest of the debate’s attentions were focused on Perry. Whether it was Perry dodging questions, Perry rebutting complaints or other candidates commenting on Perry’s tenure as governor, the debates were all about Perry.

For instance, everyone had something to say about Perry’s executively mandated Human Papilloma Virus (HPV) vaccine. Of course, candidates are expected to comment on the doings of their opponents but the debate turned into a roast of Perry. At one point he quipped, “I feel like a piñata.”

This would be true if Perry’s entrails consisted of sweet candies instead of a perfidious broth of sleaze and deceit. They commented on his job record, the legislative makeup of his state, his education policy, his immigration policy, anything and everything. So while we know all about Perry, we seem to know nothing of the other vampires vying for the presidency.

Some would argue that Perry is a front-runner, deserving more attention than the other fringe candidates. Poll numbers should translate to speaking engagements, appearances on talk shows and things of the like. The debates should not be a forum to flaunt popularity; they should be an exchange of thought. Because of the extended nature of the debates, they should serve to give viewers a comprehensive look at the Republican Party. If voters see that the Republican Party is all about Perry and Romney, they may be turned off.

Gary Johnson, former governor of New Mexico, entered the fray in Orlando. He was offered so little an opportunity to speak that by the debate’s end I had forgotten his name. I had to Google “new Republican candidate” as though he were a symptom of some rare disease just so I could mention him in this piece. Now all I gathered from the debates was that as governor he lived “the dolce veto,” vetoing a record number of bills. That is not enough for voters to make an informed decision.

Newt Gingrich, former speaker of the house, and Herman Cain, former CEO of Godfather’s Pizza, were the only ones who refrain from assailing Perry. Gingrich seems to have his eye of newt on the vice-presidency or some secretaryship. Throughout the debate he praised all Republican virtues, hurled maledictions at President Obama and had nothing ill to say about any fellow candidates. Cain took the two debates as an opportunity to unveil and articulate his 9-9-9 economic policy, which sounds awfully similar to Domino’s Pizza 5-5-5 deal.

Since the two September debates, Cain has been rising like pizza dough in the polls. This is what the debates are about, giving unknown candidates the spotlight. A couple years ago, he was relatively unknown to the general public, but through his participation in the debates, he has caught the fancy of many a voter. Could a more equitable distribution of debate time have the same benefits for other candidates such as Johnson and Jon Huntsman, former ambassador to China and former Utah governor?

Cain came out victorious in a Florida straw poll on Sept. 24th with 37.1 percent and this surge in popularity has translated onto the national scene. A Fox News poll showed that Cain was among the top three candidates with a 17 percent showing. All this is to say that the primary race is a long, protracted affair so all efforts should be taken to showcase each candidate. They are not running for a managerial position at Wal-Mart but the presidency of the United States: the dissemination of information is vital.

The debates have proved to prospective voters that Perry is an inept fool and that the Republicans would make excellent dodgeball players. However, the crowds present at the two September debates may have been more interested in a good fight. They booed a gay solider and cheered with such ferocity at a scenario in which an uninsured person would die that the blood-frenzied crowds of the Colosseum in its heyday pale in comparison. God help us.