What’s the Truth About the HPV Vaccine? Take Your Own Advice, Not the Politicians’ 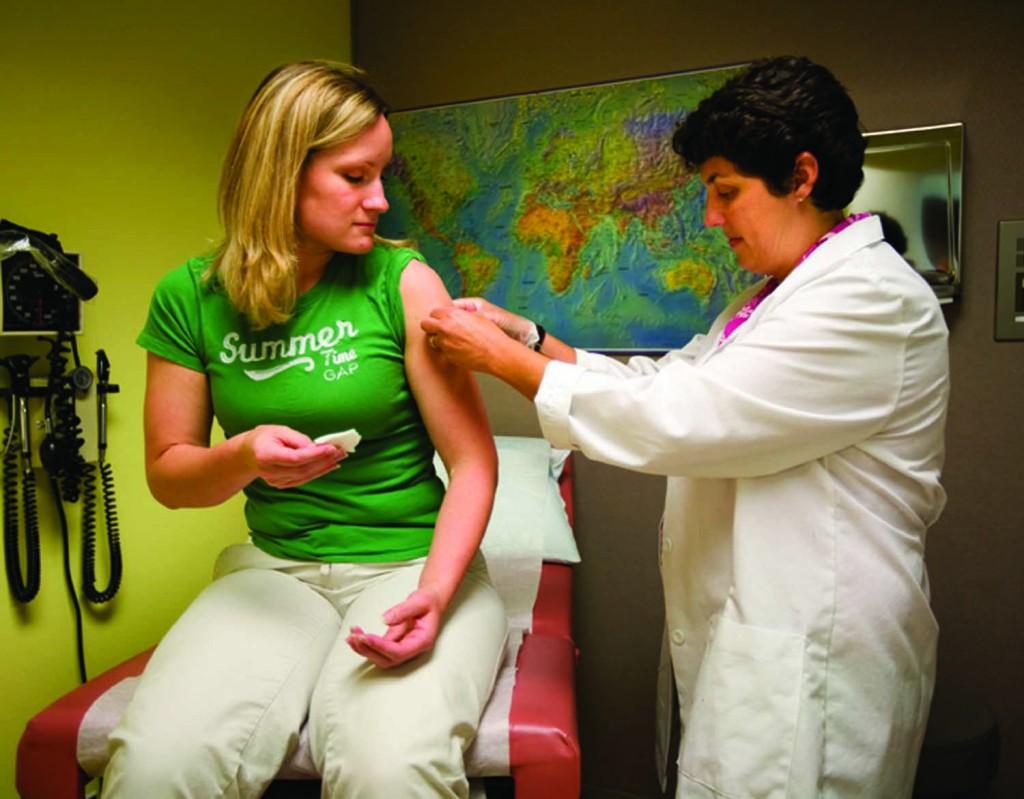 Women have the ability to look up the HPV vaccine on their own and decide if it’s a healthy choice for them. (Benjamin Benschneider/Seattle Times/MCT)

Rick Perry is facing the first major controversy of his campaign for the GOP presidential nomination. Michele Bachmann has criticized Perry’s executive order to vaccinate Texan girls with Gardasil, a vaccine which protects against Human Papilloma Virus (HPV).

Vaccinating against HPV is on the front line in preventing cervical cancer in women and transmission of the virus in men. If the vaccine proves its efficacy over the long run, it will likely be a mandatory vaccination in our lifetime. Bachmann claimed that Gardasil is a dangerous vaccine that could lead to “mental retardation.” Unsurprisingly, Bachmann bases this claim on hearsay rather than actual clinical trials. The Food and Drug Administration’s (FDA) assessment of Gardasil (readily available online) shows no link between the vaccine and mental retardation.

Regardless of Bachmann’s circus antics, the question still remains: Why did Rick Perry try to mandate the vaccine? Ties to the pharmaceutical industry? That’s very likely, but it is hard to demonize Perry for trying to mandate the vaccine. In fact, 20 other states have proposed mandating Gardasil, too. It’s proven to be incredibly effective in protecting against HPV. The virus is responsible for 70 percent of cervical cancers. If you can stop HPV, you can decrease cancer rates.

The truth is, if you have your panties in a bunch over Perry’s likely ties to the pharmaceutical industry, you’re wasting your time. His order included an opt-out clause, which allowed parents to choose not to vaccinate their children against HPV. The proposed mandate was more kin to a suggested, standard protocol than a literal mandate. It still allowed parents’ autonomy over their children’s vaccination. This order does not come close to practical threat unless Texans decide to comply with it.

Texans and Americans across the country need to educate themselves rather than rely on their leaders for sound judgment. Clinical trials of HPV can be found online at Merck.com, the site of one of the world’s largest healthcare companies. Check their page out. I’m tired of people debating the politics of an issue of which they have full control.

When we were young, we relied on our parents to tell us which shots we took each year. As we age, we will be responsible for our own heath care decisions as well as those of our children. Don’t be a Michelle Bachmann. Rise to the occasion and research the drugs you inject.

Here are relevant things to consider about Gardasil:

Merck’s Clinical Trials Verify Its Safety
Females ages nine to 26 were tested in a double-blind study in which about half the participants were given a placebo while the other half were vaccinated with Gardasil.  Medical conditions in both groups post-vaccination showed no causal relationship between Gardasil and the development of adverse medical conditions. Minor adverse reactions do exist, such as redness at injection site, fever, nausea, dizziness, swelling and bruising, which are not unusual after most vaccines.

The Same Trials Show It’s Effective
Those who were vaccinated with Gardasil in clinical trials showed far less occurrence of high-grade cervical intraepithelial neoplasia, a potential early indicator of a malignant growth on the cervix related to HPV, than those who received the placebo. However, for how long will the drug protect women? The FDA only approved the vaccine in 2006; it is too soon to say whether or not Gardasil offers permanent protection against HPV. Still, its success thus far is undeniable.

It Might Benefit Males, Too
Gardasil has been FDA-approved for use in males since 2009. The vaccine also prevents HPV in males, who are not at risk for cervical cancer but are transmitters of the virus to women. Vaccinating men against HPV before they become sexually active is a protective measure that can also decrease the incidence of cervical cancer.

The debate over Perry’s Gardasil mandate reminds us that politicians do not form policy in a vacuum. Both Bachmann and Perry’s motives seem less than pure, yet it is more important to recognize and exercise the power we have over our own care. We are autonomous creatures with the freedom to access and process information, and that should not be taken for granted. By informing ourselves, we can vaccinate ourselves against HPV politics that have less to do with science and more to do with getting elected.

I am not a medical authority, so I can only advise you to do your homework on every vaccine you take. Even after looking at the clinical trials, I don’t think Gardasil should be mandated just yet. More time is needed to verify that Gardasil is effective and safe enough to be mandatory. However, from what I’ve found in the present clinical studies, the HPV vaccine is beneficial and a potential lifesaver.