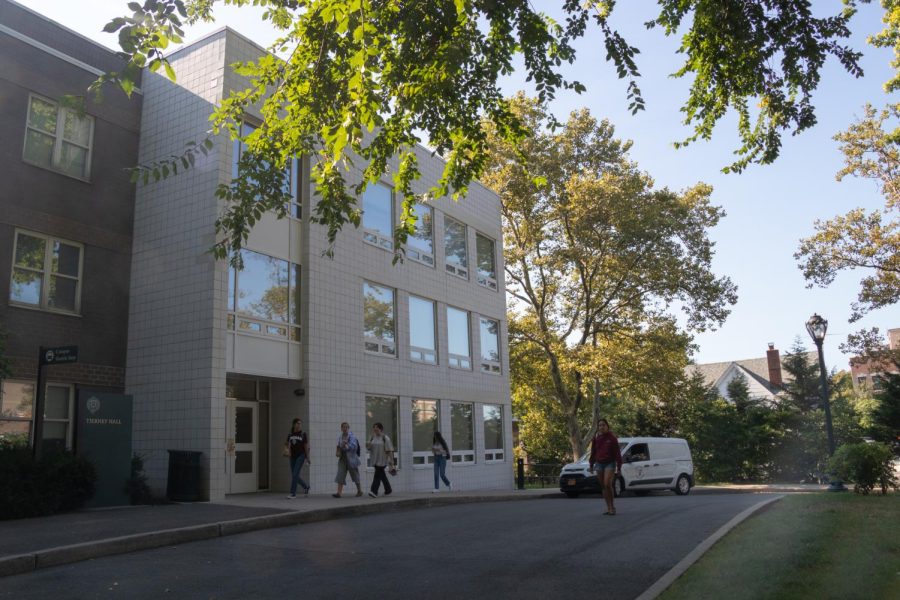 Students expressed dissatisfaction due to the housing placements.

Confusion and frustration marked the fall 2022 housing selection process as Lincoln Center students were given assignments at the Rose Hill campus due to oversubscription. According to Associate Director of Housing Operations Vickki Massy, around 20 students at Fordham Lincoln Center (FLC) are currently being housed in upper-classman residence halls at the Rose Hill campus.

Jenifer Campbell, dean of students at FLC, noted that 150 more students than initially anticipated were guaranteed housing in the residence halls.

“What happened this year was very different than what happened any other year that I have been here because of the oversubscriptions,” she said.

Massy mentioned that 1,349 residents are living on the Lincoln Center campus this semester, 610 of whom are recorded to be first-year students. She outlined the Office of Residential Life’s (ResLife’s) steps to mitigate the overcrowding and better accommodate the number of residential students.

Despite these efforts, students remain discontented with how the university has decided to handle the overcrowding.

Roela Xhala, Gabelli School of Business at Lincoln Center ’25, is an internal transfer student and one of the 20 FLC students housed at Rose Hill. Despite successfully completing her transfer application over the summer and signing up for Lincoln Center housing, she found herself back at her initial campus in O’Hare Hall.
In August, Xhala was informed that her housing assignment would be at Rose Hill. Living in O’Hare involves having to wake up at 6 a.m. to commute to FLC for all seven of her classes.
Xhala recalled emailing ResLife three times as soon as her transfer was processed in an effort to secure a spot in one of FLC’s residence halls. Out of the three separate occasions, she only received one reply, which told her that the housing placement process began in late July for transfer students.

Xhala resorted to calling ResLife, only to be told that housing assignments could not be discussed over the phone.

In August, Xhala was informed that her housing assignment would be at Rose Hill. Living in O’Hare involves having to wake up at 6 a.m. to commute to FLC for all seven of her classes.

“It’s unprofessional for an institution like Fordham to be doing this. If you are supposed to be at a certain campus, you should be guaranteed housing at that specific campus,” she said. “I don’t think it’s fair to make students do these runarounds, going back and forth and making them tired.”

Although last year’s incoming class size reached a historic high, Xhala recalls a seamless experience signing up for housing, a stark contrast to the “chaos” of this year’s process.

According to Campbell, internal transfer students are being given priority housing if space opens up in the residence halls at FLC. Xhala said she was told that all housing assignments were final.

Julia Pugliese, Fordham College at Lincoln Center (FCLC) ’24, ended last year’s spring semester in eager anticipation for next fall, having secured a place on the waitlist for a single room and, later, receiving multiple emails guaranteeing her spot.

She remembered an email telling her to wait until early August to receive her dorm assignment, but when late August arrived without any further communication from Fordham, Pugliese reached out to ResLife and the dean of FCLC.

“I would estimate at least six different people all started giving me different answers, but they were avoiding the main answer as to when I would get my dorm assignment,” she said. “I was talking to so many people, but they all kept telling me to call other departments. It was like going in a triangle or a square.”
“Every aspect of my life has been uprooted because Fordham didn’t tell me that I wasn’t going to be receiving housing until it was too late to do anything” Julia Pugliese, Fordham FCLC ’24
On Aug. 21 — just over a week away from the start of the fall semester — Pugliese received an email letting her know she would not be receiving housing at FLC, single room or otherwise, because the residence halls were “backed up.”

Pugliese said she was never updated on the status of her place on the waitlist throughout her correspondence with ResLife, leading her to believe she was removed. Unable to find housing alternatives off campus on short notice, Pugliese filed for a leave of absence. Xhala echoed Pugliese’s confusion regarding the university’s waitlist system and her frustration at the lack of transparency.

“Every aspect of my life has been uprooted because Fordham didn’t tell me that I wasn’t going to be receiving housing until it was too late to do anything,” she said.

This is not the first time that ResLife has been criticized for their lack of action. Last fall, first-year students faced similar issues surrounding delayed housing assignments and lack of communication from the office’s end.

To prevent similar housing overflow issues in the future, Massy stated that the university has long-term plans to “work closely with the Office of Undergraduate Admissions to suggest how many first-year and new transfer students to admit for Fall 2023.”