The president-elect ran unopposed and received 96.3% of the vote, calling the election process ‘smooth sailing’ 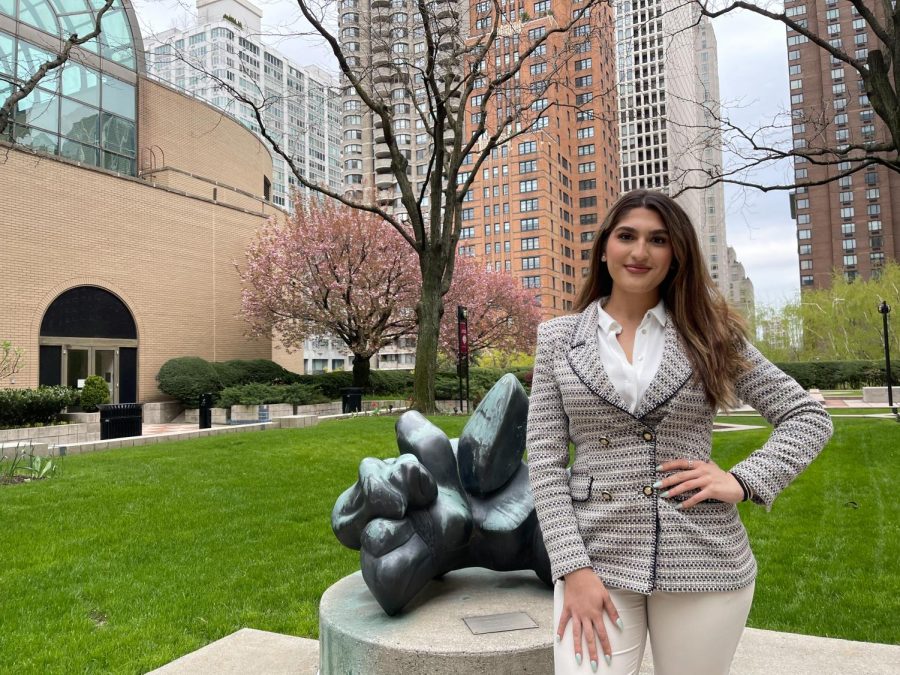 The president-elect ran unopposed and prioritized campaigning in-person by having conversations with individual students. She added that her in-person conversations “simply occurred” and she wanted her discussions to flow organically.

“Because I ran unopposed, it was not like I did not care to campaign,” she said. “The campaign process this year for me was a lot more intimate.”

Pulatani was first elected to USGLC as a class senator in 2020 and founded the Committee on Sexual Misconduct in 2021, which she is currently the chair of. Following the resignation of Robert Sundstrom, former vice president of USGLC, in October 2021, Pulatani took on the position of vice president after a special election.

Pulatani noted that she wished more people had run for president, as she sees it as a very important role. “Because this semester I was vice president, I saw firsthand how much it takes to be president and the time commitment that it does take,” she said.

The election results posted on Pulatani’s official Instagram account announced that she won the position with 96.3% of the vote, with the remaining 3.7% going to write-in candidates.

“We did percentages this year because we (USGLC) felt that numbers are not exactly what we want to focus on, but rather the percentage of who is showing up and who wants to vote,” she said. “I think that was more successful because we do not want a role to succumb to just a number. We want it to be more wholehearted.”

As president, Pulatani seeks to improve sustainability, menstrual product access and USGLC social media presence on campus. She emphasized a need to work with other club leaders and on-campus organizations, such as Aramark, to meet these goals.

The president-elect hopes to revitalize USGLC’s relationship with the United Student Government at Rose Hill (USGRH) and promises to meet with USGRH every month, a plan that did not come to fruition during the spring 2022 semester.
Her plans for the upcoming year also involve a prioritization of mental health by maintaining relationships with Counseling and Psychological Services, the Office of Student Involvement and the Office of Multicultural Affairs.
“If we are a united front, we will be a united front to the administration, and that way the student body government is the group that holds the administration accountable,” Pulatani said.

Her plans for the upcoming year also involve a prioritization of mental health by maintaining relationships with Counseling and Psychological Services, the Office of Student Involvement and the Office of Multicultural Affairs.

“I have had multiple conversations with multiple students who have said they feel they are not being catered to in terms of mental health, whether that be with their studies, in their personal lives or in their professional lives,” Pulatani said.

Student engagement at the Fordham Lincoln Center (FLC) campus is also a priority for USGLC. Pulatani compared FLC’s student culture to a graduate student lifestyle, pointing out that many students feel a lack of connection on campus.
For the spring 2022 semester, USGLC filled all of its positions for first time in nine years.
“We are coming from an interesting two years, so we want to really engage the campus in a way that we have not been able to,” she said, referring to the two years following the start of the COVID-19 pandemic.

For the spring 2022 semester, USGLC filled all of its positions for first time in nine years. Pulatani reported that the only position with no candidates during this election cycle was a senior senator position and that elections were fairly simple and flowed very well.

“We were voted into these positions because students really need us to be the catalyst to helping them and aiding them in getting what they need,” she said. “I really hope we can be those people.”