Body Inclusivity in the Fashion Industry: One Step Forward, Two Steps Back

Models, influencers and photographers maintain that the fashion industry is not yet inclusive 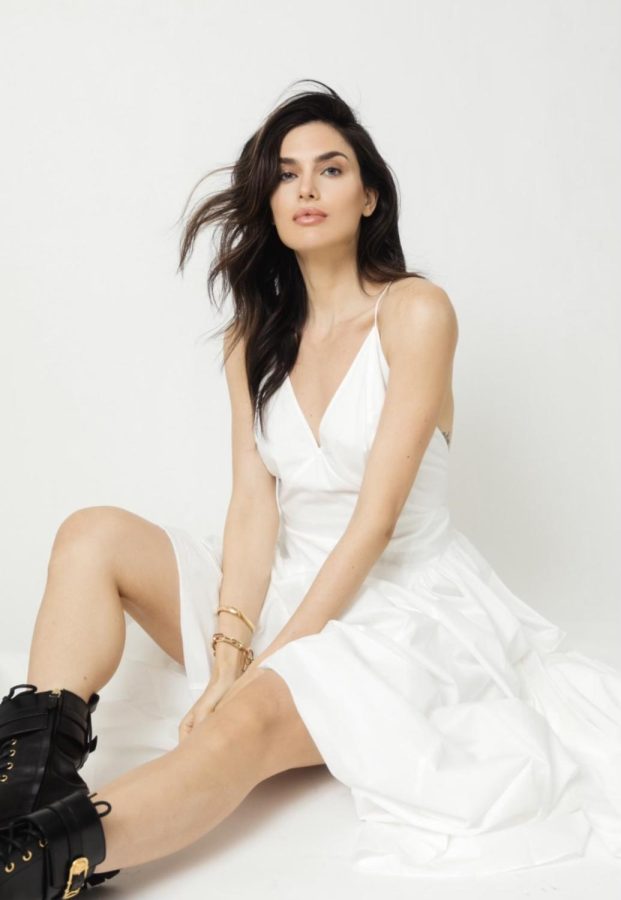 Designers and magazine headlines preach progress in body positivity, but the fashion industry is far from inclusive. Although companies have made efforts to introduce plus-size clothing and models, experiences of exclusivity still linger.

Models are instructed to keep a tall, thin physique in the fashion industry. For 31-year-old model Nathalia Novaes, surrendering to industry standards proved detrimental to her mental health. She views the fashion industry as the catalyst for her eating disorder, a struggle she endured for seven years as a model.

“I built this international career that I’m super grateful for, but I built that with a body that wasn’t really natural because I was dieting all the time,” she explained. “I was never able to relax around food. I was always hungry.”

When Novaes was a size four, clients started to complain about her weight. “I was called a balloon,” she said. “I have big hips, and I think they’re beautiful, but I’m not like the stereotypical model that’s a straight line.”

Eventually, Novaes’ work stopped completely. She dropped her agency, Elite Model Management, who was eager to let her go. “I told my agency that I was leaving, and they said they were relieved because I wasn’t getting any work,” Novaes said.

“There’s always been a theme of looking down upon people in larger bodies,” she said. “I’m an average-size person, but I’ve been excluded from certain fashion brands growing up, and still now. Abercrombie was a brand that I was always afraid of and American Eagle too. It gave me anxiety to go into their stores. They’ve made progress, but the majority of fashion brands still need to change a lot.”

“Body exclusivity has been the norm for a fairly good portion of my career,” photographer Alvin Toro said. “Everything from the runway shows to editorials, advertisements and catalog shoots have been and still are plagued with outdated beauty ‘standards.’ The 1990s brought digital image manipulation and the rise of the supermodel. With them came the unrealistic beauty standards we are still fighting against today.”
By the end of Fashion Week, Novaes would even resort to binging.
Toro even admits falling into patterns of body exclusivity in his own shoots.

“It was almost impossible to have anyone consider your work if the models did not fit the editor’s vision,” he said. “Because of the top-down way the industry works, advertising agencies and brands would adopt a similar stance.”

“All the models are really focused on not gaining weight. Nobody’s actually eating,” she said. “I remember going back to my home with this mental exhaustion and feeling of hunger. I couldn’t eat because I had all of these shows.”

By the end of Fashion Week, Novaes would even resort to binging. “I was starving myself so much. It’s a triggering environment where everyone is self-conscious,” she said.

Toro is privy to industry pressures as well.

“Runway shows during Fashion Week are very body exclusive,” he said. “The way the industry has developed and the shows are produced, the norm is to have the standard sample size for every garment. Having your entire collection in a standard size that you can put any of the standard-sized agency models into makes the most sense.”

In an industry that still struggles to be body inclusive, it is up to the models, influencers and photographers as individuals to spark change.

After years of dieting, Novaes decided enough was enough. “I sent an email to my agents and said, ‘Okay, I’m probably going to gain weight, but I’m just not going to diet. I don’t want to hear any comments about my body anymore,’” she said.
Toro has taken strides to showcase more diversity in his work as well.
Weinstein posts body-positive content to her 380,000 TikTok followers. Her page features POVs, motivational words and dance videos.

“​​I want to encourage women that it’s not all about your body. We have so much more to offer to the world beyond our size,” she said. “If I do a dance, just showing my body is representing body diversity and demonstrating that you don’t have to look a certain way to be successful and happy.”

Toro has taken strides to showcase more diversity in his work as well. In 2019, the photographer partnered with Hungarian fashion designer Eniko Buiron of LuLu et Gigi for an editorial shoot in Paris, which featured several plus-sized models and a double amputee.

However, some efforts to demonstrate body inclusivity are disingenuous. Designers often use plus-size models to check off a box and avoid criticism or controversy.

Novaes said that as plus-size fashion became more mainstream, the fashion industry realized they could profit by tokenizing curvy models.

“When I became a plus-size model, I was a size eight, which is ridiculous,” she said. “There were not a lot of jobs for a girl like me, whereas now, you see girls with full careers.”

TikTok star Remi Bader seems to be the face of the plus-size population in the fashion industry. The influencer was named brand ambassador and size consultant for Victoria’s Secret Pink. She also recently announced a size-inclusive collaboration with Revolve and is heavily involved in the design process.

Although progress has been made, people are still excluded from the fashion industry because of their size.

“Whenever (designers) want to cast someone diverse, they go for the extreme. They think, ‘Okay, putting this plus-size woman in makes us inclusive,’” Novaes said. The model sees it as an either-or situation: You’re either plus-size or you’re not, and there is no in between.

Body-inclusive efforts are seen as a rebellion against the status quo. Larger sizes are not yet normalized in the fashion industry — every curvy campaign or runway show is given special attention. Designers receive honorable mentions for introducing a greater size range, and it is not considered why those sizes weren’t present to begin with.

The fashion industry is introducing more body-positive movements but at the expense of curvy models and influencers, who are either taken advantage of or excluded altogether.

#mc_embed_signup{background:#fff; clear:left; font:14px Helvetica,Arial,sans-serif; width:100%;}    /* Add your own Mailchimp form style overrides in your site stylesheet or in this style block.      We recommend moving this block and the preceding CSS link to the HEAD of your HTML file. */