Star Wars Gets a Blu-Ray Makeover: The Force is Not with this Re-Release 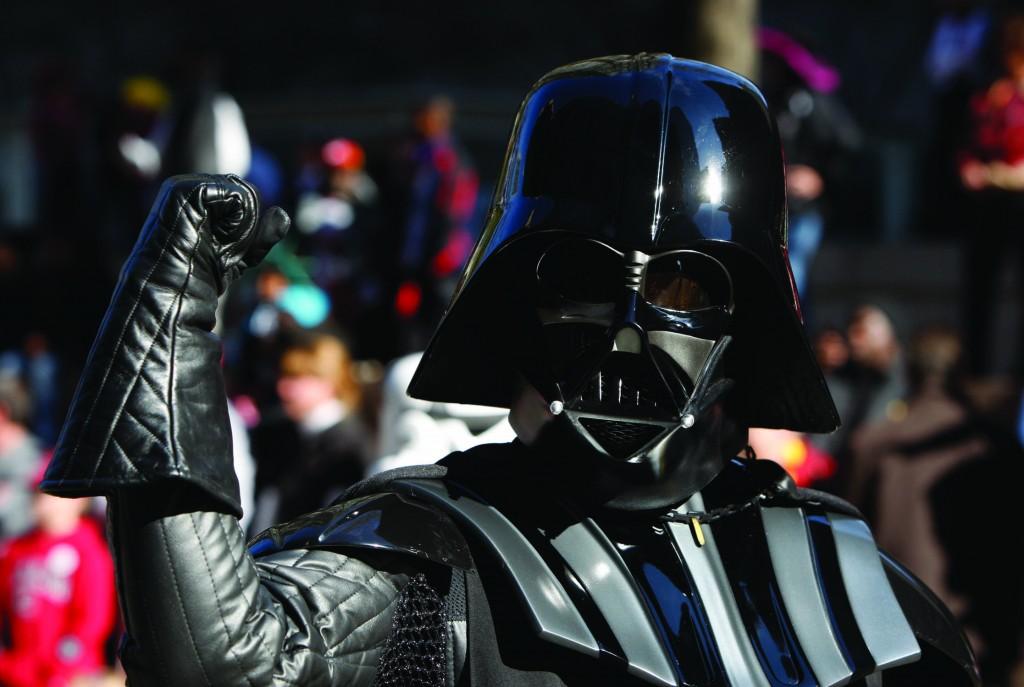 Even Darth Vader disapproves of the changes George Lucas has made to his Blu-ray release of Star Wars. (Gerry Melendez/The State/MCT)

George Lucas, the deceiver, is evil incarnate. His villainy surpasses anything hitherto reckoned by man; his sick experiments make the work of Dr. Mengele, the Nazis’ favored physician, look like arts and crafts of the macaroni necklace and popsicle stick igloo variety. With each rerelease of his famed “Star Wars” trilogy, the director George Lucas further tacks on digital alterations to the film. The additions are almost always incongruous, creating dissonance in the harmony of the films’ narrative and imagery.

“Star Wars” enjoys a singular ubiquity in the civilized world. To some it is the mythology of childhood, others a damn good science fiction film and to heathens a token of pop culture, something to be printed on T-shirts and sneakers. Since its release in theatres, George Lucas has taken to using digital sorcery to alter his original films.

His malefic tinkering ranges in scope from the superficial to the diabolical, and it is with the latter that we must concern ourselves. His new ideas are clumsy, myopic in aim and detract from viewing pleasure. Due to the recent release of the “Star Wars” trilogy on Blu-ray video format and the new edits that accompany it, the method and madness of this raving lunatic warrant examination.

In a scene from “A New Hope,” Luke Skywalker is incapacitated by a band of Tuskan Raiders, a tribal people indigenous to his home planet. Obi-Wan, entrusted with his safekeeping, emulates the call of a Krayt Dragon to frighten off the raiders. Within the context of the “Star Wars” universe, this all makes sense. It is only natural to assume that the call of a Krayt Dragon, an imposing beast, would be sufficient to scare off any undesirable company. George Lucas defiled this scene by replacing the original dragon call with a shrill cry that can only be described as “wooo-ooooo.”

I understand that cinema comes with a caveat, the suspension of disbelief, but I find it impossible to believe Obi-Wan’s new call could be effective in any setting except perhaps during drunken karaoke.

Another mutilation occurs in the throne room scene of “Return of the Jedi,” the sight of a spiritual ménage-a-trois between Luke Skywalker, Darth Vader and Emperor Palpatine, a doppelganger for Pope Benedict XVI. In his book “Voice and Vision,” Mick Hubris-Cherrierb provides an excellent summation on why the scene was effective in its original construction.

He writes, “The immovable mask of Darth Vader is sufficiently neutral to take on a variety of emotions, depending on the visual context created through juxtaposition. In this scene from ‘Star Wars: Episode VI- Return of the Jedi’ (1983), we detect feelings of sympathy, concern and alarm that play across the ordinarily intimidating and evil mask of Dark Vader as he watches his son Luke Skywalker get electrocuted.”

As edited by George Lucas, criminal-at-large, Darth Vader upheaves the emperor to save his son while singing out a “no” reminiscent of the operatic voice of the late Pavarotti in midseason form. If one considers the silent drama of the scene, the additional dialogue sounds silly, and this silliness is jarring with what was once the film’s solemn climax. Viewers were already privy to Darth Vader’s intentions due to the juxtaposition technique described by Hubris-Cherrierb, and despite Darth Vader’s stoic comportment, we could see his paternal indignation rising as Luke is tortured without the unnecessary dialogue Lucas has added.

George Lucas’ updates are the equivalent of cinematic graffiti, offering nothing except heartache and grief. They are nonsensical and at times make the films seem like a parody of what they once were. Perhaps he does this to bring attention to each new release of the “Star Wars” trilogy, and because he keeps releasing them, that may be a testament to the success of this marketing ploy.

George Lucas should have nothing to do with “Star Wars.” In fact, George Lucas and “Star Wars” have the same apocalyptic connotations as Iran and nuclear armaments. Catholics are asked a particular set of questions whenever they choose to renew their baptismal vows. Among them are, as listed in the Catholic Encyclopedia, “Do you reject sin, so as to live in the freedom of God’s children, do you reject the glamour of evil, and refuse to be mastered by sin, and do you reject Satan father of sin and prince of darkness?”

If you replace Satan with George Lucas and evil and sin with “Star Wars” re-releases, the results chill the bones. What he has done to Star Wars is incest! He has taken the child of his genius, violated it and now passes off the smoldering wreck as art. Be vigilant! Avoid the Blu-ray release at all costs!