Is it the Kardashians, or Do You Hate Women? 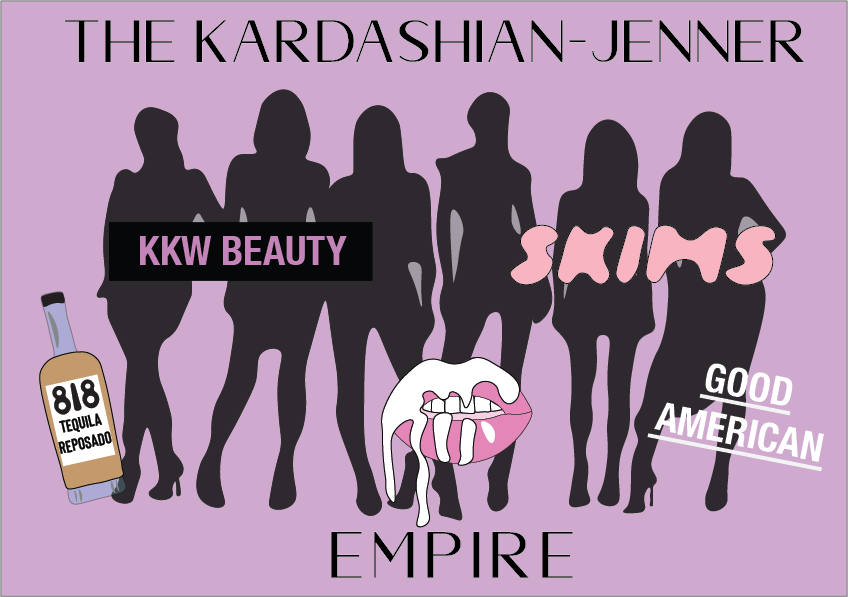 The Kardashians’ L.A. attitude and speech patterns often draw criticism, with many labeling the sisters as dumb. Their recognizable accent is caused by a combination of vocal fry, or speaking at a low, “creaky” vocal register, and uptalk, or a tendency to end statements at a higher tone, making it sound like they are asking a question rather than making a statement.
Despite this speech pattern becoming a common sign of female empowerment, many associate vocal fry and uptalk with lower intelligence.
Researchers have found that these speech patterns are common among young women and are especially prevalent in Southern California, though people of all gender identities, ages and regions can use them. Many studies have found that these speech patterns are signs of empowerment and emotional intelligence and are used to keep conversationalists engaged in what a speaker is saying.

Despite this speech pattern becoming a common sign of female empowerment, many associate vocal fry and uptalk with lower intelligence. The Kardashians—and young women in general— are often unfairly criticized and disregarded because of an emerging sign of empowerment.

There is also the source of the Kardashians’ fame and fortune, the majority of which has been based on beauty products and embracing their femininity. Feminine interests and industries are often deemed stupid, superficial or unimportant, yet these industries can empower women and bring them success.
The Kardashian sisters are not idiots.
In 2020, Forbes magazine named Kylie Jenner the highest-paid celebrity of the year, as she earned $590 million, mostly from her company, Kylie Cosmetics. Women’s goals are often treated as dumb, irrelevant business pursuits compared to more masculine industries, undermining the fact that they are sources that bring women extreme success.

The Kardashian sisters are not idiots, but rather industry-savvy businesswomen (and one future lawyer). Though born into privilege, it takes brains to harness moderate wealth and fame and turn it into a reputation as the most recognizable faces in America. Are these women extremely wealthy and privileged? Absolutely. Are they stupid? Not at all.

The Kardashians are often criticized for being famous despite not having any “talent.” But does someone really need a talent to be famous? Reality shows have made dozens of talentless people famous for simply being on a reality show, though admittedly, none as famous as the Kardashians. The Kardashians are far from the first influencers to use their social position to turn a profit.

Before the Kardashians, plenty of celebrities were famous simply “for being famous”—think Paris Hilton, Gloria Vanderbilt or any of the Kennedys after JFK. In an era without widespread social media, these celebrities, usually women, were often deemed “socialites,” or famous only for their social position in society. Socialites are often the victims of vicious rumors and criticism from society at large (with most of their criticism seeped in sexism), but only recently with the rise of social media and influencer culture have questions been raised about who “deserves” to be famous.

Talent is one of many avenues one can take to achieve fame, and even before the Kardashians, it has never been a requirement for fame and fortune. Becoming a socialite is often a result of family or personal riches, but the Kardashians have transformed this unconventional career path into a channel of wealth itself. No, the Kardashians cannot sing, dance or act; however, they are undeniably the most successful modern examples of socialites who have turned their public images into careers.

Having a fantastic Public Relations team is certainly not a talent, but the Kardashians did not just stumble upon fame, as most believe. It is worth noting that famous men are rarely criticized as undeserving of their fame.
Women should be able to claim their sexualities without fear of public shaming.
If not demonized for their supposed lack of intelligence or talent, the Kardashians are often treated as sex symbols who are not deserving of respect. Ever since Kim Kardashian’s sex tape was leaked without her permission, rumors have ensued that Kim leaked the sex tape on purpose. This accusation is offensive to all victims of revenge porn and downplays the trauma of having one’s sexual encounters placed on display for the public to see without their consent.

The Kardashians are also criticized for their scandalous—but consensually published— photoshoots, clothing and beauty trends and, as a result, are often slut-shamed and objectified by society. Women should be able to claim their sexualities without fear of public shaming.

The Kardashians have been able to market and profit off their bodies and, like others who have done the same, are heavily criticized for it. This perpetuates the norm of judging women for what they wear, whom they associate themselves with and how they behave. Criticizing women for profiting off their sex appeals is society’s way of controlling and demeaning them and is an obvious and very common example of misogyny.

The Kardashians are certainly not perfect or undeserving of any criticism. The family has had a controversial past in terms of their extravagant wealth, the beauty standards they set and their appropriation of and success from mimicking Black culture. The Kardashians are not innocent, but they do not deserve unnecessary, sexist criticism that is often referenced when someone says they “can’t stand the Kardashians.”

Even one of America’s most powerful families is not protected from misogyny, and it is inappropriate to perpetuate casual sexism in society by hurling unnecessary insults toward famous people.

Next time you criticize the Kardashian-Jenner family, maybe take a moment to reflect on why you hate successful women.

#mc_embed_signup{background:#fff; clear:left; font:14px Helvetica,Arial,sans-serif; width:100%;}    /* Add your own Mailchimp form style overrides in your site stylesheet or in this style block.      We recommend moving this block and the preceding CSS link to the HEAD of your HTML file. */