Can We Please Talk About ‘The Legend of Vox Machina’?

The adult animated series, based on the popular ‘Dungeons & Dragons’ web series ‘Critical Role,’ is revolutionary 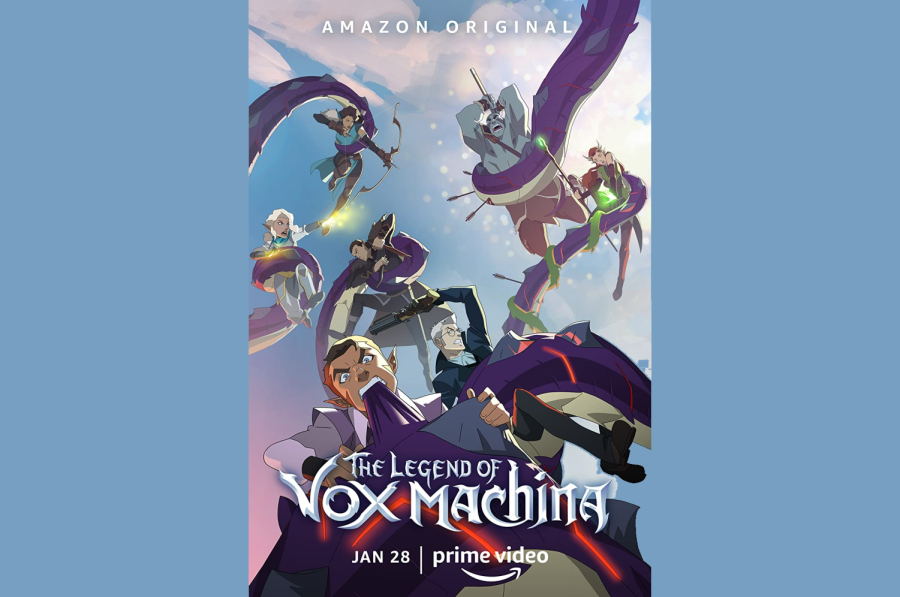 "The Legend of Vox Machina" reminds me of my own D&D campaigns with my friends.

Spoiler warning for “The Legend of Vox Machina.”

When discussing hobbies picked up during lockdown, people might expect to hear about activities like baking or creating the next artistic masterpiece. For me, though, I discovered the fascinating, fantastical world of “Dungeons & Dragons (D&D),” the fantasy tabletop roleplaying game.

Starting during lockdown and continuing ever since, a group of friends from my hometown and I began a virtual D&D campaign, featuring a mystery set in a high fantasy high school. Our game was inspired by “Fantasy High,” a D&D campaign from Dimension 20, a YouTube channel dedicated to outlandish and high concept D&D games.

My friend who serves as the “dungeon master (DM),” or the narrator of the story, even commissioned an artist to design our original characters. With these fictional characters of our own design, the six of us can explore the traumas we’ve developed over the years while also spending 20 minutes trying to figure out how to get through a locked door or kill a mutated monster.
The show focuses on a ragtag team of misfits known as Vox Machina that follow the found family trope and go through various adventures.
“The Legend of Vox Machina,” the latest adult animated series from Amazon Prime Video based on the popular D&D podcast “Critical Role,” captures the magic of the roleplaying game without requiring background knowledge of the game itself and in turn reinvents the way creators approach story development.

In the span of 12 episodes that never exceed 30 minutes, the show focuses on a ragtag team of misfits known as Vox Machina that follow the found family trope and go through various adventures in the fictional world of Exandria.

The first two episodes have the team experience their first grand-scale adventure together, which deals with the destructive nature of dragons. The rest of the season, known as the Whitestone Arc, has the Vox Machina crew travel to the town of Whitestone to avenge the troubled townspeople and defeat the evil Lord and Lady Briarwood.

The creation of the show itself is an adventure befitting the underdogs. Beginning in March 2015, the “Critical Role” podcast was born from a group of professional voice actors casually playing D&D for voice actor Liam O’Brien’s (Vax’ildan) birthday. Voice actor Matthew Mercer took on the mantle of DM, developing the fantasy setting and playing all extra characters outside of the main party or cast, including Lord Briarwood.

Alongside O’Brien, the cast includes Laura Bailey (Vex’ahlia), Taliesin Jaffe (Percival de Rolo III and Lord De Rolo), Ashley Johnson (Pike Trickfoot), Marisha Ray (Keyleth), Sam Riegel (Scanlan Shorthalt) and Travis Willingham (Grog Strongjaw), who all developed their own playable characters that are featured in the show. In fact, the group is so close that Bailey and Willingham are married, as well as Mercer and Ray.

Initially, the idea for an animated show was born when the team started a $750,000 Kickstarter campaign to fund a single, 22-minute animated special.
The show’s greatest feat is being able to flesh out seven complicated, quirky characters without feeling forced or rushed.
The campaign raised over $11 million, becoming one of the quickest campaigns funded in Kickstarter history and the most funded Kickstarter for TV/Film projects. Amazon also greenlit a second season of “The Legend of Vox Machina” ahead of its premiere.

The animated show more than lives up to the hype and utilizes each minute of its short runtime with precision and care. With top-notch animation and acting, there’s never a dull moment to look away from. The entire cast not only sells comedic bits about the struggles of opening doors but can also deliver on gore-filled action and heavy emotional beats.

Even though there are certainly no weak links in the cast, Jaffe is a natural standout, considering the main Whitestone Arc centers on his revenge-hungry gunslinger Percival (also known as Percy), who struggles with grief and a devilish alter ego, “No Mercy” Percy.

Despite the screen time dedicated to Percy, the show’s greatest feat is being able to flesh out seven complicated, quirky characters without feeling forced or rushed. Each member of the group faces their own personal struggles and grows as an individual in ways that can easily speak to a wide range of viewers.
“The Legend of Vox Machina” draws out the feelings that fester when I participate in my own D&D game.
Whether it’s Pike’s struggles with her devotion to her religious identity, Keyleth’s doubts as a budding leader for her clan, or siblings Vex and Vax’s trust issues, each member is forced to confront their inner demons and move forward. This may have come to a head with a spotlight on Percy’s literal confrontation with an inner demon, but no character is ever forgotten.

The transition to a new media platform feels seamless and natural. The colorful character designs and striking visuals only serve to strengthen the audience’s immersion into the rich story.

As I finished watching the first season and later finished rewatching it, it dawned on me that “The Legend of Vox Machina” draws out the feelings that fester when I participate in my own D&D game. It reminds me of the thrill of a new foe emerging, of the adrenaline rush as you race against time to strategize battle tactics. It reminds me of the cathartic release when your character finally starts to heal from the ghosts that haunt them.

“The Legend of Vox Machina” is able to deliver those exact same magical feelings to longtime fans and newcomers alike. Maybe the show will inspire you to join a D&D campaign yourself. Or, at the very least, maybe the action-packed fantasy adventure can help you reflect and grow from your own life’s trials as if you, too, were a member of the group.