Well-Being and Productivity: Mindfulness Meditation’s Role in Your Life 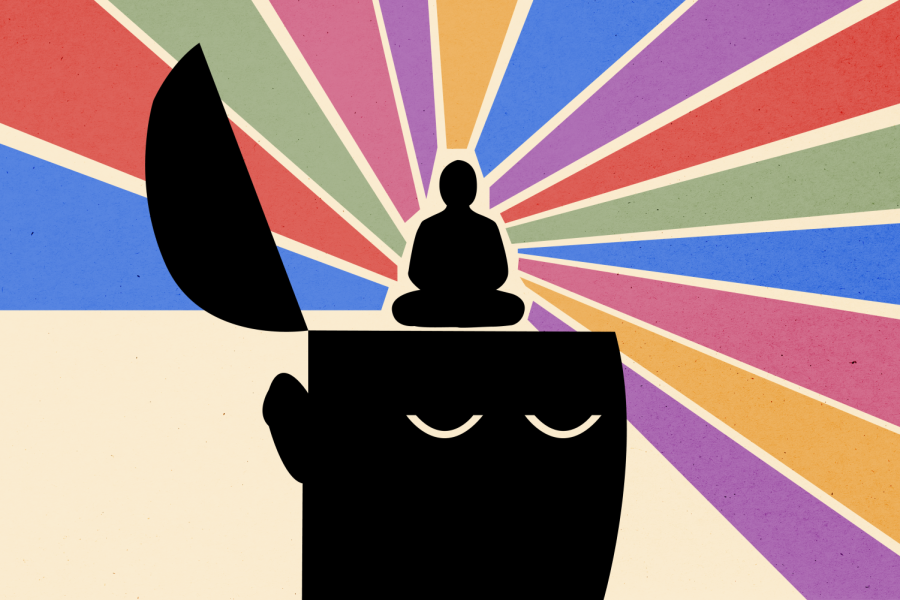 Developing a habit of mindfulness meditation can be effective in regulating stress.

If you ever wanted to know what allows successful people to achieve their maximum potential, lean into the habit of mindfulness meditation.
What Is Meditation?
Meditation is the ability to quiet the mind by focusing on one’s self. This ability to constantly focus on the present moment while observing one’s thoughts endows one with mental clarity and a delayed response to stress. Meditation has a strong impact on the amygdala, a brain region which controls the fight-or-flight response to stressful situations.

In his book, “The Power of Neuroplasticity for Pastoral and Spiritual Care,” Dr. Kirk Bingaman, an associate professor of pastoral care and counseling at Fordham, describes the effect that the negativity bias has on our well-being. Negativity bias is defined as an adaptive mechanism which causes a person to overreact to a situation.
One can become aware of negative feelings and allow them to dissipate instead of reacting to them.
The negativity bias can cause one to react with fear to minor transgressions, leading to poor choices and behavior. This can be controlled by the power of neuroplasticity, which is the ability of a new experience to structurally change the brain, generating new neural pathways and changing the existing ones.

According to Bingaman, mindfulness meditation can be a useful tool to harness the power of neuroplasticity. One can become aware of negative feelings and allow them to dissipate instead of reacting to them.

“Thoughts and feelings have a 90-second shelf life biochemically,” Bingaman said. “The key to mindfulness meditation is to let our thoughts come and go without fighting them.”
An Effective Meditative Method
Shambhavi Mahamudra Kriya, offered by the Isha Institute of Inner Sciences, is a meditative technique that has been medically proven to reduce stress and increase cognitive function. The technique involves elements such as “pranayama,” or the practice of regulating one’s breath.

According to the Journal of Evidence-Based Complementary & Alternative Medicine, Shambhavi Mahamudra Kriya is touted to provide numerous benefits.

“Another study in healthy students comparing slow, fast, and no pranayama for 12 weeks … reported improved executive function, perceived stress, and reaction time in both pranayama groups compared with controls,” the article reported.

Medical studies and experiments show that mindfulness meditation techniques may be an answer to improved mental and physical well-being. But the problem lies in the ability to incorporate this habit into our daily schedule.
Mechanism of Adopting Daily Habits
Certain habits may be healthy, while others, like excessive television usage, are detrimental to one’s well-being. It is important to identify healthy and unhealthy habits and make a conscious effort to include positive habits in our daily routine.
We can aid our mental and physical health by adopting the habit of mindfulness meditation.
Healthy habits can be adopted using the “reminder, routine and reward” mechanism.  A morning alarm or yoga mat in front of your bed are effective reminders, a routine is simply the consistent performance of an act, and a reward could be something as simple as a small snack after meditation. This mechanism, if practiced over a period of time, can aid in solidifying this habit. Given time, it could become a part of the unconscious mind as a daily occurrence with minimal effort.

Habits may seem to be a part of a subconscious mechanism; however, many subconscious behaviors can be influenced by conscious thought. We can aid our mental and physical health by adopting the habit of mindfulness meditation.

Mindfulness meditation can be an effective method of regulating stress and achieving peak performance. By building meditation practices and utilizing methods such as the “reminder, routine and reward” mechanism, practices to improve one’s well-being can become habitual.

Fordham has offered meditation and wellness workshops in the past, such as during the annual Ignatian Week, as well as at Spiritual Retreats in Goshen, NY sponsored by Campus Ministry.