‘Winnie the Pooh,’ ‘Mrs. Doubtfire’ and the Power of Nostalgia 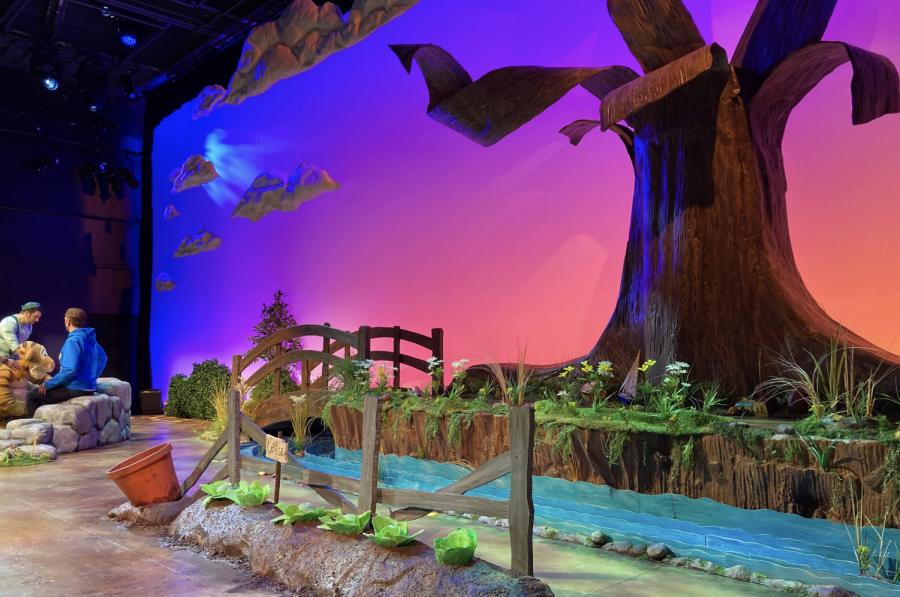 Both "Winnie the Pooh" and "Mrs. Doubtfire" present their versions of classic family movies and shows by turning them into lively musicals.

By ISABELLA GONZALEZ and OLIVIA STERN

Winnie The Pooh
Theatre Row on West 42nd Street has transformed one of its stages into the Hundred Acre Wood to put on “Winnie the Pooh: The New Musical Adaption” for families to experience a brand new story that brings the Disney characters back to life.

The musical follows Pooh, Piglet, Eeyore, Kanga, Roo, Rabbit, Owl and Tigger through all four seasons. As Pooh and his friends try to find Christopher Robin, they encounter some mishaps and enjoy some adventures along the way.

The set changed with each of the seasons. The show began in fall with leaves cascading down from the ceiling among the seats of the audience, and children trying to capture them to take home as a souvenir. Winter came, and snow sprinkled down to dust the audience’s heads. Spring arrived, and the set bloomed with flowers sprouting up from the ground. In classic Hundred Acre Wood style, the garden vegetables on the set were labeled “cabege” and “kerits.”
The show captured the eyes, ears and hearts of everyone watching.
The performers operate life-sized puppets for all the characters from the story, along with voicing and singing their parts.

Some of the songs performed — the classic “Winnie the Pooh,” “The Wonderful Thing About Tiggers” and “A Rather Blustery Day” — come from the original songs created by Robert and Richard Sherman for the 1977 film.

One of the highlights was Emmanuel Elpenord’s performance as Eeyore, Rabbit and Owl. Mastering the puppetry for three of the largest characters in and of itself was a feat, but he also played each of the characters with their unique voices and personalities just like they are on the television screen.

Since it was only a short and sweet 65 minutes to keep the children in the audience’s attention  — and those of us who also experience short attention spans — in their seats, the show captured the eyes, ears and hearts of everyone watching.
Mrs. Doubtfire
Just one street ahead, near a festive Bryant Park, Mrs. Doubtfire says “Hello” to Broadway from the Stephen Sondheim Theatre on West 43rd Street in a new musical based on the Twentieth Century Studios film, “Mrs. Doubtfire.”

Following the plot of the original film, the musical comedy stars Tony Award nominee Rob McClure  (most recently seen in the musical adaption of “Beetlejuice”) as Daniel Hillard, a struggling, out-of-work actor who recently lost custody of his three young kids. To win his family back, he adopts the charming alter ego of a Scottish nanny named Euphegenia Doubtfire, better known as Mrs. Doubtfire. As Mrs. Doubtfire takes on a life of her own, Daniel begins to learn what it takes to be a father.
These fleshed-out supporting characters help justify the addition of songs to this classic property.
McClure gives it his all in the titular role. Throughout the 2 hour and 30-minute production, the lead actor hardly leaves the stage. When he’s in the spotlight, he can be found beatboxing, puppeteering, tap dancing, rapping and doing elaborate gags and dance numbers on top of the quick changes required to transform into Doubtfire. By the end of the night, his energy is nearly infectious. Whether you’re sitting front row orchestra or back of the mezzanine, it’s easy to spot McClure’s genuine enjoyment.

The rest of the ensemble matches his energy perfectly. After seeing Jake Ryan Flynn in the Netflix comedy special “John Mulaney and the Sack Lunch Bunch,” I knew Christopher could have been given more material to balance out Lydia (Analise Scarpaci) and Natalie’s (Avery Sell) characters. The movie touches a bit on toxic masculinity, and the inclusion of that storyline could have fleshed out the relationship between Daniel and Christopher in this production more.

Charity Angél Dawson’s court liaison Wanda Sellner and J. Harrison Ghee’s Andre Mayem, a new character in the narrative, are standouts about whom I wouldn’t have minded watching an entirely new show. Both actors command the stage in two of the best sequences in the musical: the flashy dance number “Make Me a Woman” and the climactic nightmare sequence “Playing With Fire”.

By the end of Act 2, these fleshed-out supporting characters help justify the addition of songs to this classic property. Aside from other ensemble-led performances like “The Mr. Jolly Show” sequence in Act 1 and the Flamenco-styled truth reveal entitled “He Lied to Me,” none of the songs stuck in my mind despite the cast’s great performances.

Some of the most fascinating aspects of this musical adaptation are the story updates to a nearly 30-year-old film to fit current times. In this version of the narrative, Daniel’s ex-wife Miranda (Jenn Gambatese) is starting a new fitness clothing line while Mrs. Doubtfire is changing the WiFi password to lock the kids out of their devices. Daniel’s brother, hair and makeup stylist Frank Hillard (Brad Oscar), questions the morality behind the Doubtfire transformation and is fighting to adopt a child with Andre, his husband.

Unfortunately, I was disappointed by some changes they didn’t make to outdated material. Most notably, the offensive foreign accent accompanying the line “I am job” felt hypocritical alongside mocking Trump impressions and jokes concerning the integrity of Congress.

At the end of the day, “Mrs. Doubtfire” is most likely exactly what you’d expect it to be: an entertaining night if you turn your brain off and allow yourself to get lost in the constant zaniness and movement onstage. You might not have the same emotional experience you’d receive at a performance of “Hadestown,” but your parents will probably share a laugh or two.