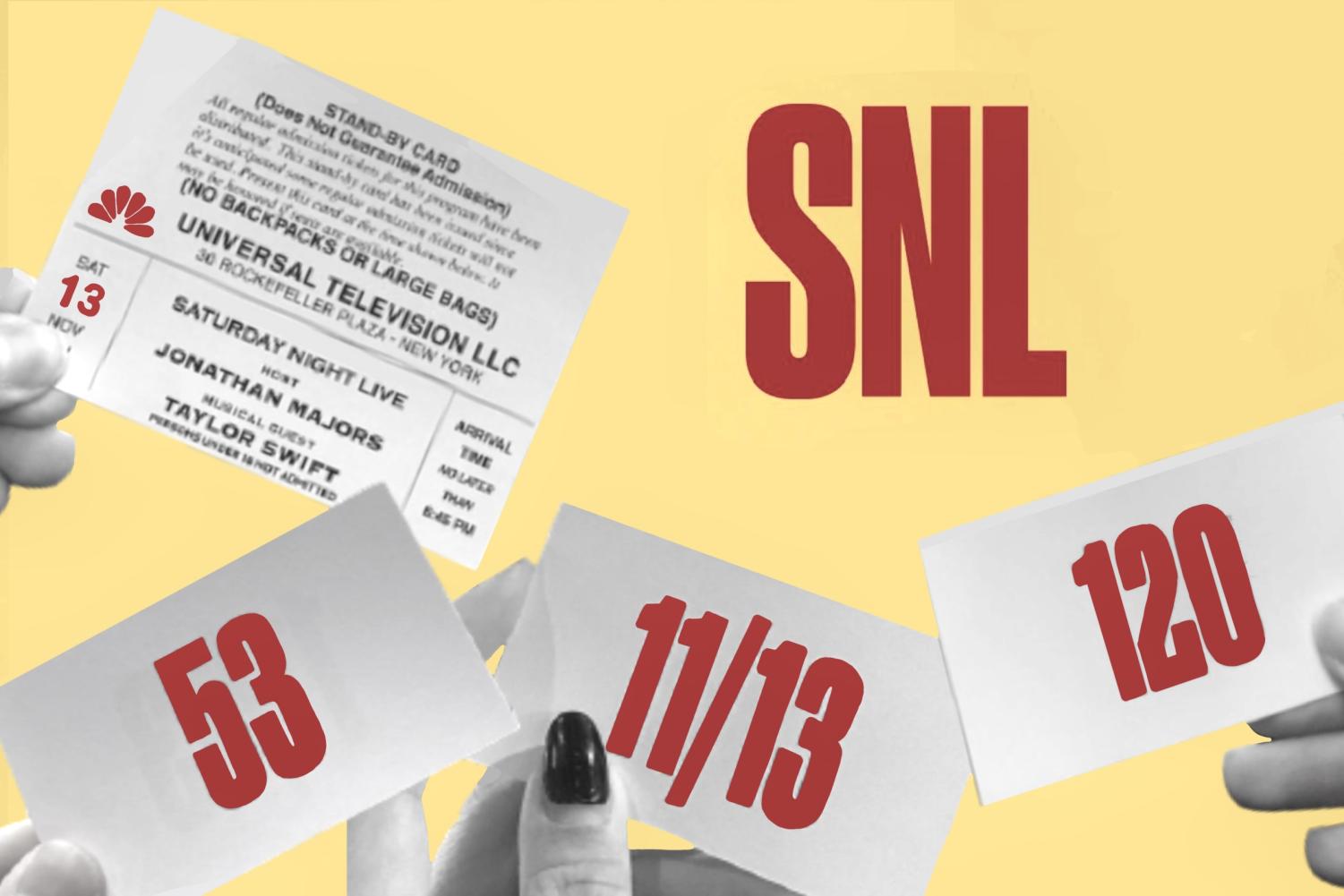 All Too Well (36 Hour Version)

By ISABELLA SCIPIONI and ALEXA STEGMULLER

Recently, we learned just how many hoops we are willing to jump through to see Taylor Swift perform one song for free. On Nov. 13, Taylor Swift was the musical guest on “Saturday Night Live” (SNL) where she performed her 10-minute version of “All Too Well,” and we were there to see it. Even though the tickets were free, they still came at a cost.

If you don’t happen to be lucky enough to win the SNL ticket lottery or be a Rockefeller, you will probably wait for tickets in the standby line. SNL does not know how many reserved seats will be filled until a few minutes before the show airs, so fans can wait standby and hopefully fill any empty seats in the theater. However, the common phrase you’ll hear from every standby guide is that you are not guaranteed a ticket until your butt is in a seat.

With that being said, let’s look at just how far we were willing to go to spite Jake Gyllenhaal, and to be in the same room as Pete Davidson and the Please Don’t Destroy boys.

For the first time this year, SNL started giving out reservation tickets for their standby line. The day before the show, SNL distributes tickets at a different location in Rockefeller Center from 10 a.m. to 5 p.m. At 10 a.m., they tweet the location for that week, and your ticket number determines your place in the standby line. This ensures that fans don’t camp out for tickets for more than one night (when BTS was the musical guest, fans started camping out for the Saturday show on Monday).

Look What You Made Me Do

We arrived at 30 Rockefeller Plaza at 9:30 a.m., and, seconds after the Tweet was posted, raced inside Rockefeller Center, along with hundreds of other crazed fans. After getting jammed in a revolving door with at least 25 people, we were in line for reservation tickets. Our group was split up in the chaos, but the six of us were able to get ticket numbers 53, 101 and 102, and 118 through 120.

SNL faced criticism following the reservation ticket chaos. This was the show’s first year doing a surprise location drop, and with less acclaimed hosts and musical guests, it is often not as hectic. However, the prospect of seeing Swift perform live for free left disappointed fans with broken arms, legs, and for one girl, a neck brace. It is worth mentioning that SNL did suspend the reservation ticket process at their most recent show, but time will tell if they use it again in the future.

📍 Inside The Shop at NBC Studios. 6th Ave entrance

All You Had To Do Was Stay

But the hardest part hadn’t even begun yet. At 6 p.m., we returned to 30 Rock and lined up in numerical order. By 7 p.m., SNL closed off the line, and we got ready for a long, cold night. We brought a tarp, blankets and cheap pillows in an effort to make lying next to 5th Avenue a bit more comfortable. SNL has security guards keeping a close eye on the line, but there is a general understanding among Standby-liners that you can leave the line for “necessary breaks,” like using the bathroom at the nearby McDonald’s or grabbing a cup of coffee.

We made friends with the hundreds of Swifties who sat in line blasting Swift’s re-release, giving each other tarot card readings, and hoping that Swift would deliver pizza for the standby line as she did at her last SNL performance in 2019 (she did not, but a man with no relation to SNL did offer us free roast beef sandwiches around 5 a.m.).

Many, many people asked us just why we were camped out on the street. Most just laughed and walked away or muttered that their time is too valuable to wait for silly late night shows.

Come Back… Be Here

Thirteen hours and six broken spines later, SNL distributed tickets for that night’s show. You can choose to get a standby ticket for either the live show or the dress rehearsal a few hours earlier, and you have a roughly equal chance of seeing either. The benefits of dress rehearsal are that there are extra sketches and jokes that don’t always make it to the live show, but it is impressive to say you saw the show live.

The Other Side Of The Door

Three of us, including Isabella, went to the dress rehearsal that night and arrived at the NBC Store to start lining up around 6:45 for the 8 p.m. show, and the other three, including Alexa, went to the live taping at 9:45 for the 11:30 p.m. show. After all of the waiting, running and more waiting, we still weren’t sure if we would get in or not.

As we stood on an abandoned staircase hoping that the past 36 hours were worth it, an NBC security guard came out to the crowd and told us that SNL usually lets about 75 people in from the standby line for each show, but this was no ordinary show. With his thick New York accent and what can only be described as “Staten Island energy,” he told us that he did not care whether we got into the show or not and told us not to cry either way. We were nearing the front of the line, but the show was about to begin any minute.

Then, a miracle happened. The Duke of Staten Island called in the dress rehearsal line up to ticket number 60. We had just made it in. At 7:58 p.m., we got off the elevator and were outside the studio. We could hear Kenan Thompson warming up the audience with The Spencer Davis Group’s “Gimme Some Lovin.” As we just started to take in our surroundings, an NBC page screamed, “The show is starting! Run!”

For the second time in two days, we chaotically ran through 30 Rock. As we tried to navigate a studio we had never been in and figure out where to sit, the lyrics “I’m so glad we made it, so glad we made it” echoed through the space. Finally, we made it. Our butts were in our chairs.

The dress rehearsal line was cut off right after us at about ticket number 60. Our second group was just as lucky, with the live show line being cut off at number 50. Of the hundreds of people who ran through Rockefeller Center, slept on the street and nervously waited outside the studio, we couldn’t believe that we were six of the lucky few that made it.

Swift gave her first public performance of “All Too Well (10 Minute Version) (Taylor’s Version)” live and blew the crowd away. Watching the show live was one of the most incredible experiences of our lives, and although Isabella did not see herself waiting standby anytime in the near future, Alexa was back in Studio 8H to see Simu Liu host the very next week. Waiting standby for SNL is an anxiety-ridden, exciting experience, and if you ever find yourself with nothing to do for a 36-hour period, give it a shot. You just might get lucky. 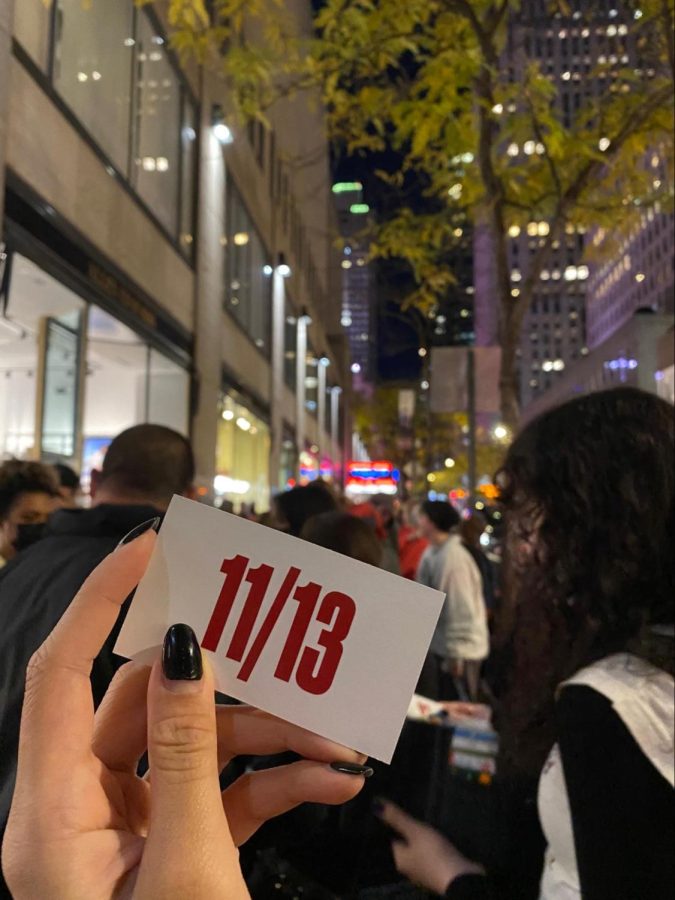 Gallery|6 Photos
LAUREN BOCALAN
Leave a Comment
About the Contributors 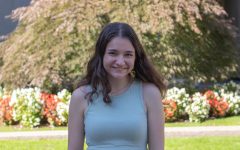 Isabella Scipioni, FCLC ’23, is an opinions editor for The Observer. She is majoring in political science and enjoys writing opinions articles on pop culture and all things Fordham. When she isn’t studying, you can find her walking through Central Park and exploring different neighborhoods. 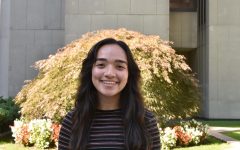 Alexa Stegmuller, FCLC ’24, is the multimedia editor at The Observer. She is double majoring in communications and culture as well as digital technologies and emerging media, and minoring in fashion studies. When she’s not being creative at The Observer, she loves reading, running and anything that involves making a mess in her kitchen. 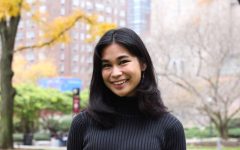 Lauren Bocalan, FCLC ’24, is the assistant multimedia editor for The Observer. She enjoys anything and everything that allows her to express herself artistically, notably through media, as a new media and digital design major with a minor in film. When in doubt, you can always find her waiting in line for free standby tickets to late night shows or for general admission entry to any concert she can find!