At the Original Soup Kitchen Featured in ‘Seinfeld,’ There Is Soup for You

Despite the intimidating ‘Soup Nazi’ reputation, The Original Soup Kitchen has a human face behind its efficient service 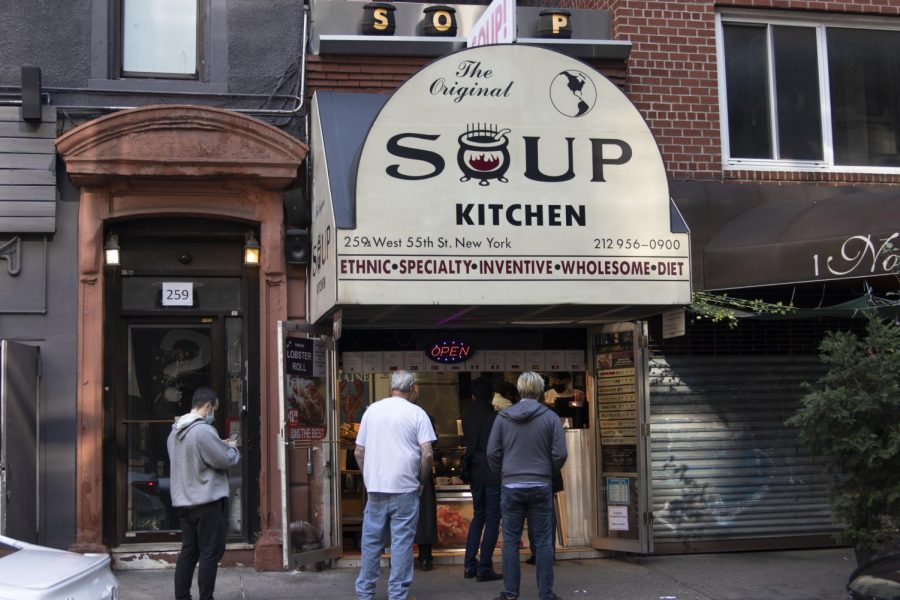 The Original Soup Kitchen has far more significance than as a one-off skit on a single “Seinfeld” episode.

As the holiday season nears, so does the less pleasant cold weather that marks winter in New York. With that being the case, it may be worth picking up some hot soup from the Original Soup Kitchen, best known for its appearance in the season seven episode of “Seinfeld” titled “The Soup Nazi.”

The Soup Nazi scene is a simple skit, as the character George Costanza (Jason Alexander), familiar with the totalitarian ways of the kitchen, says his order, carefully hands his cash and moves to the right to receive his soup. Elaine Benes (Julia Louis-Dreyfus) is next in line and brazenly ignores the customs Costanza observed. As a result, she was met with the iconic refrain of “No Soup For You!”

The Original Soup Kitchen does not have “crab bis” as mentioned in the “Seinfeld” scene, but there is lobster bisque on the menu, naturally ordered as “lobster bis.” Lobster bisque is seemingly the flagship item among the soups. It is on the top of the menu and the most expensive soup at $12 for a large, while most other soups are $9 for the same size. The only purchase that could be more expensive is “Al’s Lobster Roll” at $15 dollars, which is memorable in its own right for the buttery bread roll in tandem with the lobster.

The quality of the lobster bisque soup makes culinary fascism seem forgivable, if not endorsable. The smoothness of the liquid orange cream pairs great with the complimentary bread given with the soup, which is subpar by itself. The softened texture that results from dipping the bread in the soup melds perfectly with the lobster bisque.

Although there are many solids and a plastic spoon provided, the soup is really made for slurping. Between the salty and hearty lobster, melt-in-your-mouth potato bits and a small but noticeable crunch from the carrots, there is a lot to love about the lobster bisque.

There are other worthwhile soups on the menu as well. The jambalaya has a nice spicy kick, and the shrimp corn soup is like a more economical version of the lobster bisque. While it does not reach the highs of the lobster bisque, it is still a good creamy seafood soup for $3 less. For each individual item, it is noted if the dish contains fish, is made with hot sauce or is friendly to a vegan diet; the menu has a more 21st-century approach than the rest of the eatery’s style.

Lastly, it is worth noting that every soup order comes with complimentary dessert in the form of an apple. The apples are various shades of red and green, and in a recent order, I actually got a pear. Still, the fruit serves as a refreshing way to end a meal that warms the body and the heart.

Overall, The Original Soup Kitchen has far more significance than as a one-off skit on a single “Seinfeld” episode. If venturing out to explore food at small businesses and New York pop culture landmarks sounds intriguing, then this is the soup for you.

For those of you who have not yet seen “Seinfeld,” Netflix released all nine seasons on Oct. 1 of the renowned sitcom. It is one of many options to binge-watch over the coming winter break to pair nicely with a bowl of themed soup.