Don’t Count Women Out of Your Fan Spaces 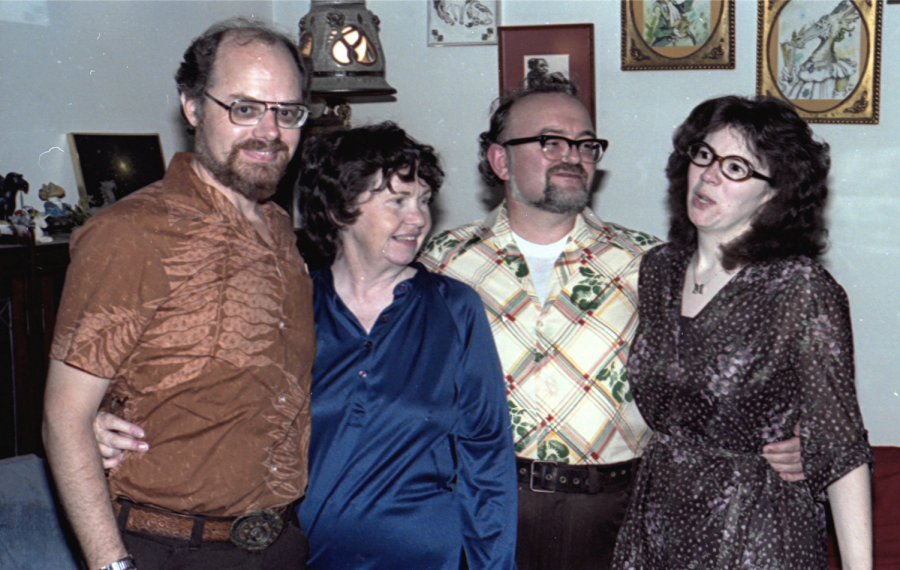 “Fan girls” like Betty Jo Trimble (second from left) are the reasons that franchises like the now-famed “Star Trek” fandom exist today.

Female fans are an incredibly influential demographic. They are often responsible for generating the necessary support for keeping TV shows on air and developing movies, as well as contributing to fan spaces. Despite their influence, they are frequently discredited or disregarded.

Shows with more female viewers, especially in the 18-49 age demographic, tend to have better ratings. According to a study from 2013, which was based on shows that are still on air today, many shows would have faced cancellation if they were not so popular among female viewers. For example, “Scandal,” which spanned from 2012 to 2018, had a 2.0 rating among all adults aged 18-49, which means that two percent of people in the age range watched the show, but a 3.1 rating among women aged 18-49, which is a relatively strong percentage for that demographic.

The importance of female viewers stands out even when looking at the top shows of 2020-21. “This Is Us” ranked fourth, “Grey’s Anatomy” ranked sixth, and “The Bachelor” and “Bachelorette” ranked 10th and 11th, respectively, and they all have primarily female viewership. This holds true for the majority of the top 20 TV shows.
Many women have faced gatekeeping and been forced to prove they are a “real” fan.
Despite this, the perception of female fans, especially fangirls, is typically negative. Just look at Urban Dictionary, which has its problems but is a decent indicator of how certain things are perceived. It defines fangirls as “a rabid breed of human female who is obsessed with either a fictional character or an actor.” This shows how women are often perceived as only being a fan of something because the male actors are attractive, or other superfluous reasons, instead of liking the show for the plot or other ideas within the media. While there is nothing wrong with the former, it is frankly untrue and sexist to categorize all female fans in that category.

When women are fans of something not deemed to be made for women, such as “Star Trek” or “Star Wars” they are often considered to be fake fans. While most people would not consider quizzing a man if he wore something related to a TV show or movie, many women have faced gatekeeping and been forced to prove they are a “real” fan. Often this involves very minute details that many casual male fans would not know the answer to, either.

One of the best examples of the power of female fans — and the somewhat contentious relationship they can have with the showrunners — is “Supernatural.” This 15-season supernatural drama didn’t originally target female viewers, but they are the primary consumers and make up much of the intense fanbase.

All signs point to the original target audience for “Supernatural” having been men. Within the show, there are various plotlines surrounding a fictional book series that depicts the lives of the Winchesters, the show’s two main characters. Whenever fans of these books appeared in the earlier seasons, they were geeky men. Female fans of the fictional series were depicted as “creepy, embarrassing stalkers,” even though women made up much of the show’s actual fandom.

Eventually, the showrunners began portraying female fans in a better light. For example, the 200th episode, “Fanfiction,” was a celebration of the fans, set in an all-girls school, showing the showrunners’ acknowledgment of their female fans. The episode follows the school putting on a musical based on the book series within the show and includes many references to popular parts of fandom, such as many fans hoping for a relationship between two of the main characters.

It was because of these fans that the show lasted as long as it did. Like most shows, it lost viewers as it progressed, especially during the later seasons, but its span of 15 seasons was because of the intensity of its fanbase. “Supernatural” has one of the most active fandoms, particularly in digital fan spaces like Tumblr and Fanfiction.net — in 2018, “Supernatural” had the highest engagement for a live-action TV show on Tumblr.

On Archive of Our Own (Ao3), a fanfiction site with over 40,000 fandoms, “Supernatural” is ranked at number three under the TV show category, just under the two Marvel shows. “Supernatural” has 247,844 works on AO3 — and counting — which is impressive given that this site didn’t exist when “Supernatural” first aired. This online visibility allowed new fans to discover the show and made it clear to showrunners and The CW that “Supernatural” was a show worth continuing.
Without Winston and Rosenstein, it is unlikely that other conventions, such as ComicCon, would be what they are today.
Another great historical example is the “Star Trek” franchise. While it is now one of the most beloved and well-known science fiction franchises, it didn’t have the most auspicious start. The original series faced cancellation after both its first and second seasons because of low ratings, which led to a decreased budget and less ideal timeslot. However, a letter-writing campaign led by Betty JoAnne Trimble, also known as “The Woman Who Saved ‘Star Trek,’” and her husband John Trimble helped get the show a third season. This gave it enough episodes for syndication, which allowed the fanbase to grow at an unprecedented level and created the series still loved today.

So while men are still an important demographic, if showrunners really want the staying power of shows like “Supernatural” and “Star Trek,” they should stop overlooking and dismissing women. Rather than pandering to women or targeting them above other demographics, showrunners should make sure women feel welcomed.