‘The Harder They Fall’: An Original Take on the Western Genre 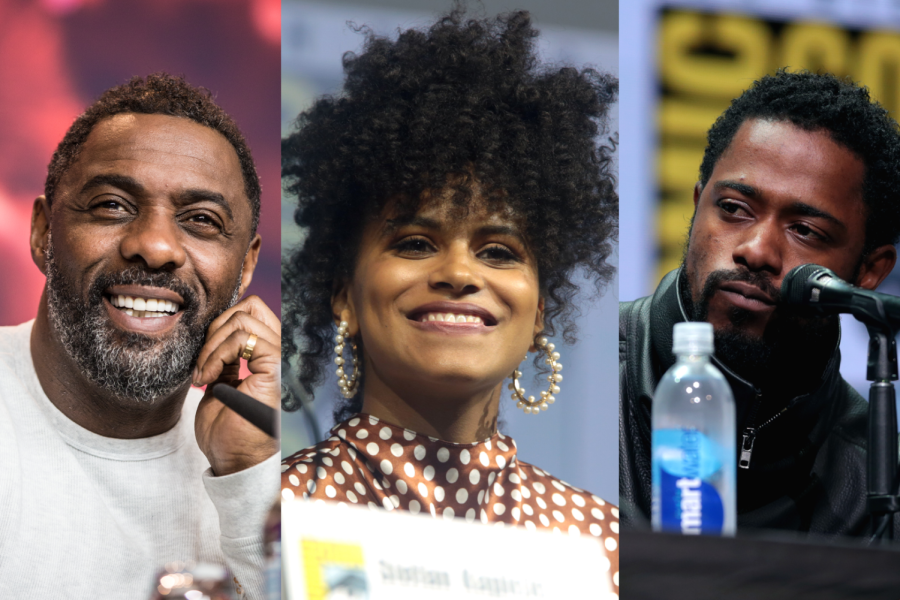 "The Harder They Fall" turns the Western genre on its head and one of the most refreshing aspects of it is its inclusion of Black leads.

In “The Harder They Fall,” which was released on Netflix on Nov. 3, director Jeymes Samuel adds some much-needed originality and energy to the Western genre, offering an entirely different viewing experience of the Wild West.

Noticeable from the start is that all of the main characters are Black, a revolutionary change in the casting and depiction of a Western. After watching Western films and TV shows for the majority of my childhood, I can’t think of a single film or television series with a Black lead, except for “Blazing Saddles,” which was a satire on the whitewashing of Westerns.

It was captivating and refreshing to see Black representation in a genre where it has been excluded for centuries, despite the historical presence of Black cowboys. In fact, as the very first line of the film states, “While the events in this story are fictional, these people existed.”
What separates “The Harder They Fall” from other Westerns is the passion and energy that radiates throughout the film.
Real-life figures in the film, like Nat Love (Jonathan Majors), Mary Fields (Zazie Beetz), Cherokee Bill (LaKeith Stanfield) and Rufus Buck (Idris Elba), were all an integral part of the history of the Wild West and the American Frontier.

The story follows Nat Love, who is seeking retribution against Rufus Buck, a menacing gang leader who murdered Love’s parents when he was a young child. Throughout the film, viewers are treated to grand introductions of each of the polarizing and unique gang members in shootouts, standoffs and saloon fights.

Standouts of the Love and Buck gangs include Cuffee (Danielle Deadwyler), a soft-spoken but sneakily powerful member of the Nat Love gang; Cherokee Bill, a witty and deadly outlaw with the fastest hands in the West and Jim Beckwourth (RJ Cyler), a comical and energetic cowboy who is always practicing new gun tricks with his dual-wield gold pistols.

What separates “The Harder They Fall” from other Westerns is the passion and energy that radiates throughout the film. Each scene is grounded in the traditions of a Western but adds an original twist through the soundtrack, costumes and production design.

Samuel himself composed the score for the film and was aided by executive producer Jay-Z in the formation of a soundtrack that, with a blend of hip-hop, soul and jazz, provides more life and energy than any classic Western score can accomplish.

I couldn’t help but nod my head to the beats and lyrics of Jay-Z, Kid Cudi and Seal while cowboys were riding horses across the western landscape, guns blazing. Even the actors like Majors and Beetz contributed musical numbers to the soundtrack. These numbers reflect their characters’ inner thoughts — a rarity in Westerns, usually dominated by the archetype of hard and serious central figures like those perfected by Clint Eastwood, Gary Cooper and John Wayne.
The mix of the soundtrack and color choices made me feel like a kid again, watching cowboys and bandits dueling it out with a big smile on my face.
At the heart of this film is the color palette, masterfully crafted by the costume and production design departments. Usually, when people picture a Western, they imagine black-and-white, bleak settings with bland and neutral colors like black, brown or gray.

Now, picture a Western where the towns and clothes are full of neon and vibrant colors like reds, blues, greens, purples and yellows. Sounds a little more exciting and enjoyable, right?

Well, in “The Harder They Fall,” you can experience a vibrant and eye-popping Western, which illuminated my dorm room with some much-needed color. The settings in the film might be as beautiful and mesmerizing as our very own Rose Hill campus in the fall, something I thought to be unimaginable.

The mix of the soundtrack and color choices made me feel like a kid again, watching cowboys and bandits dueling it out with a big smile on my face. For those who grew up watching Westerns, you’ll be able to recapture that excitement, fascination and awe we all felt when first viewing a standoff, a saloon fight and a trip across the massive and beautiful landscapes of the Wild West.