How Academics Gave a Struggling City Hope with COVID-19 Research 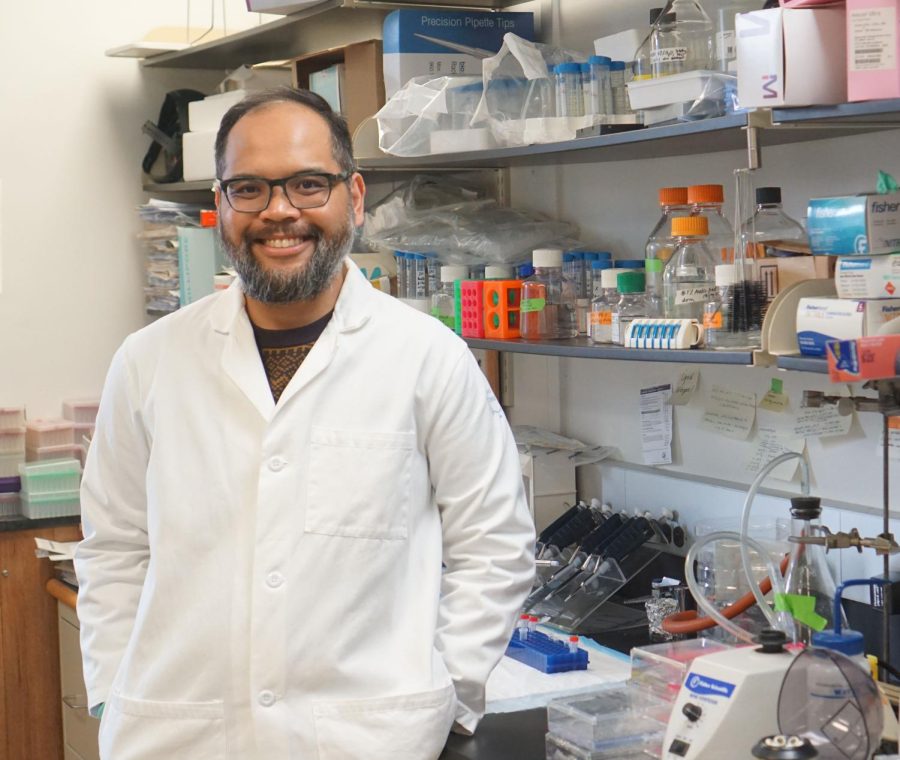 Paul Dominic Olinares is a research associate at Rockefeller University. His work helped to create the first visual model of SARS-CoV-2.

As we go back in time and think about the worldwide lockdown due to the COVID-19 pandemic, feelings of restlessness and fear resonate with the past. New York City lost its joy, motion and livelihood. Streets were deserted while hospitals overflowed with patients. Doctors and scientists were not given a break as they struggled to learn about an unknown virus and halt the number of deaths accumulating worldwide.

Early on in the pandemic, hope for a way forward in a once-bustling city was scant. Within months, New York rose anew. In the face of immeasurable pain and sudden, tragic death, the painstaking efforts of the city’s brightest minds led to one of the most significant scientific discoveries of the pandemic. Academics at Rockefeller University produced the very first image of the RNA-dependent RNA polymerase (RdRp) structure, which serves as the “copying machine” of the virus. This structure is fundamental to the virus’s ability to spread.

Viruses are only able to spread because they copy themselves. Once in a cell, a virus loses its protein coat, which allows for translation and transcription of the DNA or RNA strand. Fundamental to this process, in SARS-CoV-2 replication, is the RdRp complex. This synthesizes an RNA strand copy of the original virus genome.

Paul Dominic B. Olinares, who holds a doctorate in chemistry and chemical biology from Cornell University, is an associate professor in the Fordham College at Lincoln Center natural sciences department and a research associate at Rockefeller University. Originally hailing from the Philippines, Olinares studied chemistry at Ateneo de Manila University.

In late April 2019, Olinares received permission to perform experiments in the Laboratory of Mass Spectrometry and Gaseous Ion Chemistry at Rockefeller University. Here, he used native mass spectrometry techniques to identify the structure of viral protein complexes. These techniques weigh intact protein complexes to determine their mass and molecular composition.

The methods Olinares employed a year earlier became pivotal in 2020. Olinares’ colleagues began attempts to reconstruct the RdRp protein complex found in SARS-CoV-2. Using his expertise in mass spectrometry, Olinares was able to confirm that the reconstructed protein complex was the same as the one found in SARS-CoV-2.
“We now have an additional structural template that can be really helpful for drug developers trying to find new compounds that could get into this molecular machine and make it stop.” Elizabeth Campbell, research associate professor at Rockefeller University
This was a necessary step to beginning a more thorough analysis of the protein complex. Using cryo-electron microscopy, Rockefeller University scientists were able to generate the first image of the RdRp structure.

“We now have an additional structural template that can be really helpful for drug developers trying to find new compounds that could get into this molecular machine and make it stop,” Elizabeth Campbell, a research associate professor at Rockefeller, said in an August 2020 lab feature discussing the Rockefeller researchers’ work.

With a more thorough understanding of the RdRp structure, scientists can determine how to better target it and prevent viral replication and spread. This allows for the creation of therapies and other medicines that prevent and limit the scope of infection.

Remdesivir, a nucleotide analog and the new oral antiviral pill named Molnupiravir from Merck both target RdRp. Overall, understanding the structure of RdRp and additional proteins that interact and regulate its function will enable the development of new antiviral drugs. New York’s doctors and scientists, from the front lines of pandemic care to the busy labs studying the intricacies of viral structure, played a key role in fighting back from the despair common in the early months of COVID-19’s emergence.