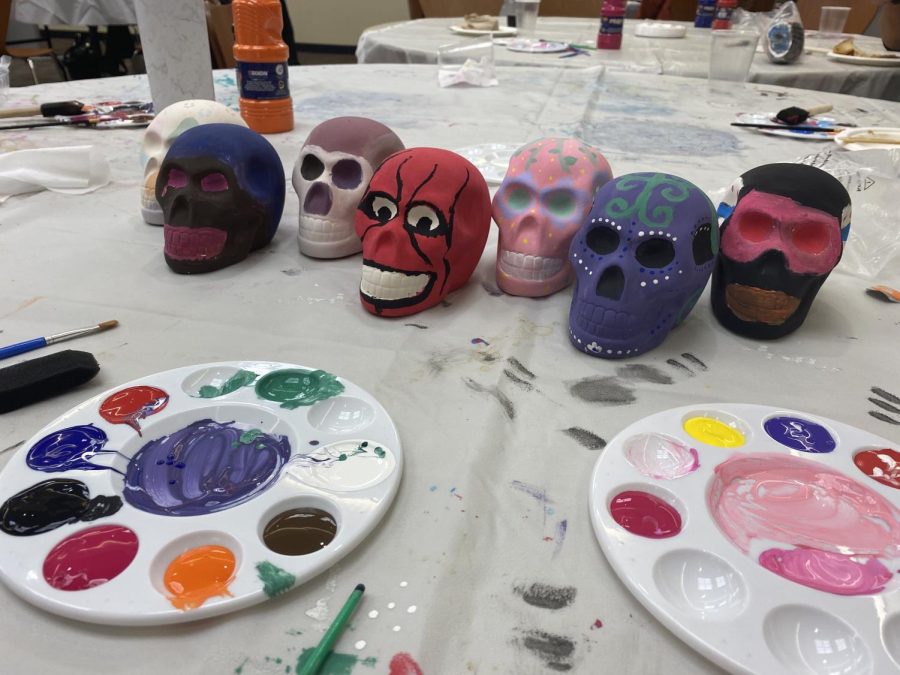 Members of Fordham Lincoln Center’s Student Organization of Latinx (SOL) and the Commuting Students Association (CSA) came together on Oct. 28 to paint skulls — but not for Halloween. These were calaveras, decorative sugar skulls for Día de los Muertos.

Every year on the first and second days of November, people in Mexico and across Latin America celebrate Día de los Muertos, which translates to Day of the Dead.

While the holiday may sound like a somber or even morbid event to those unfamiliar with Mexican tradition, it’s actually a lively and joyous day. Its purpose is not to mourn the dead but rather to celebrate the lives they lived and the memories and legacies they left behind with their families and friends.

Día de los Muertos has been celebrated for thousands of years, originating in Aztec rituals for the dead. The Aztecs viewed death as a natural part of life; dying is not an end to the human experience but simply another step. They also believed in an afterlife called Chicunamictlán, or the Land of the Dead, in which newly deceased souls go through a long and treacherous journey.

The living family members left offerings such as food and tools to help their loved ones along the way. Over the years, as Europeans conquered Latin America, these indigenous traditions merged with the Christian holidays of All Saints’ Day and All Souls’ Day to create the Día de los Muertos that is celebrated today.

One of the most important parts of Día de los Muertos celebrations is the ofrenda. Families put together altars full of food, drinks, photos, marigold flowers and other decorations to welcome back the deceased because they believe that the souls of the dead return to visit the living during this holiday. The celebrations range from visiting family members’ graves to hosting parties to participating in street parades.

Sugar skulls, an important symbol of Día de los Muertos, can be seen everywhere during the holiday. The skulls can be decorative or edible, made of sugar or clay. Some have names written on them to honor the person that has passed. They’re often intricately designed and can be found on any ofrenda. This tradition also dates back to the Aztecs, who would give skulls as offerings to Mictlantecuhtli, the god of the underworld. Additionally, it’s common for people to wear sugar skull face paint during Día de los Muertos celebrations.

It’s a common misconception that Día de los Muertos is simply “Mexican Halloween” due to the two holidays being close in date and sharing somewhat similar imagery and history. However, that couldn’t be further from the truth.

Events such as this sugar skull painting give students an opportunity to learn about different cultures and participate in them respectfully. Students left with a greater understanding and appreciation for Día de los Muertos — and a beautifully painted calavera too.