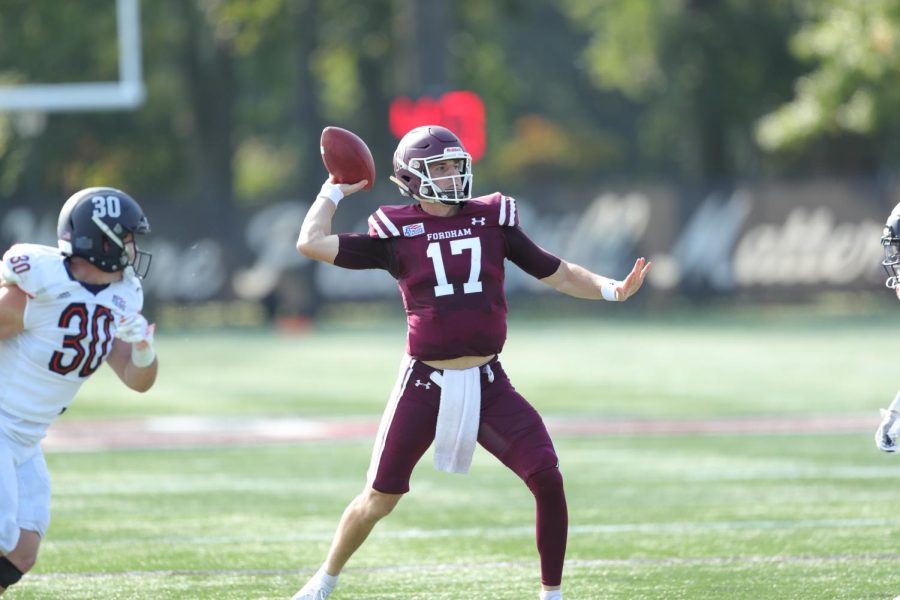 Fans in the stands remain scattered at Coffey Field, betraying an undeniable truth: There’s a football school in the Bronx.

The Fordham football team defeated the Bucknell University Bison 66-21 in another dominant home performance at Rose Hill on Saturday, Oct. 16. Quarterback Tim DeMorat, Fordham College at Rose Hill ’22, threw six touchdown passes in the first half to put the Bison away early in another blowout win for the Rams.

After the game, DeMorat was quick to give credit for the victory to his teammates, who he said “make my job a lot easier.”

“Our offense has been playing good football lately,” DeMorat said. “The O-line is blocking, receivers are making plays, so we just need to keep the ball rolling.”

The Rams have now emerged explosively in three straight games.

In the past two weeks, Fordham outscored opponents Wagner College and Bucknell by a combined score of 122-28. Following their most recent victory, the Rams moved to 2-0 in the Patriot League, tied for first in the conference, and now hold a 4-3 overall record in 2021. The team has not had a winning record through seven games since 2016.

In Fordham’s first four games of the season, the team’s offense only scored one touchdown in the first quarter, but the Rams have now emerged explosively in three straight games. After 21- and 14-point openings against Lafayette College and Wagner, respectively, the Rams leapt on the Bison in similar fashion with three scores in the first 15 minutes.

On Fordham’s first two drives of the game, DeMorat found Dequece Carter, Gabelli School of Business at Rose Hill (GSBRH) ’23, and Garrett Cody, FCRH ’23, in the endzone on just 11 plays to give the Rams a 14-0 lead. Bucknell struck back with a score of its own, but Fordham’s offense traveled 75 yards in six plays on its next possession, culminating in a five-yard touchdown pass from DeMorat to Fotis Kokosioulis, FCRH ’22.

The Rams continued to roll in the second quarter, scoring 10 more points in the first six minutes on another DeMorat touchdown pass to Kokosioulis and a field goal from kicker Nick Leinenweber, FCRH ’22. But with a 31-7 lead, Fordham’s offense finally stalled.

In the first play of the Rams’ seventh drive, running back Trey Wilson III, GSBRH ’23, fumbled at Fordham’s 35-yard line and gave possession to Bucknell. Deep in their opponent’s territory, the Bison only needed three plays to reach the end zone and tighten the score to 31-14.

The time to start paying attention to the football team is past due.

In an echo of the Rams’ near-collapse against Lafayette on Oct. 2, the offense faltered again on the ensuing drive, giving Bucknell an opportunity to cut the deficit to 10. But on the first play of the Bison’s possession, Fordham linebacker Parker Spillers, FCRH ’23, forced a fumble on a short pass, and defensive end Deondre Carter, Graduate School of Arts and Sciences ’23, recovered to give the Rams possession.

With 5:51 remaining in the quarter and Bucknell’s rally snuffed out by timely defense, Fordham firmly regained momentum and did not relinquish it again. Six plays after the fumble, DeMorat went to Kokosioulis again for a one-yard score.

Then, with 1:51 remaining, the Rams got the ball and DeMorat moved the offense 52 yards in four plays and scored again, this time throwing to Dequece Carter. The chances of a Bucknell comeback were slashed by the end of half as Fordham took a commanding 45-14 lead.

“One fumble is too many, so four is something we’ll look closely at with the film.”Joe Conlin, head football coach

Unlike last week, the Rams’ starters remained on the field at the beginning of the third quarter despite securing a sizable lead. The Rams seemed well on their way to another score on the first drive when running back Trey Sneed, FCRH ’22, was hit hard and fumbled following a 20-yard run.

Sneed exited the game with what Head Coach Joe Conlin described as a “lower body” injury that the team would closely monitor. In his stead, Wilson III had another rocky quarter, scoring from 39 yards out on Fordham’s next possession but also fumbling for the second time four carries later.

The Rams had a 36-point lead when the backup running back fumbled and eventually went on to win by 45, but Conlin described the team’s four lost fumbles on offense as a “ball security issue” after the game.

“Whatever it takes to win.” Tim DeMorat, Fordham College at Rose Hill ’22

“One fumble is too many, so four is something we’ll look closely at with the film,” Conlin said. “We start every practice with ball security and takeaway; it’s one of the cornerstones of our program, so we’ll make sure we address it.”

With the game well in hand by the fourth quarter, two more Fordham touchdowns and a single score for Bucknell were largely negligible. Just as they did on homecoming weekend, DeMorat and the Rams’ passing attack overwhelmed the competition. With six passing touchdowns, the senior quarterback tied the school record for most touchdowns in a single game — and he only needed a half to do it.

Though they all came from the same arm, the six receiving touchdowns were split between Kokosioulis, Cody and Carter. After the game, DeMorat was pleased with his performance and laughed when asked about a potential return to full-game appearances.

“I don’t mind it like this, for sure, but whatever it takes to win,” DeMorat said.

With a quarterback in the midst of a phenomenal season, dynamic receivers all over the field and a timely, occasionally dominant defense, one might suspect that Fordham football games are a hot ticket. But in a game occurring between Homecoming and Family Weekend, the bleachers were sparsely populated as the Rams walloped Bucknell.

While next week’s matchup against Lehigh University may attract more fans, it is doubtful that the attendance at Coffey Field will ever correspond directly to the quality of football currently being played there. On Nov. 13, Fordham will play the College of the Holy Cross in a home game that may decide the conference championship. 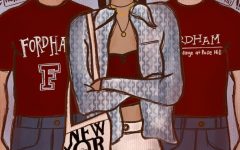 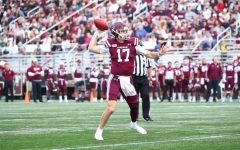 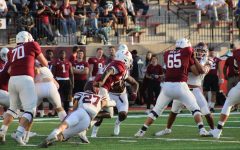 For Fordham fans, the time to start paying attention to the football team is past due.

The team has earned a disappointing reputation in recent years, but the 2021 Rams are no laughing matter.