My cosplay as a Rose Hill student was less than successful 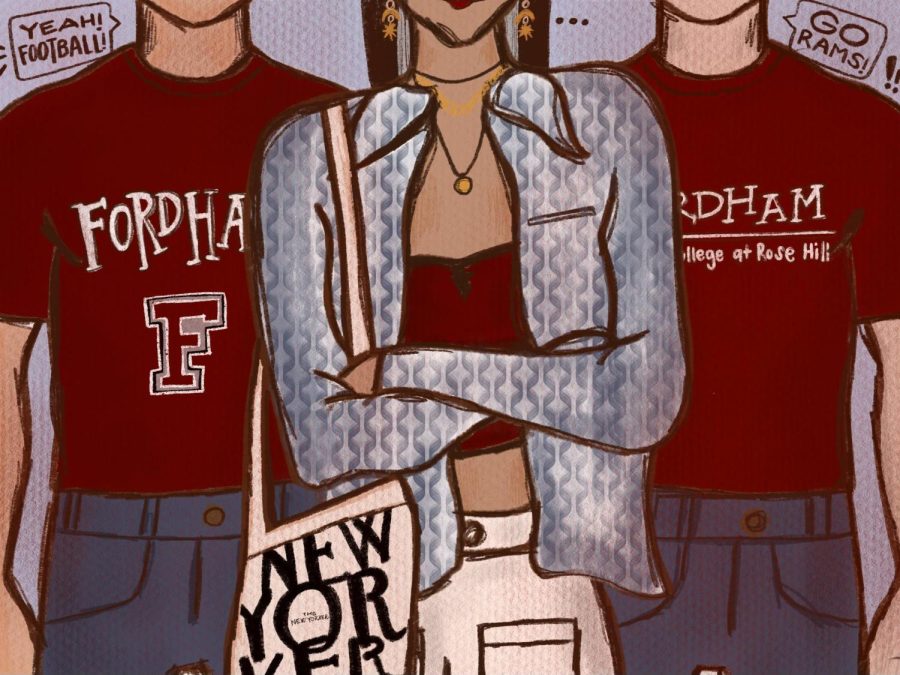 Be prepared for an overrated and under-scored match if you ever attend a game at Jack Coffey Field.

A few weeks ago, my roommates and I did the unthinkable — we went to a Fordham football game. When I told my other Lincoln Center (LC) friends that we were spending our Saturday evening at Jack Coffey Field, they all asked us why. The reason we gave: We wanted to experience a college tradition and cheer on our school. The real reason: We had nothing better to do and it was free.

As someone who went to a large public high school where football was more important than math, I have attended my fair share of games, but not often enough to have an appreciation or a basic understanding of the sport. Although football and school spirit are not my core values, I did go into the game with some expectations about student sections, bands, school spirit and, frankly, the team’s skill level. For the most part, Fordham did not offer what I was expecting.

On Saturday, Sept. 11, Fordham played Monmouth at home and — spoiler alert — lost. We arrived late in the middle of the first quarter due to a detour that involved my roommate, Caitlin, getting her nose pierced at Chelsea Market, which is the most LC way to go to a football game. We hopped on a Ram Van, sitting way too close to several sniffling and coughing Rose Hill students, and filed into the stadium filled with unenthusiastic, unmasked Ram Fans.
Am I incapable of having fun? Yes. But are college football games and other traditions overrated? Also yes.
“Fans,” however, is a bit of an overstatement — I had never seen a crowd of people less excited for something in my life. Although the football team did not get much attention, one of the cheerleaders did. A group of 30 of her friends decided to celebrate her 21st birthday by coming to the game carrying megaphones and wearing matching t-shirts with her face on them. Happy birthday, girl, wherever you are.

After coming to the horrific realization that there were, in fact, four quarters and the game would not be over after the first 15 minutes, my roommate and I promptly left. We explored the Rose Hill campus and discovered it is just as boring as we expected. After the obligatory Instagram pictures, we sat in a pair of out-of-place beach chairs on an overwhelmingly large patch of grass and waited for the rest of our friends to get bored of the game.

As we sat contemplating our life choices and longing for the sterile hallways of LC, my roommate, Caitlin, turned to me, and said, “I’m just too cynical for this.” I pondered: Am I incapable of having fun? Yes. But are college football games and other traditions overrated? Also yes.

By the fourth quarter, I had thoroughly established my superiority complex and was ready to go back to judging other students at the game. Excitingly, the stadium was so empty that my friends and I were put on the jumbotron. About five minutes later, we were featured again. By our third appearance, the fame had completely gone to my head, and I was toying with a spinoff reality series. Those who, for some reason, stuck around were given the distinct pleasure of watching Fordham lose once again.

For me, this football game was a learning experience. I learned that I am definitely too cynical for fun, that I could not be happier with my choice of campus and that I would rather spend my Saturday nights watching “Concussion.” Either way, at least I can say that I have taken part in a traditional college experience despite anything but a traditional past year.