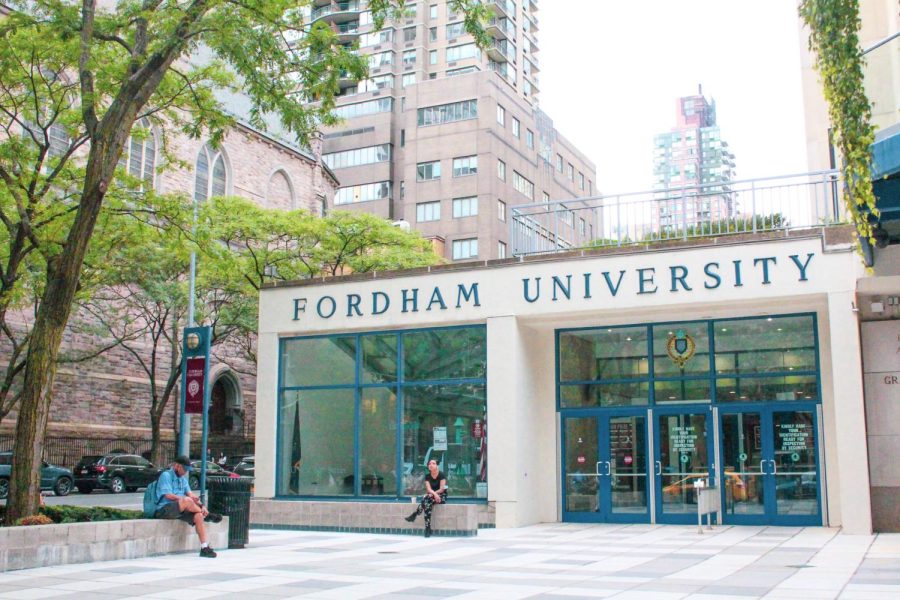 Once again, Fordham has been listed as one of the worst schools for free speech after 250 students were surveyed by FIRE.

Following the university’s court battles against Students for Justice in Palestine (SJP) and Austin Tong, Gabelli School of Business at Lincoln Center ’21, Fordham was ranked 145 of 154 schools in the College Free Speech Rankings survey by the Foundation for Individual Rights in Education (FIRE) in 2021. The ranking was determined by feedback from Fordham students.

FIRE is a nonpartisan organization committed “to defend and sustain the individual rights of students and faculty members at America’s colleges and universities,” according to the organization’s website. FIRE educates students about First Amendment rights.

Fordham has been ranked in FIRE’s list of the worst 10 schools for free speech three times, with statements from FIRE specifically referencing the SJP lawsuit and the Austin Tong controversy.
“Fordham does promise free speech. And right now, it is bad at living up to that promise.” Adam Goldstein, FCLC ’99
This year’s list is based on the opinions of 250 Fordham students. FIRE did not specify how these students were selected or if they were representative of the student body. Students in the survey expressed that they found it difficult to have “an open and honest conversation” about racial inequality, the conflict in Palestine and many other issues at Fordham.

“Fordham does promise free speech. And right now, it is bad at living up to that promise, according to its own students,” Goldstein said.

Fordham is classified by FIRE as a “red light” institution, meaning Fordham has at least one policy that clearly and substantially restricts freedom of speech.

Fordham has been issued a red light warning specifically for its IT policies. The policy states that the following actions are banned: “using any IT resource or communication services, including email or other means, to intimidate, insult, embarrass and harass others; to interfere unreasonably with an individual’s work, research or educational performance; or to create a hostile or offensive working or learning environment.”

”While it might be nice if people didn’t insult each other, banning insults is a speech restraint incompatible with Fordham’s other promises,” Goldstein said. “Reforming the IT policy alone would have improved Fordham’s ranking substantially.”

The survey used 100 points to rank schools, with 88 of those points coming directly from student responses to the FIRE survey. Only 7% of respondents said that it was extremely clear that Fordham administration protects free speech, while 13% said it was not clear at all.
“Fordham’s campus is not a place for free speech under the current rules in place about public display and protest.” anonymous sophomore
One junior who was surveyed expressed being unable to express their opinion about the prison-industrial complex in class: “My professor immediately shut me down and made me feel like a bad person in front of the whole class.”

A sophomore surveyed said they were concerned by how Fordham responds to student protests.

“Anytime that I think of wanting to have a protest on campus I think of the severe punishments that the administration has dealt to students in the past,” the student said. “Fordham’s campus is not a place for free speech under the current rules in place about public display and protest.”

“Fordham is free to believe what it chooses, and should be answerable for what it chooses to believe,” Goldstein said. “If Fordham wants to continue onward as an institution that restrains student protest and social media activity, it should remove the free speech promises from its policies and honestly admit that it doesn’t intend to protect free speech.”

Bob Howe, vice president for communications, declined to comment on the ranking.