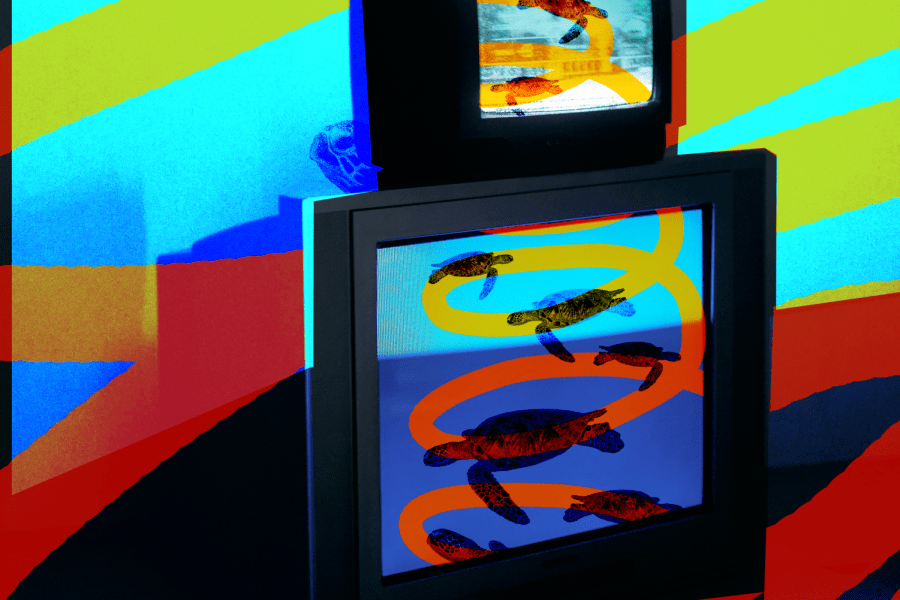 OCD deserves the same attention that anxiety and depression get, and the media should show accurate depictions rather than stereotypes.

​​When I was 9, I couldn’t stop doing cartwheels. Each time I passed through the living room of my house, I had to do a cartwheel. It never occurred to me to wonder why. I did it as if it were a chore someone had delegated to me, even learning how to do a one-handed cartwheel so I wouldn’t have to put down whatever I might be carrying.

This compulsion and others like it — jumping to touch the top of every doorway I walked through, taking a 40-minute shower before I left the house even when it made me late, doing seven push-ups every morning — were harmless enough that I did not consider them to be an impediment to my day-to-day life. If anything, I saw them as self-improvement by becoming just a little stronger, fitter, or cleaner.

When I turned 14, what had once been quirky habits became uncontrollable obligations. I was inundated with newly frightening obsessions and compulsions, as if I had been delegated new tasks by an imperceptible overlord. I had been a dancer for a decade by that point, but one day during rehearsal I was struck with a gripping fear that I would forget the choreography I needed to perform. I quickly ran through the steps a few times, but the satisfaction that brought me only lasted a few minutes before the fear returned with the same intensity, as if it were the first time I thought of it. I repeated the cycle, barely remembering what had happened a few minutes before in the haze of my panic.

Over the course of that year, the fear of forgetting escalated to a fever pitch and migrated to other areas of my life: I moved through each day having hourly panic attacks that I would forget how to walk, to talk, to read at any moment. Later, I had consuming obsessions with eating a specific amount of calories at a specific time of day, as well as interrupting myself every few minutes to check on my dog and make sure she hadn’t suddenly died. I spent a while convinced I was developing schizophrenia, and a few months went by where I could not go 10 minutes without thinking about my own death.

Because my specific obsessions were fairly abstract, my primary compulsion was to think about them constantly, in the feverish hope that I would stumble across the correct string of thoughts to make it all go away. As a result, I spent much of high school thinking I was going to have to settle into a life of being insane.

In reality, I was struggling with obsessive-compulsive disorder (OCD), the mental illness characterized by repetitive worries that cause such anxiety that the person feels they must perform a behavior or task to ensure that the disastrous outcome won’t happen. The condition can be genetic or environmental, and nothing necessarily needs to happen to induce it.

Approximately 2.3% of American adults — roughly 7.5 million people — will struggle with lifelong OCD. Not everyone will mirror the hand-washing and picture-frame-straightening stereotype that OCD is confined to on television and in books. OCD in the media is often relegated to a punchline, making it difficult to understand what the condition really is or to recognize the symptoms in oneself.
This mindset, encouraged by poor representation of OCD, dissuades people from getting help because their problems haven’t been deemed palatable.
I did not consider the possibility of OCD until I was 17, after many years of confusion and agony, because my obsessions and compulsions felt too strange and alarming — I wasn’t particularly neat, nor was I a germaphobe, so I thought I didn’t have the prerequisites necessary to qualify. What plagued me seemed too bizarre to be anxiety but didn’t align with depression. I felt as though, in my sheer misery, I might have accidentally invented a new affliction.

This mindset, encouraged by poor representation of OCD, dissuades people from getting help because their problems haven’t been deemed palatable. Some of the more unsavory aspects of OCD, like intrusive thoughts about hurting oneself or others, are rarely discussed, despite their prevalence. Such an oversight leaves people feeling frightened of themselves and too embarrassed to ask for help.

Even with a strong support system, I felt alone inside my brain, and I didn’t know how to reach anyone who could relate to such seemingly abnormal thought patterns. I disguised my panic attacks as funny anecdotes to hide how embarrassed I felt, mirroring the treatment I had seen on TV.
OCD deserves the same attention that is paid to depression and anxiety.
John Green was the first relatable representation of OCD I ever encountered. Green’s Vlogbrothers videos on YouTube candidly discuss his debilitating fear of bacterial infections and how his subsequent compulsions can eat up hours of each day. His book “Turtles All the Way Down” provides a painstaking recreation of the day-to-day experience of OCD so acutely familiar that I could hardly stand to read it. It was like looking into the sun.

The more I heard and read from John Green, the more comfortable I felt talking about my own mental state. I cannot imagine how I might have fared without a role model who convinced me that I could both have OCD and be a caring person attentive to the world outside myself.

OCD deserves the same attention that is paid to depression and anxiety. It often requires similar treatment, such as cognitive-behavioral therapy and medication. These are expenses that many cannot afford, so the least we can do is ensure that popular media contains authentic examples of people living with the disorder. People with OCD deserve to know they are not alone, even if they don’t feel like they’re having “traditional” or “acceptable” problems.

Media representation can’t replace serious education about mental health, nor is it a treatment. But even the smallest thoughtful depictions, ones that shun the typical lazy jokes, make a difference. For those who think they might have OCD, representation provides a much-needed confirmation that there are other people out there like them. For those who don’t, it elucidates a difficult condition and helps them recognize the disorder in the people around them.