In the crowd: A lexicon of glimpsing celebrity on the museum’s red carpet 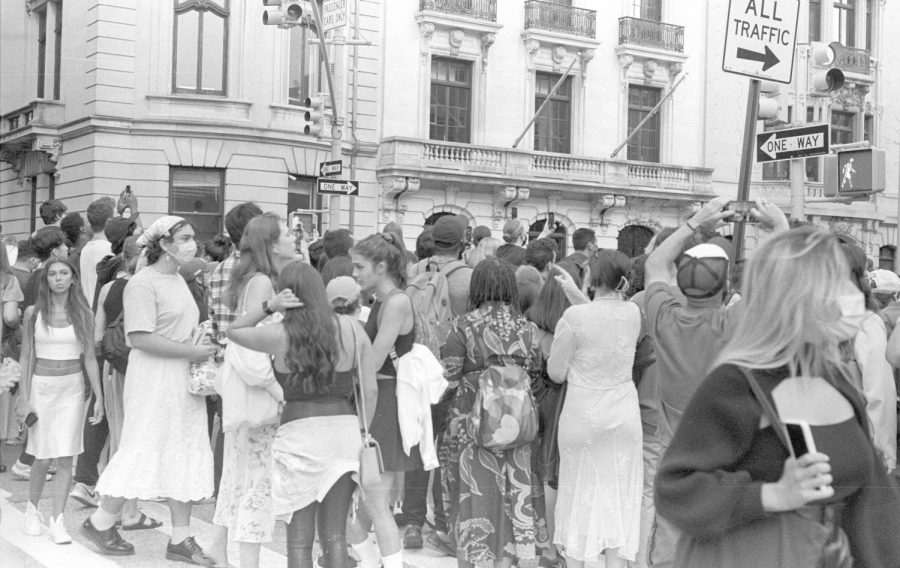 People crowded around trying to view the celebrities attending the Met Gala.

A cowboy hat. Long grey capes. The back of Timothée Chalamet’s coiffed hair. These were the best you could hope to spot among the throngs of people gathered outside The Met on Sept. 13.

Despite some difficulties typical of bustling events of that nature, Maggie Butler, Fordham College at Lincoln Center (FCLC) ’23, made her way up to The Met.

“So I think we might have done it wrong,” Butler said. “Even though I saw Timothée Chalamet from a distance, I couldn’t really make out anyone else that I saw and I had to look up who I saw after just based off of the outfit colors.”

For many spectators, the event becomes more of a matter of showing up and being in close proximity to their cinematic dreams and the major players rather than seeing every gala attendee. It is an exercise in appreciating the atmosphere. Still, there is hope to spot a beloved star in real life.

“I really wanted to see Dan Levy, and I’m obsessed with ‘Schitt’s Creek.’ I love his show, so he was the person I wanted to see most,” Butler said. “And it was so disappointing because I was standing there, watching the whole time but then I saw someone next to me scrolling through Instagram and he was already in there.”

There’s no sure-fire way to secure a coveted glimpse of your celeb crush but there are some things to do to give it your best shot. Butler advised showing up in the early afternoon and arriving with your group to avoid the struggle of finding your friends in a crowded space.

If you’re looking for a perfectly posed photo with a neat descriptor beneath, you’re better off viewing the gala online. But, if you’re up for the unexpected challenges and fun of navigating an event space and its surroundings, head uptown.

Just remember, in the sage words of Butler, “Bring a pair of binoculars.”