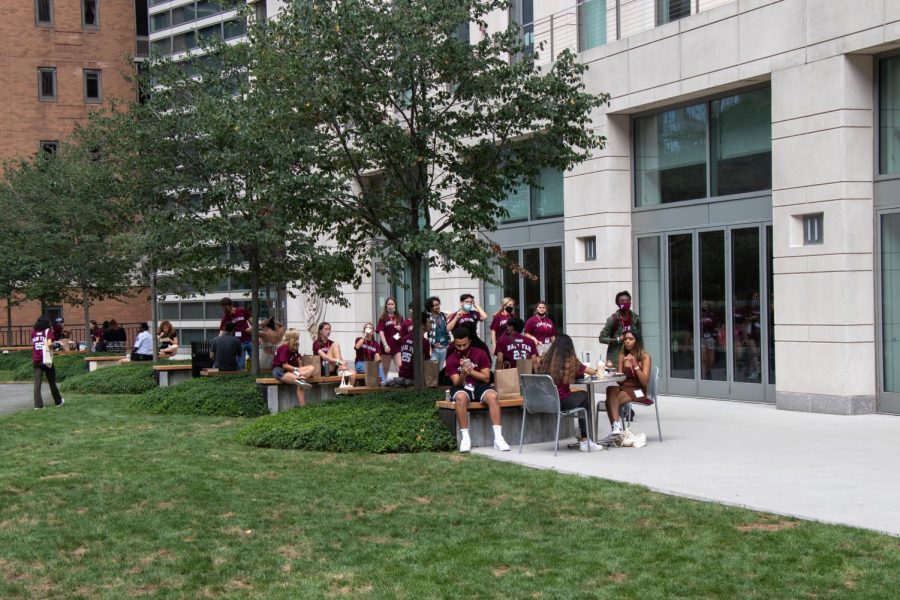 Some first-year students received little to no communication from ResLife on their housing assignments for this school year.

In anticipation for the fully in-person fall 2021 semester, first-year residents reported receiving their housing assignments two weeks later than anticipated and poor communication and unresponsiveness from the Office of Residential Life (ResLife).

Jenifer Campbell, director of residential life, said the assignment of first-year students to housing was “ongoing through opening”of the fall semester.

Several first-year residents who completed their housing applications expected to receive their assignments at the beginning of August but received no communication from ResLife until mid-to-late August.

Lydia Williams, Fordham College at Lincoln Center (FCLC) ’25, completed her housing application weeks before the deadline and chose to be randomly assigned a roommate; she did not receive any confirmation email.

Students who selected roommates ahead of time were instructed to form a group on the application; however, the housing portal crashed. A Google Form to create roommate groups was introduced instead.

Emma Burden, FCLC ’25, explained that she selected her roommate ahead of time. When she attempted to create a roommate group, the application would not allow her to do so.

“I emailed ResLife and they emailed me back with a Google Form at 11pm in June, they never emailed my intended roommate and I had to send it to my roommate,” she said.

ResLife did not announce when housing assignments would be released. They only specified that assignments would be sent out in early August. Williams explained that many first-years interpreted this period to fall within the first week of August; instead, students began to receive their assignments on Aug. 12, with the rest arriving in the last two weeks of August.

Williams noted numerous and lengthy phone calls with ResLife. She received her housing assignment shortly after contacting the office directly, with other students receiving theirs on Aug. 26 and Aug. 27.
“The person I spoke to wasn’t very sympathetic to my questions.” Delaney Schwantes, FCLC ’25
“After calling ResLife at least three or four times and sitting on hold for nearly 45 minutes, I was told my assignment over the phone and my email was sent immediately following that call, which took place on August 20,” Williams said.

Move-in for all first-year residents was on Aug. 29, only two days after some students received their assignments.

Delaney Schwantes, FCLC ’25, echoed a similar experience with ResLife. Schwantes called twice and during one of the calls, ResLife informed her that housing assignments will circulate later than originally scheduled.

“The person I spoke to wasn’t very sympathetic to my questions,” she said.

Not all first-years had the same troubling experiences with ResLife. Stella Rose, FCLC ’25, shared that her experience was positive. Rose expressed initial concerns when submitting her application. Rose explained her apprehension with completing applications alone and accidentally excluding information, attributing her anxieties to a lack of communication on behalf of the university and unclear directions.

“Fordham was very helpful, though, when I had ResLife inquiries. They were concise and quick to respond to my questions,” Rose said.

Students have reported issues with ResLife’s communicativeness, quarantining conditions and gender inclusivity in the past.