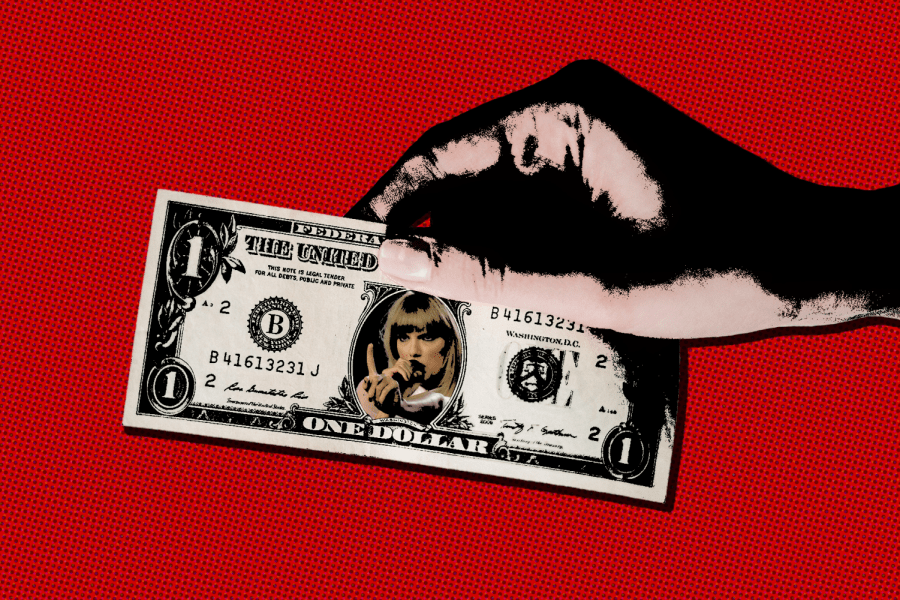 Taylor Swift's re-recording of old albums represents the way the artist is fighting for control of her music.

As New York City’s humid weather comes to an end and fall hovers right around the corner, not only are New Yorkers looking forward to cardigans and pumpkin spice lattes, but Swifties are also eagerly anticipating Taylor Swift’s rerecording of her iconic album “Red,” released back in 2012.

It was the first day of school, and I was in the fourth grade. A new girl introduced herself to the class then found her way to the seat next to mine. One of our very first conversations started with, “Do you know Taylor Swift?”

“No,” I replied. Soon after, the new girl helped me discover Taylor Swift for the first time by recommending some of her favorite songs like “Teardrops on my Guitar.” Instantly, I was hooked on Swift’s ability to fit love and heartbreak all in one album. Now, many veteran Swifties like myself can watch it “begin again.”
Swift is advocating for the right for artists to own their work.
Puns aside, as many fans are creating a countdown for this iconic album’s release, one must question: Why is Swift doing this all over again?

This isn’t the first time she has done this. She rerecorded her 2008 album “Fearless,” which had previously won four Grammys. Critics might question if she is doing this with the intention of winning more awards; however, they would miss the point because, in truth, Swift is advocating for the right for artists to own their work.

It all started back in 2014 when Swift removed all of her music from Spotify. She felt that she could “never ever get back together” with Spotify because she did not want to put her life’s work out on the platform for free when Spotify does not fairly compensate writers, producers and artists who worked on the music. Moreover, Swift brought up the point that music is a form of art that should be paid for and acknowledged.

Soon after in 2015, Swift wrote a letter to Apple advocating for artists, especially rising artists. She asked Apple to give artists the credit and proper compensation they deserved since previously, Apple would not pay artists during its three-month free trial. Of course, Apple wanted Swift to “stay, stay, stay,” so Apple accepted Swift’s advocacy and declared that Apple Music will pay artists for streaming even during the first three months of a free trial.

Now that we understand why Swift speaks up for the right of artists to own their music, let’s return to her rerecordings. Back in 2005, Swift signed a record deal with a record label company, Big Machine Records. The contract gave ownership rights to the company for her first six albums. Of course, Swift was able to keep the copyright to the songs she had written, but Big Machine Records owned the masters to her music.

Many years later, after Swift released her sixth album, “Reputation,” Swift and Big Machine Records tried to negotiate what their new deal would look like when she released new music. But in 2018, Swift entered a new contract with Republic Records and Universal Music Group, which led Swift to own her master recordings for new music that she would be producing.
Swift opted to re-record her previous albums to gain ownership back.
However, media proprietor and record executive Scooter Braun acquired Big Machine Records, including the masters to her first six albums, which gave him the right to sell these masters without her consent. After a monthslong dispute with Braun, Swift opted to rerecord her previous albums to gain ownership back.

This was a pivotal moment for her career because she has much more artistic freedom to venture out and try something different. This change was shown in “Fearless (Taylor’s Version),” as Swift was able to put unreleased songs in this rerecorded album, which she had never done before.

As for the unreleased songs on “Red (Taylor’s Version),”  the 10-minute version of “All Too Well” will be released, and fans will “get lost in translation” as they explore her new version of “Red.” In addition to that, “Red (Taylor’s Version)” will feature artists like Phoebe Bridgers and Ed Sheeran, in which Sheeran and Swift will perform their first-ever written song together. Not only am I excited to hear the 10-minute version of “All Too Well,” but I also cannot wait to reminisce, visit fourth-grade Karen and see that “everything has changed” as I witness Taylor Swift’s new version of the album, all in “burning red.”