Invincible’s Power Is Not His Toughness 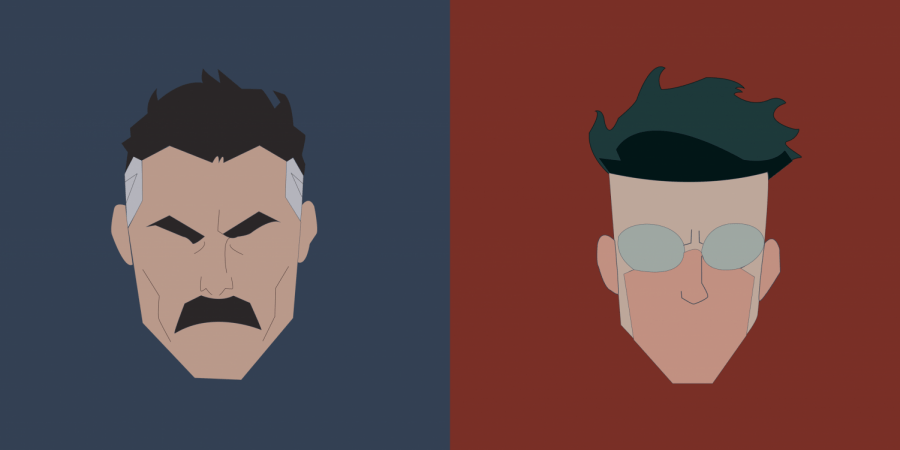 Mark and his father, aka Invincible and Omni-Man, are equally powerful but in very different ways.

I was initially apprehensive about watching “Invincible.” Beyond the now-famous memes and the gratuitous imagery, I wasn’t very interested in the show. Nevertheless, I succumbed to my friends’ pleas to watch it and ended up very impressed by the show’s gripping action and adult themes.

The superheroes-gone-bad trope is inevitably going to draw comparisons to Amazon Prime Video’s other popular show, “The Boys.” Where that show focuses on the broader societal implications of superheroes and their ties to greedy corporate commercialization, “Invincible” focuses on the inner turmoil of superheroes and their relationships with their communities. The story follows Mark Grayson — who dubs himself as Invincible — as he discovers the superhero powers that he inherited from his father Rick, known to the world as Omni-Man. What follows is a story filled with violence, twists and unexpectedly poignant moments relating to fear, inadequacy and the deflation of expectations.

The show’s animation is the biggest victim of its limited budget. While high for Amazon Prime’s standards, the $10M-per-episode budget pales in comparison to Marvel’s $25M for its Disney+ shows. This makes for animation that is basic and rudimentary, lacking the flair or personality that makes other animated pieces shine with vibrancy and fluidity. However, the show does a good job of overcoming its technical limitations by using other effective ways to depict action.

The lackluster animation is compensated by the impactful sound design, character interactions and story. Despite the limited production budget, every punch is paired with a disproportionally loud crack and large splashes of blood. The actors’ performances did justice to the emotions of their characters, and the unforgiving nature of the story leaves no character safe, which paves the way for an intense show filled with suspense and fear.

The star-studded cast delivers beautiful performances. Steven Yeun’s performance of Mark Grayson is filled with all the naiveté and ignorance that fills the inexperienced eyes of a child looking at godly figures prior to the painful realization that things are not as they seem. Sandra Oh expertly plays the role of an everywoman, a regular human being, as she comes to terms with her place in a family of superhumans. She is also the prism through which the show depicts the conflicting nature of marriage and the value of a mother’s warmth. Finally, the restraint in J.K. Simmons’ performance showcases Omni-Man’s many layers, starting from his apprehension with raising a superhero son to the suppression of his cataclysmic intentions and sinister secrets.
Like many other noble comic book characters, Mark’s priority is saving people, but the application of this goal in this universe is much more grounded.
Mark stands at the perfect crossroads between sheer, godlike strength from his father and the familiar “powerless” but human attitude from his mother. He faces the arduous task of juggling saving people and making quality time for those around him. The entire show uses Mark and the people around him to display the meaningful — albeit unoriginal — premise that strength doesn’t solely come from sheer physical strength or mental aptitude but from heart and character. In the same way, Mark’s strength comes from his heart rather than his physical gifts, the show’s heights come from its poignant, emotionally driven characters rather than superficial visuals and action.

Like many other noble comic book characters, Mark’s priority is saving people, but the application of this goal in the universe is much more grounded. Mark cannot save everyone. In his attempts to help the general public, he is sometimes the cause of others’ demise. He is often outmatched and beaten, resulting in numerous casualties that tear apart his misplaced godlike complex and his black-and-white view of the world. The guilt and doubt that inevitably come from these failures ground Mark as a relatable character whose juvenile sense of morality is constantly torn down through multiple grueling encounters. In these brutally helpless moments, Mark shows an intimacy that makes him such an endearing character worth rooting for.

Omni-Man is the embodiment of arrogance. His force reminds us that when we strip humanity of our illusion of power, we become nothing but a vulnerable pile of meat. All the guns, bombs and tight-knit bureaucracies can be so easily taken away. When faced with the fragility of man in a world of gods, mere humans can only hope that one of them cares. Omni-Man does not. Mark slowly learns this horrifying truth about his father, not wanting to believe it at first, and then being forced to confront it head-on.
Yes, Mark is no Omni-Man, but Omni-Man is no Mark, either.
After spending such a long time looking up to his father as the perfect figure, Mark has to learn to not embrace his father’s greed, narrow-mindedness and cruelty. He has to see the people weaker than him as people, not insects. He has to recognize the power of humanity, that having strength or intellect is worthless without humility.  Yes, Mark is no Omni-Man, but Omni-Man is no Mark, either. True power can come in a more tame form.

A powerful fist. An adept brain. All those mean nothing if not powered by a good heart. Indeed, what saves the world from this abominable perversion of Superman is heart.

This show is not done. Amazon has confirmed more seasons to come. Given this unique story, the possibilities for unconventional storytelling are endless, and this universe has a lot more room to explore.

What “Invincible” reminds us is that we don’t have to be the strongest or the smartest to have an impact. As long as our hearts are in the right place, we can achieve something for our loved ones. Heart is the strongest power there is.