Remembered for the love she brought to the court and inspiring generations of young women, Burke taught her team to ‘put Faith before Fear’ 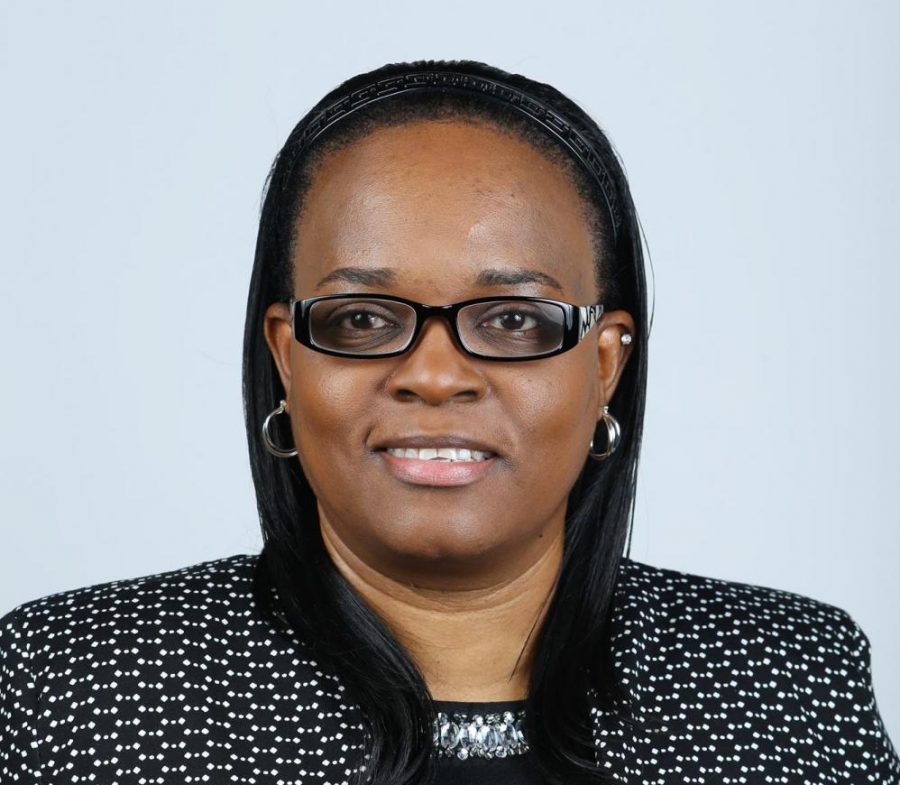 Sonia Burke, an assistant coach for the women's basketball team, was an inspiration to many members of the team.

Women’s basketball assistant coach Sonia Burke passed away on Friday, July 16, after a yearlong battle with stomach cancer. Burke coached at Fordham for four seasons, leading the team to a conference title in 2019 and recruiting many of the players on the roster today. She was 53.

Earlier this year, the women’s basketball team raised $36,713 to fund Burke’s treatment, which involved multiple rounds of chemotherapy and surgery. News of her improving health in the spring gave many program members hope, but her health rapidly declined thereafter and news of her passing was sudden.

Following a team meeting on the night of Friday, July 16, all practices were canceled for the next week in order to give players and staff members time to process and mourn their loss. A memorial ceremony was held on Tuesday, July 20, in the McGinley Ballroom to honor her life.
“I just feel that she’s in Heaven with my mom, and we’ve got two angels looking over us.” Stephanie Gaitley, women’s basketball head coach
For Head Coach Stephanie Gaitley, the pain of Burke’s passing was compounded by the death of her mother, Martha Vanderslice, on July 6 at the age of 95. In a video posted to Twitter on July 18, Gaitley talked about her time of mourning and described Burke’s impact as a coach and friend.

“You could say loyal; you could say compassionate. I think of love. I think of somebody that made me smile; now she’s making me cry. But I just feel that she’s in Heaven with my mom, and we’ve got two angels looking over us,” Gaitley said.

For nearly 25 years, Burke’s life was dedicated to college basketball as a player and coach. In 1999, after two seasons playing at Okaloosa-Walton Community College, she transferred to Spring Hill College in Mobile, Alabama, and quickly became a consistent contributor for the Badgers.

In her first season with the team, Spring Hill compiled a 23-10 record and won the 2000 Gulf Coast Athletic Conference Championship. Despite being a new member on a championship-winning roster, Burke still managed to lead the team with a 54% shooting percentage while recording 98 assists. Later that year, Burke won another title as the captain of the Barbadian national women’s basketball team at the 2000 Caribbean Basketball Championships.

Shortly after Burke graduated in 2001, she turned to coaching as a profession, working for several teams in brief stints before settling into a position with the Manhattan College Jaspers in 2003. For the next 13 years, she worked in various roles for the Manhattan program and became an associate coach in 2010. In 2017, she joined the staff at Fordham as an assistant coach.

As the Rams’ recruiting coordinator and forwards coach for four seasons, Burke guided Kaitlyn Downey, Fordham College at Rose Hill ’22, through every step of her college basketball journey. As Downey prepares for her senior year, she gives Burke an immense amount of credit for helping her excel at the collegiate level.

“She took me in freshman year. She just continued to work with me every day and was always available and willing to help me,” Downey said. “Whatever it might be, she was always ready to contribute in any way possible, and I feel like that has been the reason I’ve had success on this team.”

As team captain, Downey was at the forefront of the fundraising effort for Burke in February 2021 and expressed hope at the time that Burke would someday return to lead the team in the Rose Hill Gymnasium. That wish was fulfilled in part, as the assistant coach came back for offseason practices at the end of the academic year. Though bittersweet now, her brief return had a profound impact on every member of the program.

“When she was there, it was just nice seeing her back on the court like normal, how it was a season ago,” Downey said. “We really wanted to celebrate those good times, not fully understanding how limited those moments were.”

While her absence on the sidelines will be noticed by players for some time, Downey believes that her coach’s words will remain with them. Burke managed to make an impression on players with her presence alone, but even after she was forced to step away last season, several choice adages stuck with players and inspired them to play through the pandemic and other challenges.
“Living in the moment is going to be the theme for us this season.” Kaitlyn Downey, FCRH ’22
Most memorably for Downey, Burke regularly told players to “be where their feet are,” or to focus on the present and experience each moment. She lived her life by those words and cared deeply for her partner, Sherlon Quarless, as well as her family, friends, colleagues and players at every turn.

Her life tragically cut short was not a life unfulfilled, as Burke’s impact on generations of women for two decades is one of countless incalculably grand contributions that she made to the world while she could. She made the most of every moment without ever losing sight of where she stood.

As the 2021-22 season approaches and new first-year players join the women’s basketball roster, the team will now have to carry on without one of its brightest leaders. New players won’t be familiar with Burke or her tutelage, but returning players will ensure that her legacy lives on in the Rose Hill Gymnasium for years to come.

“Living in the moment is going to be the theme for us this season. We never know when our time’s up, so we’re going to maximize every minute we’re on the court, every practice and every drill that we’re a part of,” Downey said.

To honor Burke, Stephanie Gaitley wrote a poem in which she states that her friend and colleague will live on through the kind actions and words of those who knew her. This poem was provided by Women’s Basketball Director of Administration Elizabeth Brown and is included in full below.

When we remember Sonia, we all know there is love in the air

Her love for her step-sons Stephen, Justin and Donte was second to none

She adored her grandson Stephen Jr. and of course her beautiful niece Tamya is a special one

It was her coaching days at Manhattan when we met

The Battle of Bronx games were ones we can never forget

She started coming to our practices and we became friends

But that’s where it starts not where it ends

Super kind, great heart, basketball junkie… I knew she was it

I think we would agree that was an incredible trip

She would encourage us to “be present” … “be where your feet are” … these are just some things she would say.

She worked with the bigs, even though she was a super star guard

She would tell them to “EAT” … Which meant ENERGY, ATTITUDE and TOUGHNESS to them

But When she used that hitting pad, they didn’t think she was such a gem

Sonia taught us so much in this last year

She taught us all to put Faith before Fear

To do something for others was never asking too much

She was Ram Tough, and we will make her proud