Christianity Shouldn’t Be a Political Vehicle

While many politicians have sought to embrace policies inspired by their faith, there is a noticeable disconnect between their words and their actions 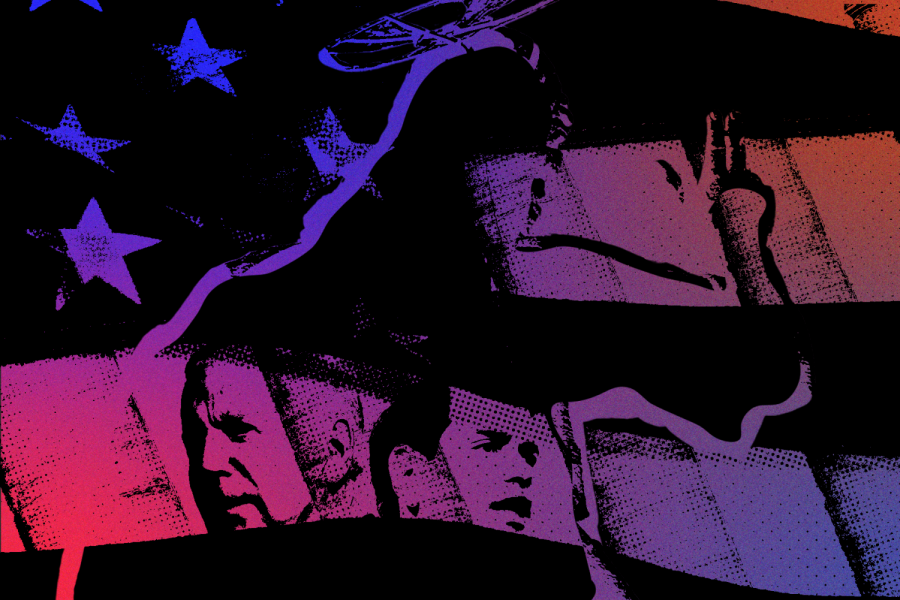 After the 2020 presidential race saw the election of America’s second Catholic president and the fall of white Evangelicals’ golden calf, it seemed to me that a new version of American politics would emerge. After the Christian right had dominated American politics for the better part of half a century, a more genuine expression of religious politics was on the horizon. Instead of empty platitudes and hollow declarations of faith from Trump and his cadre of conservative Evangelicals, the openly devout Joe Biden triumphed in the Democratic primaries off the strength of religious and racially diverse voters, promising a rebirth of new religious liberalism.

At the same time, many prominent Republicans began shifting their rhetoric toward more populist economic policies, with some looking to Catholic social teaching for guidance. Catholic social teaching refers to the centuries-old collection of social and theological commentaries of the popes and episcopal conferences that have touched upon economics, social policies, environmental protection and the defense of human life. Surely such a rich tradition has enough potential to form a new era of political discourse that centers on the dignity of every human person. After six months, the new politics is indistinguishable from the old politics. While this supposedly fresh expression of faith and politics quotes papal encyclicals and parish hymns, its rhetoric is just as hollow and its actions are just as hypocritical.

One headliner of this new breed of politicians was the newly-reinvented Senator Marco Rubio, the failed conservative “savior” of 2016 and potential 2024 presidential candidate who has spent the past few years promoting “common good capitalism.” Rubio claimed his proposals would appeal more to working-class voters than the tax cuts and austerity that have characterized Republican administrations.
Rubio seems all the more willing to pick and choose which parts of his faith he supports, reducing workers to pawns and Church teachings to meaningless rhetoric.
In an opinion piece for the conservative First Things publication, Rubio lambasted conservatives’ failure to uphold the dignity of work. Directly quoting from the encyclical “Rerum Novarum,” the cornerstone of Catholic social teaching, Rubio came out in support of paid family leave and child tax credits. He expounded upon his ideas in a speech at the Catholic University of America, stating that workers should “share in the benefits they create for their employer.”

The only problem is that this rhetoric has not translated into a new agenda. Four years after he jeopardized a Republican tax proposal over child tax credits, Rubio seems to have forgotten his passionate support for families. When Senator Mitt Romney introduced a family support program that was arguably more generous than a similar plan favored by Biden and congressional Democrats, Rubio derided the proposal as “welfare assistance” that would do little to assist working families.

Additionally, while Rubio was the only Republican senator to back the unionization campaign at Bessemer, Alabama’s Amazon warehouse, one of the most high-stakes and publicized union actions in decades, his reasoning was unprincipled. Instead of drawing attention to the poor working conditions and safety hazards Amazon workers face on a daily basis, Rubio centered his condemnations on Amazon’s stances on prominent social issues and even criticized unions as dangerous and destructive. While he may quote “Rerum Novarum,” he dismisses its vocal support for workers’ rights that has defined the Church’s consistent support of unions for over 100 years. Rather, Rubio seems all the more willing to pick and choose which parts of his faith he supports, reducing workers to pawns and Church teachings to meaningless rhetoric.
Unfortunately, phony economic populism isn’t the only thing lacking among the Republican faithful.
Unfortunately, phony economic populism isn’t the only thing lacking among the Republican faithful. Perhaps the most disturbing divergence is the GOP’s continued support of the death penalty, even after the catechism was revised in 2018 to declare it inadmissible. Pete Ricketts, the Republican governor of Nebraska, personally contributed hundreds of thousands of dollars to reinstate the death penalty after the state legislature banned the practice. Ricketts went as far as to rebuke Pope Francis on the matter, citing the supremacy of popular will and “public safety.” After gushing about his Jesuit education and personal meeting with the Pope a few years ago, Republican Governor of Arizona Doug Ducey is on the precipice of reinstating the use of gas chambers for executions.

And what about Biden? Biden, who attended mass on election day and quoted the well-known hymn “On Eagle’s Wings” during his victory speech, is perhaps the most devout man to take office in the 21st century, and he offered a sense of refreshing authenticity after four years of Trump’s opportunistic and offensive attempts at religiosity. Biden was never going to be an ideal candidate for many voters. His administration’s support for repealing the Hyde Amendment, after then-candidate Biden reversed his longstanding support for the measure, was a disappointment for pro-life voters who wished for a more moderate stance on abortion. Biden’s scandalous stance on abortion has been enough for the conference of American bishops to consider an official rebuke. But, it would at least be a hollow victory if Biden held to supposed Catholic principles on other pressing matters.

Over half a year into the Biden presidency, and even that small hope has proven to be nothing but a mirage. After promising to rescind the preceding administration’s restrictions on asylum and immigration, the Biden administration’s tone and policy have shown little progress in holding up that commitment. For example, the Biden administration has continued to enforce Title 42, an arcane health code utilized by the Trump administration to severely limit the number of asylum seekers that can safely enter the United States. After border crossings increased in March, Biden resorted to holding over 20,000 minors in the same shelters used by the Trump administration, with many centers suffering from unsanitary and crowded conditions. If rhetoric like Vice President Kamala Harris’ infamous speech is anything to go by, things will not be changing anytime soon.

Biden could have made progress in eliminating the death penalty, an action his administration hinted at earlier in the year. Since then, Biden has been largely silent on the issue, even after the U.S. Justice Department advocated for the execution of the Boston Marathon bomber. If Biden continues to not act on issues that Church authorities condemned Trump for, whether it be mistreating child migrants, restricting asylum, or continuing the death penalty, how much does it matter that Biden is more personally devout?

Unfortunately, it seems that despite the flowery rhetoric and personal devotion exhibited by politicians, they are as unlikely as ever to support an agenda that upholds human dignity and the common good. While I understand that the bar has been set pretty low, that doesn’t mean we should settle for blatant opportunism and political cynicism. We should demand that politicians who use the rich traditions and teachings of the Church go beyond life service and produce an agenda that seeks to improve the lives of all of God’s children.