Students respond to ResLife’s housing and roommate selection options, stating it is ‘not nearly enough’ 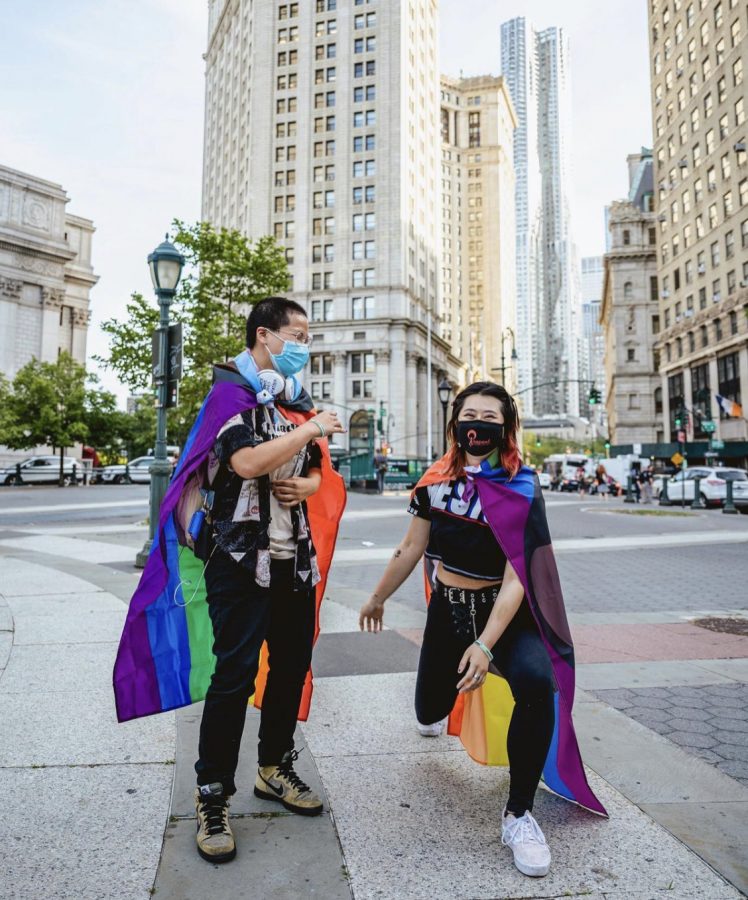 Fordham Lincoln Center is now no longer sex-segregated, a movement started by students years ago. There is an added question on the housing form about gender about a student's openness to a roommate or suitemate who is transgender or gender-nonconforming.

The fight for a more gender-inclusive campus began in 2014 when Chris Hennessy, FCLC ’15, founded The Positive, a student organization advocating for gender rights and gender equality. Throughout the years, students organized and held several events and protests on campus to advocate for a better environment for transgender students. Now, seven years later, students reflect on the action that was taken and the changes that need to be made in order to achieve gender equality at Fordham.

Fordham Lincoln Center (FLC) introduced its gender-neutral policy for housing and roommate selections for the upcoming 2020-21 academic year in February of 2019 after a five-year-long movement led by student organizations.

Following a push by students on the administration to change on-campus single-occupancy bathrooms as designated “all-gender restrooms,” student organizations continued advocating for a recognition of gender rights in housing.

The Office of Residential Life (ResLife) promised to work on a case-by-case basis with students regarding their preferred housing options as well as introduced an added question to the housing form under the subsection “gender” inquiring whether or not students would be open to being assigned to a roommate or suitemate who identifies as transgender or gender-nonconforming.

Abigail Lo, Fordham College at Lincoln Center (FCLC) ’23 — who identifies as agender and uses they/them pronouns — shared their thoughts about the continued need for the university to do better in protecting its transgender students.

“For the upcoming year, I had to specifically think of whether the people I’m living with would accept the fact that I use they/them pronouns,” Lo said.

Lo felt that the single screening question and ResLife’s dependency on the housing application’s algorithm would not be enough to gauge preference in housing. They discussed their experience and mentioned that they felt lucky to have lived with great people but for other gender-nonconforming students that might not be the case.

“It seems like the only screening Fordham did to make sure cisgender roommates wouldn’t create a toxic environment for their gender non-conforming roommates was a single question about their willingness to room with someone who’s gender non-conforming, which is not nearly enough,” Lo added.
“I feel like my (transness) kind of robbed me of the dorm roommate experience.” Manon McCollum, FCLC ’24
ResLife has promised to work on a case-by-case basis when it comes to a student’s gender identity in order to ensure that each students’ preferences are met, but for Manon McCollum, FCLC ’24, that was not the case. McCollum, who identifies as transgender and uses he/him pronouns, elaborated on his housing experience this past year.

“I marked that I wanted a randomized roommate on my survey and was put in a single. I feel like my (transness) kind of robbed me of the dorm roommate experience,” he said.

Previously, FLC’s housing options were solely sex-segregated. With the addition of the “gender” subsection in the lifestyle questions, FLC is now recognized as a gender-neutral housing campus.

Lo also discussed ResLife’s responsibility in reiterating its presence to create the best living environment for students instead of relying on the housing application’s algorithm.

McCollum suggested that students who are not cisgender should have the option to rank which gender they’d be most comfortable with in addition to the lifestyle question included in the housing application.

Although FCLC is no longer sex-segregated, there is still more to be done in recognition of gender rights on campus. Gender-segregated housing will still be a challenge for gender-nonconforming students, and student organizations want ResLife to be more available and to provide a more organized process with proper options for students.