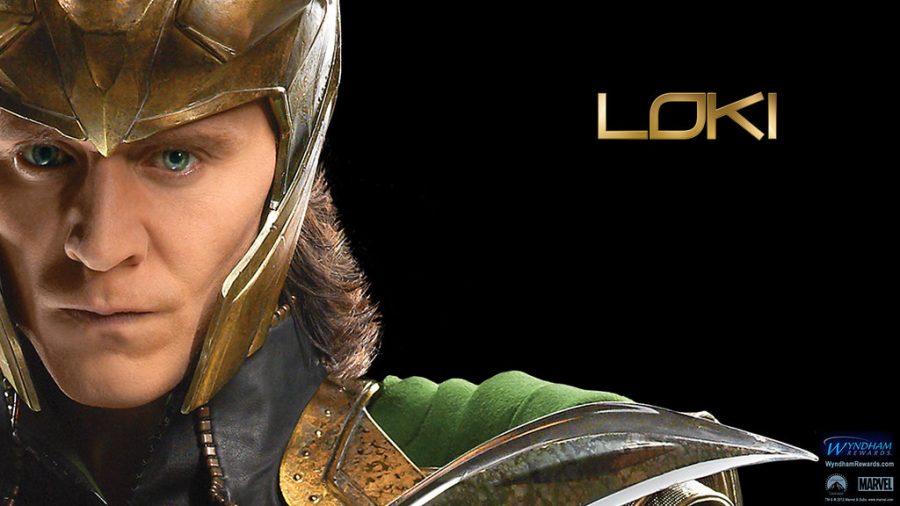 The first episode of the third Marvel Studios Disney+ original series brings a beloved villain to the forefront.

Warning: This article contains major spoilers from the first episode of “Loki” and previous Marvel films.

The first episode of “Loki,” released on June 9, blew my expectations of the show out of the water. After seeing the God of Mischief’s apparent death by the supervillain Thanos in “Avengers: Infinity War” (2018), I thought the story arc for the character was finished, and this series would merely be a cash grab. Judging from the trailer, the series looked interesting, but also confusing, and it did not fully grab my attention. The trailer made it seem like the story would be very self contained and not impact the main story of the Marvel Cinematic Universe (MCU).

“Loki” begins with the titular character escaping the Avengers by using an Infinity Stone, the Tesseract. By escaping, he is tracked by the Time Variance Authority (TVA) and taken into custody for damaging the timeline. Tom Hiddleston returns as Loki and once again does an amazing job portraying the character. In every scene, it looks like he is still having fun embodying the mischievous and manipulative behavior that fans loved from him in the “Thor” and “Avengers” films. In Hiddleston’s interview for the Variety Virtual TV Fest with Elizabeth Olsen, Anthony Mackie, Paul Bettany and Sebastian Stan, he stated that he “loves these films” and that “these films mean so much to many people,” which led him to portray the character again for the franchise.

Throughout the episode, viewers are introduced to the TVA and its significance to the MCU. In particular, we are introduced to Mobius (Owen Wilson). He portrays the character as empathetic toward others and not a fan of playing by the rules when it comes to fixing timelines. When Mobius stops Loki’s death sentence by the judges of the TVA, the story implies that he sees Loki as more than a villain to the Avengers. He knows Loki has been through so much, but is confused about what Loki is trying to achieve in his life. As Mobius searches for the answers, his conversations with  Loki always question the motives of the God of Mischief.
Loki felt that the Infinity Stones would give him plenty of power in the universe, but learning that the stones are used as “paperweights” by the TVA staff, as stated in the episode, left him questioning his actions.
The scene I found the most interesting was Mobius showing Loki a film of his own life. Since the show focuses on a version of Loki who escaped his own timeline, he is unaware of what his destiny was supposed to be. When he witnesses the death of his mother from the events of “Thor: The Dark World” (2014), he is in disbelief and believes that the TVA is messing with him. Hiddleston perfectly portrays this new version of the character and fully captures the sadness and confusion of who he was supposed to be in the universe. What makes it more heartbreaking and surprising is that he realizes the Infinity Stones are useless in achieving his motives. Since the TVA has a collection of more than six Infinity Stones, fans learn that everything that has happened in the Infinity Saga was just the beginning for the MCU.

The episode ends with a cliffhanger where Mobius tells Loki that he and the TVA need his help to stop a fugitive variant of Loki from a different timeline, which leads viewers to question how many Lokis are affecting time.

From how the episode ended, it’s possible that the fugitive variant is Lady Loki. Since the fugitive variant has tech similar to the TVA, Lady Loki was probably involved with the organization and is using their resources to cause chaos across timelines. This chaos could also lead to another war in the multiverse, which was explained by Miss Minutes at the start of the episode. Also based on Miss Minutes’ explanation, fans are speculating that the supervillain, Kang the Conqueror, will make his first appearance by the end of the series rather than in “Ant-Man and the Wasp: Quantumania” (2023).

Out of all the Marvel Studios’ series released on Disney+, “Loki” has the strongest premiere episode to date. Unlike “WandaVision” and “The Falcon and the Winter Soldier”, the series premiere perfectly manages development for the main character and drastic changes to the MCU. As a result of the many surprises throughout the episode and the major cliffhanger, producer Kevin Feige and creator Michael Waldron made another promising series for Marvel Studios that leaves viewers wanting to know what happens next. Also, the episode’s balanced amount of humor welcomes Marvel fans to a new adventure in the franchise. It is going to be very interesting to see how the story develops throughout the season, but if they keep this up, Loki’s time in the MCU will shine for years to come.