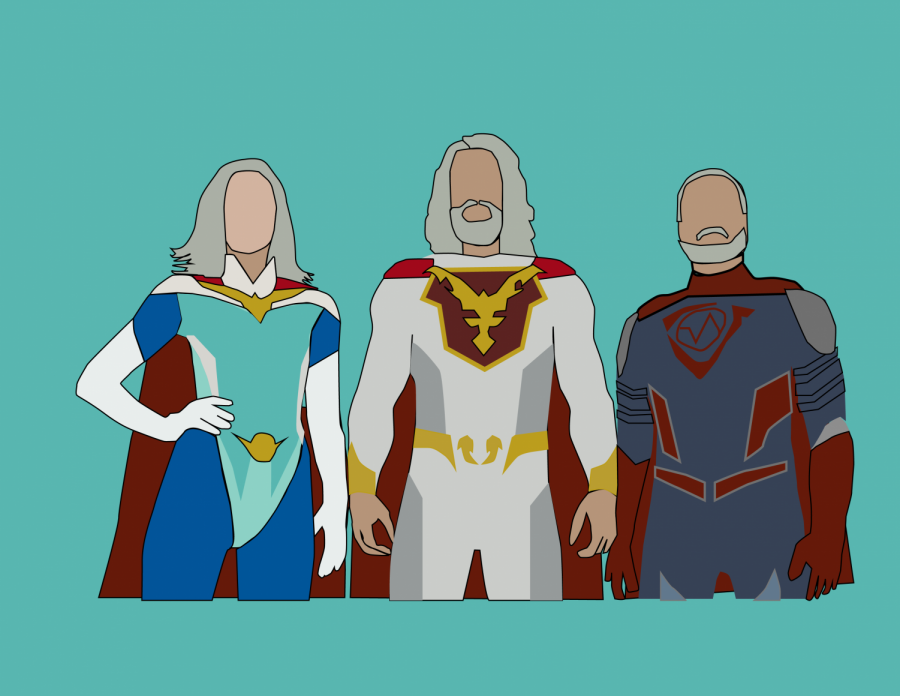 Though only one season long, “Jupiter’s Legacy” is a great addition to other Netflix superhero shows.

After hearing that “Jupiter’s Legacy” was being adapted into a Netflix show by Steven DeKnight, I was excited to see how the streaming service would handle author Mark Millar and artist Frank Quitely’s work. Since this series is not the property of Marvel or DC, it was refreshing to see new superheroes getting the spotlight in entertainment. Even though the show was canceled, possibly due to the lack of viewership on the streaming service and negative reviews, the released season was very intense and offers an interesting take on the superhero genre.

Fans of the original comic series may see the show as faithful to the comic in terms of storytelling and costume design. Since the series was published by Image Comics, fans will appreciate Netflix introducing the series to a general audience.

“Jupiter’s Legacy” is about a group of superheroes trying to deal with issues in the modern world. Since the show is mainly set in the present time and the world is rapidly changing, the first generation of superheroes is relying on their children to continue their legacy. However, some of the children have other plans that do not align with their superhero birthright.

Sheldon Sampson, also known as Utopian (Josh Duhamel), is the leader of the Union of Justice and is determined to protect the world from danger. Grace Sampson, aka Lady Liberty (Leslie Bibb), is married to Sheldon and is a founding member of the Union. Both characters represent the traditional superhero trope that can be found in a character like Superman. However, their ideologies are tested once they realize that the world can no longer be seen in black and white.

Brandon (Andrew Horton) is trying to follow in his father’s footsteps by becoming the next Utopian. In my interview with the cast, Horton says that Brandon wants to be like his father, but he still views “Utopian as a contradiction” to his sense of self. He wants to be a hero for many, but he is worried that becoming the next Utopian can come with limitations. This leads to his indecisiveness in taking the mantle, an example of how these characters get to have “moments of darkness” and “are not perfect,” in Horton’s words.

On the other hand, Chloe (Elena Kampouris) resents her family and the legacy that they want to continue. Kampouris says that Chloe has “major issues with her father” and believes that “she doesn’t feel embraced by her family unit.” She knows that the superhero team created by her family is filled with flaws and does not want any involvement with their work. Kampouris also states that the characters, especially Chloe, are not “immune to human issues.” Chloe, for example, deals with drug addiction, and Kampouris stated that she is glad the writers of the show “didn’t choose to shy away from that topic.” Chloe tries her best to make her own path, but her troubled behavior shows that she is not ready to make peace with her past.
Everyone in the flashbacks does a stellar job portraying their characters and showing what their lives were like before becoming superheroes.
While “Jupiter’s Legacy” heavily focuses on the importance of legacy, it also focuses on the importance of family. Each character has a certain view about being a superhero, and all of these ideas clash when a new threat arises. Even though the Sampson family has many issues, they try to remain positive and do the best they can for themselves and for the world.

The show also gives viewers flashbacks about how the first generation of superheroes got their powers. These scenes were very interesting and provided plenty of context to the main story. Everyone in the flashbacks does a stellar job portraying their characters and showing what their lives were like before becoming superheroes.

Fitz Small (Mike Wade) and Dr. Richard Conrad (David Julian Hirsh) helped Sheldon create the Union. Duhamel has many amazing scenes that show why his character is meant to be the leader of the Union in the future. His friendship with George Hutchence (Matt Lanter) is very entertaining and keeps viewers wondering about how their friendship changed over time.

Lanter does an amazing job as George and has a confident and witty demeanor that is a great complement to the dark tone of the show. In the interview, Lanter mentioned that George believed he was always doing “the just thing” whenever he made decisions in certain situations. Lanter also stated that he took inspiration from characters he voiced, such as Anakin Skywalker in “Star Wars: The Clone Wars” (2008), and believed that George followed a similar path to Anakin throughout the season.

Despite the character “falling from grace,” as Lanter mentions, George believed that he could do good for the world, even if dangerous consequences shortly followed. After playing George, Lanter also stated that “storytelling and character building in the superhero world has really come a long way” and that he is interested in doing more superhero projects.

The action throughout the show is very intense and rivals scenes from other superhero shows. In particular, I really enjoyed the scenes with Hutch, who is George’s son (Ian Quinlan). Hutch is trying to continue his father’s legacy, but his motives are more dangerous than those formed by the Union. I found Hutch to be one of the most interesting characters on the show due to his anti-heroic actions against the Union.
The show is meant to ask viewers how a world full of superheroes would fit into modern society.
Quinlan mentions that his character is “rejecting the status quo” and wants to “expose the flaws in this paradigm that has been set by these authority figures.” He hopes that the character’s motives will inspire younger generations to think deeply about society and make changes that will positively impact all people rather than certain groups. Throughout the show, viewers understand that Hutch wants to resolve the problems created by the Union, but the only way to achieve that goal is by rejecting traditional norms.

All the characters have a chance to show off their powers, but I found Hutch’s scenes, especially with his Power Rod, to be the most compelling. It shows that even though he does not have any powers, he is able to use his intelligence and the Rod to escape difficult situations, especially ones involving other superheroes.

“Jupiter’s Legacy” is a good addition to the superhero shows on Netflix. While some of the scenes seem choppy, such as in the CGI-heavy action sequences, they are not supposed to be the main takeaway from this show. The show is meant to ask viewers how a world full of superheroes would fit into modern society. The word “legacy” is questioned throughout the show, and all of the events leading up to the finale help to define this complex word. Even with the show’s cancellation, it is going to be interesting to find out how the show ties into other Millarworld properties. It is certain that this show is enjoyable for all viewers and welcomes fans into a new superhero universe.