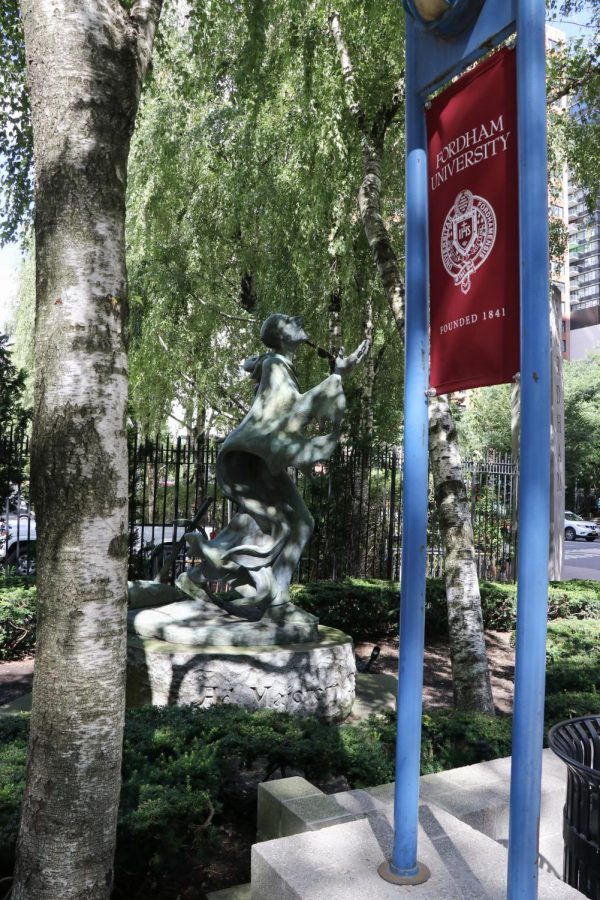 Faculty members are relieved to have their retirement contributions resumed, but some believe that there should be more faculty involvement in these important decisions.

The unexpected financial tolls of the coronavirus pandemic complicated university budgets across the U.S. To compensate for Fordham’s financial shortcomings, the university implemented a one-year freeze on salary, merit and promotion increases for the 2021 fiscal year, and suspended contributions to eligible staff, faculty and administrators’ retirement funds.

The Board of Trustees voted to implement the suspension on retirement contributions in October 2020 due to a $9 million budget gap.

“It was a real disappointment,” Joshua Jordan, an advanced lecturer in the department of modern languages and literature, said. “It was never really clear that this was the only way that the administration could make up for its expected shortfall.”

Decisions concerning the benefits of tenured and tenure-track faculty undergo negotiations with the Salary and Benefits Committee, an elected committee of the Faculty Senate.

Jennifer Clark, assistant professor of communications and media studies, is a member of the committee and said the university’s decision to suspend contributions surprised her.

“The committee had been putting a great deal of energy, thought and care into what we felt were ongoing negotiations,” she said. “We did not think the conversation was over.”

Non-tenured faculty members are further removed from the university’s decision-making process. Jordan is the chair of Fordham Faculty United (FFU), a union of more than 600 contingent faculty members. He said about 120 members of the union receive benefits from the university.
“The faculty are supposed to be a part of these decision-making processes, and we were shut out.” Shiloh Whitney, associate professor of philosophy
Under FFU’s union contract, member benefits are explicitly tied to those of tenured and tenure-track faculty, meaning that the union was not in direct negotiations with Fordham about the retirement fund contributions suspension.

“We really didn’t have much say in it,” Jordan said.

Jordan said it was good news to hear the reinstatement of matched contributions, but he thinks the university should do more than “simply take less away than it had initially intended.”

“We are all working for the same goal, and that’s the best university community we can create for all of us,” Jordan said. “It’s frustrating that the ends are the same and that it’s not always clear that the means to get there are equitable.”

The original decision to suspend retirement fund contributions was made unilaterally. Clark said the committee was and remains open and available for negotiation.

“What is important to the committee and the faculty as a whole is the need to be an equal partner in the institution,” Clark said.

Shiloh Whitney, an associate professor of philosophy, said shared governance — a principle written into Fordham’s statutes that emphasizes the consultation of faculty in the decision-making process — has been violated.

“The faculty are supposed to be a part of these decision-making processes, and we were shut out,” Whitney said.

She said she is relieved that the university is taking steps toward financial repair but it is also necessary to restore trust and respect: “As someone who cares deeply about the future of Fordham, and who knows how crucial good relationships are to a well-functioning institution, I hope we see movement on that front too.”
(Clark) believes that faculty members have succeeded in meeting the needs of their students, and although administrators have acknowledged their work verbally, she believes the corresponding material acknowledgment is needed.
A method of improving the university’s transparency, Jordan said, would be to provide the budget numbers when proposing or imposing changes to faculty’s salaries or benefits.

“I think that helps all of us understand what the stakes are. And if things are not clear enough, then people have the right to suspect that there are other ways of achieving the same result,” Jordan said.

Bob Howe, assistant vice president for communications, said a presentation on the topic of the budget will be hosted for the university community “soon.” When asked about the current state of the budget and the university’s incorporation of faculty opinion into decision-making, he said there were no more details to share.

Jordan said that he has not heard anything from the administration about its plans to make up for lost retirement contributions that would have accrued during the suspension, which is a concern. Clark emphasized the importance of compensating interest that could have accumulated during that time as well.

“We have been doing more work and more outreach and more preparations to meet the needs of our students than we ever had before,” Clark said. She believes that faculty members have succeeded in meeting the needs of their students, and although administrators have acknowledged their work verbally, she believes the corresponding material acknowledgment is needed.

The suspension of retirement funds has been catastrophic for younger faculty members, Clark said, since they have not had as much time to invest and many members are still preoccupied with student debt.
“This is a very specific hardship for us. We’re already struggling to maintain affordable ways of living in New York City, so any kind of hiccup in that is really quite detrimental.” Jennifer Clark, assistant professor of communications and media studies
A post on the Instagram account @fordhamfacultyspeakout on Nov. 10, 2020, said many members of Fordham’s junior faculty are people of color and women.

“This is a very specific hardship for us,” Clark said. “We’re already struggling to maintain affordable ways of living in New York City, so any kind of hiccup in that is really quite detrimental.”

In addition to budget transparency and discussions about what repayment will look like, Clark said she would like to see financial and structural support for caregivers to improve faculty retention and diversify the types of people that can be hired.

The Salary and Benefits Committee is planning to conduct a childcare study, according to committee member Asato Ikeda, associate professor of art history. Ikeda also said that there are also conversations about forming a COVID-19 equity committee to survey the impact of the pandemic on faculty — which would include caregiving responsibilities.