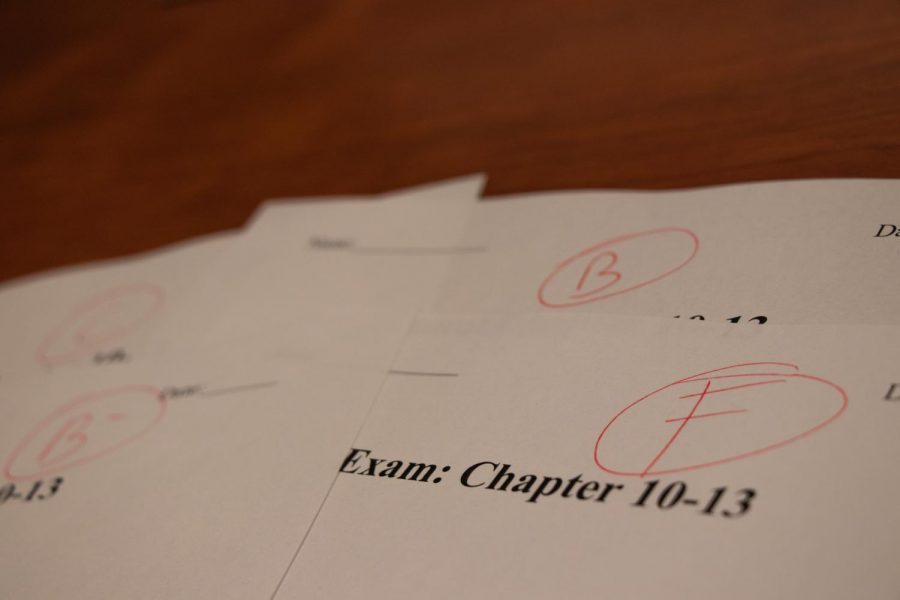 The deans stated that the rumor on stricter grade policies originated from a memo instructing professors not to award passing grades to students who did not complete all their coursework.

Laura Auricchio, dean of Fordham College at Lincoln Center (FCLC), sent a community-wide email at 4:30 p.m. addressing rumors that the administration is instructing faculty to “crack down on grades.”

On March 20, @letstalkaboutitfordham posted an anonymous student’s claim that the administration told their professor to not be too lenient when grading and to “stop cutting students slack at risk of potentially losing tenure or adjunct positions in the future.”

Three days later, another submission corroborated this statement; a second anonymous student’s math professor told their class that he would be conducting the course differently due to similar instructions from the administration.

The concerns came from a fall 2020 grade analysis report that found grades were “significantly higher than in recent semesters, probably because of extra leniency by instructors.” The report stated that in 15 sections with 10 or more students at FCLC, all students received an A grade. These included students who received an F, WF or INC in their other classes.

“Giving too many A grades also cheapens the value of the grade for the whole student body,” the email stated.

The end of the report states that the average grade was already high before the pandemic started, suggesting that “some faculty either are not challenging their students enough or are being too lenient in their grading.”

A professor who asked to remain anonymous provided the initial email to The Observer sent by the administration, prior to the university-wide email, which noted a “major spike in the average grade in spring 2020” and stated that fall 2020 grades were significantly higher than previous semesters, “probably because of extra leniency by instructors.”
“Faculty members who awarded passing grades to students who did not actually attend their classes were surely well-meaning, but awarding unearned grades inadvertently caused students significant distress at a time when they were already struggling.” Laura Auricchio and Maura Mast, deans of FCLC and FCRH, respectively
In a clarifying email sent by Auricchio and Maura Mast, dean of Fordham College at Rose Hill (FCRH), they explain that they were not asking professors to “crack down on grades,” rather to accurately reflect students’ involvement. Part of the reason for this request was being able to grant withdrawals to students who needed them.

“Faculty members who awarded passing grades to students who did not actually attend their classes were surely well-meaning, but awarding unearned grades inadvertently caused students significant distress at a time when they were already struggling,” Auricchio said.

The deans also said a memo concerning grades is sent out every semester.

The initial submission drew significant criticism from Fordham students, whose comments under the post covered a range of topics: declining mental health during a pandemic, the “Wellness Wednesday” students were given this year in place of a weeklong spring break and the administration’s lack of acknowledgment toward issues such as inadequate on-campus quarantine procedures.

Abbey Cloonan, FCLC ’22, said that if the alleged claim was true, she was disappointed to see Fordham administrators prioritizing their optics over the mental health and well-being of the student body.

“These alleged actions seem hypocritical; shouldn’t the university be happy that their students are succeeding in their classes despite the horrible year we’ve had?” Cloonan said. “It’s downplaying all the hard work we as students have had to do to adjust to online learning, to take care of ourselves despite not being able to enjoy the fun parts of the college experience, to create community when there is no community to be found.”

Cloonan is registered with the Office of Disability Studies at Fordham due to her ADHD and has had to seek external aid for academic support, both of which she attributed to a more manageable learning experience. Although she is appreciative of this external support, Cloonan stated that she and her friends often feel like they are teaching themselves, which has taken a considerable toll on their mental health.
“I think it’s very disappointing and demotivating that some professors aren’t being very clear about their specific expectations and criteria in their grading systems, even more so now that everything is online and given that students are super burnt out.” Sophia Forlenza, FCLC ’24
The university’s preoccupation with “cracking down” on grades over the last two semesters was also disappointing for Billy Harrison, FCRH ’22, who stated that the university should be more concerned with being unable to “properly feed quarantined students.”

“This seems like an issue that should be pretty far down on their list of priorities. Going a bit easier on students should be seen as a positive, and I cannot imagine the issue of grade inflation is unique to Fordham during this pandemic,” Harrison stated.

Another issue students have been facing over the past two semesters has been a lack of communication about their academic standing and a general absence of consistent email communication. On Oct. 15, @letstalkaboutitfordham published a student submission asking if other students had also not been receiving responses from professors; multiple students in the comments affirmed this seemingly Fordham-wide issue.

“I think it’s very disappointing and demotivating that some professors aren’t being very clear about their specific expectations and criteria in their grading systems, even more so now that everything is online and given that students are super burnt out,” Sophia Forlenza, FCLC ’24, said.

“I recently had a professor tell my class that there was a surprising amount of grades in the 60s on our midterm, and it’s so disheartening because I know students in that class are trying very hard and learning online is a … different and more difficult experience,” she continued.

Forlenza also noted that she has not received any grades for her courses this semester and does not know where she currently stands academically. Cloonan reported a similar experience last semester — she was not aware of her academic standing until the end of the semester and had to schedule meetings with her professors to gain information about her progress.

All three students expressed discontent with the administration’s decision to reduce the duration of spring break to one Wednesday during the semester. This decision, coupled with the mental and emotional exhaustion caused by online classes and “Zoom burnout” was seen as a “slap in the face” by Forlenza. The general consensus reflected a need for more transparency, accountability and concern from the Fordham administration during this time.