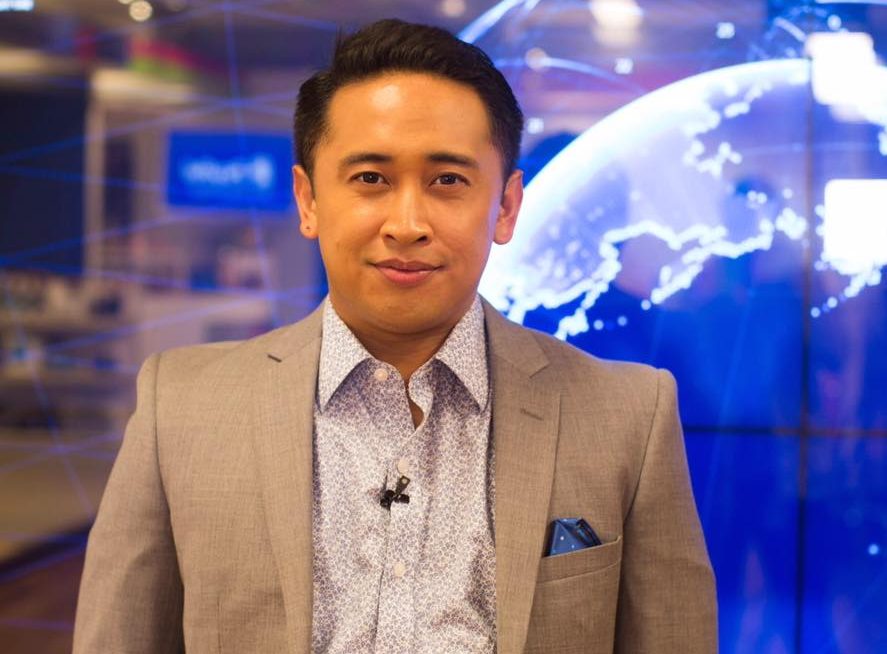 A contributor at Bloomberg Businessweek and TechCrunch, a correspondent at dot.LA, and a former writer for organizations like Entertainment Weekly, GQ, Fortune, Mashable, JP Mangalindan, Fordham College at Lincoln Center (FCLC) ’06, is a jack of all trades. In his writing career that spanned nearly two decades, it was through joining The Observer that Mangalindan found his passion for journalism, “simply by accident.”

Born in California and raised in New Jersey, Mangalindan chose to attend Fordham for its academic reputation and central location in Manhattan. “FCLC offered me the opportunity to receive a well-rounded education, discover journalism, and really explore all that New York City had to offer,” he said.

Mangalindan was persuaded to join the paper by one of his first-year composition professors, former Observer Advisor Elizabeth Stone. “I loved writing, I also loved meeting new people, and journalism enabled me to do both,” he said.
“I really enjoyed those late nights in what was then The Observer room — or the ‘dungeon,’ as we affectionately called it then — laying out articles and simply hanging out, talking about our work and our lives.”
“The Observer for me at the time was a rare combination of things,” he added, “an outlet for my writing, a way for me to explore and dive into a wide array of topics, and an opportunity to meet like-minded writers, editors, and designers, several of whom I’m still friends with to this day.”

Rising through the ranks to eventually become the arts and culture editor, Mangalindan reflected on how his time at the paper helped to foster his love of journalism and writing while also creating a sense of community among the staff — sometimes in unconventional ways.

“I really enjoyed those late nights in what was then The Observer room — or the ‘dungeon,’ as we affectionately called it then — laying out articles and simply hanging out, talking about our work and our lives. The Observer served as a really strong, common bond that brought many good, talented people together, in that regard,” he said.

“The Observer became more than just a ‘club’ or a ‘hobby’ — it became a passion,” Mangalindan said. “Once I crossed that threshold, I think, I knew I was hooked on journalism for the long haul.”

When he first arrived at Fordham, journalism as a profession was not something that Mangalindan saw himself doing, but he recounted that joining the paper effectively ensured the next steps in his professional career. “I had no clue that I would love it so much that I would major in it, let alone still be doing it nearly 15 years later,” he said. “But once I became involved in The Observer and began interning at various outside publications in Manhattan — Teen People, GQ, Men’s Journal, and many others — I realized I couldn’t see myself doing anything else professionally.”

Along with all of the publications he has written for, Mangalindan is also a freelance journalist. What he is most passionate about, he added, is interviewing interesting people. “I’m most interested in meeting and learning about the people — oftentimes, incredibly driven and intelligent individuals — who drive innovation or have a strong creative vision,” he said.
“Many of the skills I learned in my Fordham journalism classes and at The Observer I still employ today, from how to effectively write an anecdotal lede to how to track down a source for a tricky story.”
In reporting for technology and entertainment sections, he has interviewed CEOs like Twitter’s Jack Dorsey, and actors like Academy Award-winner Natalie Portman. “What makes a person compelling to me is if they have drive, ambition and a distinct vision to create something unique. Those are qualities I’ve observed in all the successful visionaries, artists and executives in tech and entertainment that I’ve interviewed over the years,” Mangalindan added.

Out of everything he has written, his favorite story to cover was published in Fortune Magazine in 2014 about John Arrilliga. He was “the commercial real estate developer responsible for developing much of what eventually became Silicon Valley,” Mangalindan said. “His life story is that of a man who came from a poor family but became a billionaire and (he is still) one of the most influential figures in Silicon Valley’s history.”

While he now resides and works on the West Coast, Fordham had brought Mangalindan back to New York post-graduation as a guest lecturer for a few journalism classes at FCLC. This return to Fordham has enabled him to give back to the organization that helped define the path of his life. He constantly is reminded of the significance of his time at The Observer.

“Many of the skills I learned in my Fordham journalism classes and at The Observer I still employ today, from how to effectively write an anecdotal lede to how to track down a source for a tricky story,” he said. “Virtually all the skills I developed then helped me become an effective journalist.”

The best advice Mangalindan can give is to be persistent. “For aspiring journalists, I would tell them that perseverance, above all, is key, whether it’s perseverance on a particularly tough story or perseverance in landing your first, second or third journalism job. I’ve seen many talented writers and reporters give up and leave the profession not because they didn’t have the talent, but simply because they gave up too soon.”

“The journalists who ‘make it’ are those who realize the career will inevitably have its ups and downs, particularly in this tough media environment,” he said. “Those persistent individuals are the ones who end up having long lasting careers in the business and make an impact.”

In his extensive career, Mangalindan has most certainly done just that, highlighting individuals’ stories and writing about topics that he is passionate about. It is unequivocally true that what started at The Observer flourished into his lifelong love of journalism and is a testament to all of us now that the opportunities we have before us can shape our lives forever.