From Desk to Deck to Deals 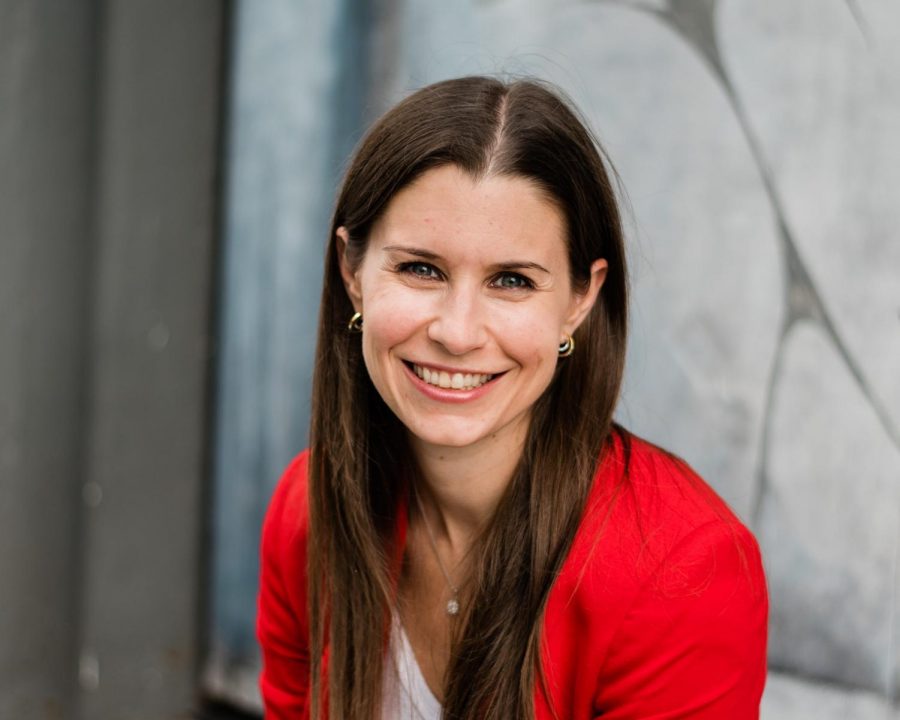 After working as a professional dancer for four years starting upon her graduation from Fordham, she now works in the real estate market helping recent graduates find housing.

It’s hard to believe now that Jennifer Nau, Fordham College of Lincoln Center (FCLC) ’08, did not want to come to Fordham when she first got accepted. What made her change her mind was a largely forgotten simple question in the new student orientation questionnaire.

“At the end of Fordham’s Accepted Students Day, I remember filling out the survey and one of the questions was, ‘Did your interest in Fordham increase, decrease, or stay the same after today’s events?’” she said. “I distinctly remember circling ‘increase’ and went home and told my mom that I was going to Fordham.”

Nau is a native New Yorker, retired dancer and former editor-in-chief of The Observer. Her background is just as interesting as she is, ranging from her lifelong experiences in dance to her passion for helping current Fordham students discover their own paths, and almost everything in between.

Nau’s love for dance began when she was in preschool, when she would walk by a ballet class every day while waiting for her mom to pick her up. “I would stop and watch the dancers in the class and tell my mom, ‘I want to do that.’ She didn’t believe me,” she said. “But after repeatedly telling her, ‘I want to do that’ for about a year, she finally signed me up! It was love at first ballet class. I was hooked at 4 years old!”

Starting her dance career at age eight, Nau competed early on in dance all the way up to the international level. At age 13, she had the opportunity to participate in the World Championships of Dance in Portoroz, Slovenia, where she placed second in the tap dance category. Out of all styles that she has studied, she explained that tap has always been her most passionate and favorite style of dance.

Nau spent most of her childhood in Florida when not traveling to dance competitions before moving back to the city. In Manhattan, she attended the Professional Performing Arts School and majored in musical theater. While an undergraduate at Fordham, she did not take classes at the Ailey School of Dance. Rather, she trained with her former teachers at the Broadway Dance Center and Steps on Broadway and taught at dance studios in the surrounding New York and New Jersey areas. “It was during my time at Fordham where I realized that after graduation I wanted to dance and travel,” she said.

The close-knit Lincoln Center campus, comparable to her high school class of only 35 students, made Fordham feel more familiar. “I wanted to be a name, not just a number to the institution I attended,” Nau said. “Fordham gave me that opportunity.”
“The Observer team is really a family and I always loved those late Tuesday nights in the production office bringing the next issue to life.” Jennifer Nau, FCLC ’08 and former editor-in-chief of The Observer
Her interest in journalism began similarly to her interest in dance: early. “I’ve always loved sports and knew that I wanted to write for the sports section of The Observer. I took Journalism Workshop as soon as I was able,” she said. “I began writing for the sports section, worked my way up to Sports Editor, and then Editor-in-Chief my senior year.”

Out of all of the clubs she joined, The Observer “always felt like home” for Nau. “The Observer team is really a family and I always loved those late Tuesday nights in the production office bringing the next issue to life,” she added.

“Growing up, I wanted to be the next Linda Cohn on SportsCenter. I thought majoring in Communications at Fordham and writing for The Observer would be a great stepping stone to that career goal. However, my goals changed as I progressed through my four years and I realized that I wanted to pursue my first love, dance.”

Following her graduation from FCLC in 2008, Nau became part of a dance company for Celebrity Cruises, traveling to six different continents and over 50 countries in four years. “It’s so hard to put into words what my four years performing on ships meant to me and how incredibly valuable the experience was,” Nau said. “Dancing on cruise ships really helped me find my niche in the performing world. Not only did I dance in the production shows, I was given the opportunity to train in a variety of circus arts.”

She attributes her abilities as a well-rounded dancer to her time as a member of an aerial performance team where her performances included trapeze, human statue, bungee and harness acts. She even added that learning such skills lead to her being rehired as a crewmember throughout the years.

She said it was hard to pick a favorite destination, but if she had to, it would be Sydney, Australia. “I will always remember waking up the morning we arrived in Sydney, seeing the Sydney Opera House from the porthole, and starting to cry. I’d literally made it to the other side of the world, which was an incredibly amazing and humbling experience,” she added.

Over those four years on the ship, Nau met people from around the world. “I became so much more confident interacting with people from this experience and by the time I signed off my last contract, I realized that I could comfortably hold a conversation with anyone.” She added that these experiences would later flourish into an invaluable skillset in regards to her post-professional dance career.

While her current connection to dance is mostly through teaching classes and judging competitions, Nau retired from dancing professionally after those four years. “I knew it was time for the next stage of my life and career,” she said.
“I’ve not taken the ‘standard’ career path and I appreciate being able to share my experiences with current students in hopes that I can provide them with some helpful guidance as they move forward in their lives and careers.” Jennifer Nau
After a brief period working for fashion startups in New York City upon her return, Nau realized that she wanted to be in a more people-centered industry. Since then, she has worked in the highly competitive New York real estate market. All her hard work to build her client base, she added, paid off when she found a sector of the market that she was passionate about.

“I was lucky to find a niche within the industry that really resonated with me. I started helping students from universities across the country relocate to NYC after graduation, by doing this, I have been a guest speaker at over 50 colleges and universities educating students on the intricacies of the NYC rental and sales markets,” she said.

This led her to create Campus2City, helping students post-graduation relocate to major cities and the metro areas around New York, Chicago and Boston.

Over the past three years, her work with the Fordham Mentoring Program has kept Nau close to the Fordham community. “I’ve not taken the ‘standard’ career path and I appreciate being able to share my experiences with current students in hopes that I can provide them with some helpful guidance as they move forward in their lives and careers,” she said.

Her best advice to students and members of The Observer alike would be to understand the success that a Fordham education brings. “The values, work ethic, and creative thinking skills that you are developing during this time in your life will be invaluable as you enter the real world,” she added. “You will use the information you learned from the core curriculum classes more than you anticipate, and it will help you show how much of a well-rounded person you are.”

Through her time at Fordham and as an editorial board member of The Observer, Nau expressed that she learned the values of hard work and time management firsthand. “Life is about the journey, not the destination. The sign that hung above my bedroom door while living in McMahon read, ‘Always be a “yes” before “no” person,’” she said. “Say yes to new opportunities, new challenges, and new experiences. You’ll be very glad that you did!”