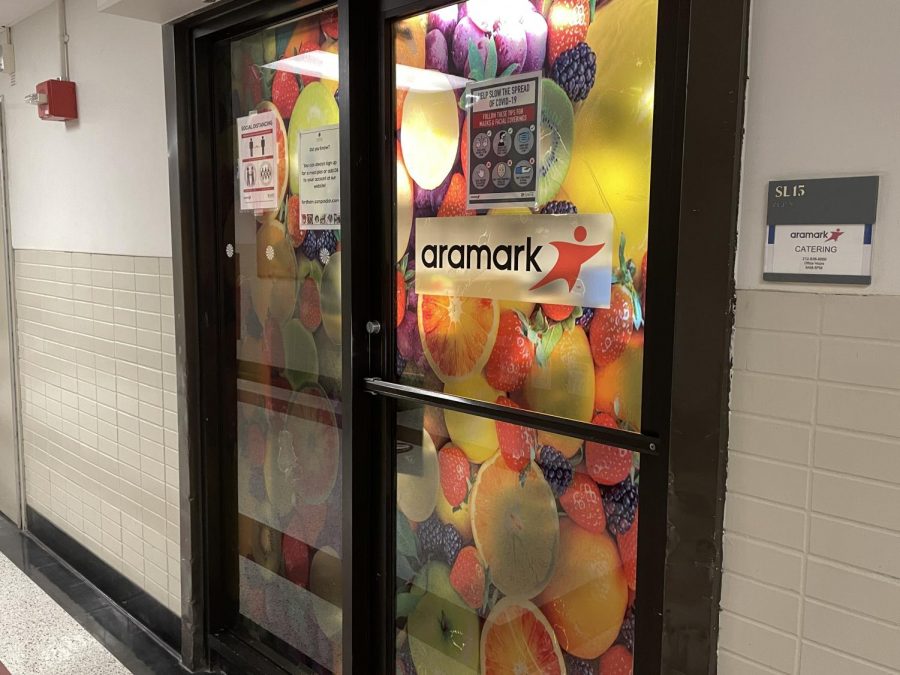 Since Fordham selected Aramark as its food provider, students have raised complaints about unsanitary conditions as well as a lack of options for students with dietary restrictions.

Rams Against Aramark is a new student-run organization dedicated to cutting ties between Fordham and Aramark Food Services on the basis of the catering company’s unethical business practices, connections with the prison industry and history of serving contaminated food.

“Continued support of Aramark is unjustifiable in light of their atrocious labor practices, gross mistreatment of incarcerated people, and crimes against our environment,” the organizers said in an Instagram post.

Aramark currently has contracts with over 3,000 clients, 400 of which are colleges.
“Aramark is Fordham’s food service provider and they profit off of the prison industrial complex, which means that our tuition dollars also support the unjust prison system.” Lydia Hallett and Sage O’Dell, Rams Against Aramark organizers
Several New York City schools, including Barnard College and New York University, have declined to renew their contracts with Aramark because of the food provider’s past allegations of misconduct and its reliance on the labor of incarcerated people for the purpose of economic profit.

“The momentum of the abolitionist movement this summer inspired students to look into the institutions that uphold systems of oppression and racism, to be a part of the fight against State violence, at the hands of the police or the U.S. prison systems,” Hallett and O’Dell said. “Aramark is Fordham’s food service provider and they profit off of the prison industrial complex, which means that our tuition dollars also support the unjust prison system.”

The owners of the Instagram account @lc_sinners started a petition in June 2020 for Fordham to cut ties with Aramark, and it gained more than 1,600 signatures. Inspired by the Black Lives Matter movement, the petition calls for Fordham to work with companies that advocate for minority representation and aid incarcerated people.

Fordham selected Aramark as its food provider in 2016. Since then, students have raised numerous complaints, including the service’s lack of halal options for Muslim students and a student’s discovery of a mouse in a salad bar container.

Aramark’s past allegations of misconduct were not solely confined to its ties to the prison-industrial complex. The food service provider has come under fire for its detrimental effects on the environment, as its efforts toward sustainability have failed to address emissions of greenhouse gases and large-scale purchases of livestock. Aramark also faced backlash after serving ribs, collard greens and Kool-Aid during Black History Month in 2018.

Rams Against Aramark notes that the solution is not switching to another food service provider because several other companies have ties with the prison-industrial complex as well.

“We are demanding that Fordham cut ties with Aramark and move towards an in-house dining scenario that prioritizes locally sourced and organic produce, collaboration with local restaurants, sustainable practices, and retention of current Aramark employees,” Hallett and O’Dell said. “These are tall demands that might take some time, but we know that Fordham can live up (to) their values.”

The student-run coalition has been meeting with administrators and holding meetings in order to discuss plans for moving forward, the organizers said.

Hallett and O’Dell said the organization is currently working on its course of action: “Our next step is to create a list of demands, or a proposal, to the administration that addresses our specific disagreements with Aramark, our requests for transparency, and our suggested path going forward.”