Broadway Is (Almost) Back in Business 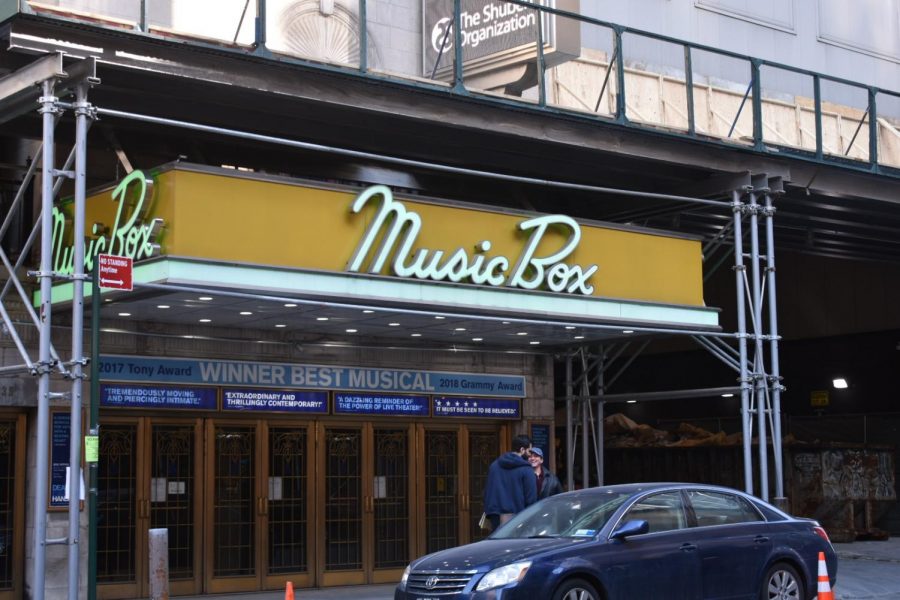 The Music Box is reopening in April for limited-capacity live events and will be the first Broadway theater to do so.

Broadway and other live performance venues have been shuttered since March 12 of last year due to the pandemic, but on March 3, Gov. Andrew Cuomo announced that arts and entertainment venues with fewer than 10,000 seats can reopen on April 2 at 33% capacity.

The state will take preventative measures to ensure the reopening has no ill effects on COVID-19 case numbers. Plays, concerts and other live performances will resume with a limit of 100 people indoors or 200 people for outdoor events, and all guests will be required to wear masks and practice social distancing.

This news has been long anticipated by smaller performance venues that are eligible for grant money included in the coronavirus relief package. While small venues prepare to reopen promptly, commercial Broadway productions are not set to reopen until after Labor Day due to the financial model. It is not economically feasible for traditional Broadway productions to restart production under these conditions because “shows that get that kind of attendance close,” according to Broadway League President Charlotte St. Martin.
“Before making such a drastic and hopeful announcement, we should see how the vaccine is doing before so we don’t accidentally make things worse as soon as it seems like it’s getting better.”  Josh Screen, FCLC ’24
However, select theaters, including the Music Box Theatre on Broadway, will host live, limited-capacity, pop-up performances beginning April 2.

Lincoln Center plans on opening for the spring with 10 outdoor performance venues and rehearsal spaces on April 7. The initiative is called “Restart Stages” and will feature events available to the public including concerts, dance workshops and screenings. A concert for health care workers will occur on opening day with plans for a cabaret-style stage.

Visitors interested in the artistic process may view the rehearsal venues, and there will be spaces holding arts-related activities for children and families. The New York Public Library for Performing Arts is collaborating with the initiative to include an outdoor reading room. Select performances will be available for online streaming for those who are unable to enjoy the creative space in person.
“Theater is a massive part of the heart of New York City, it would really suck if locals and tourists couldn’t see a show just because they can’t afford the tickets.” Josi Oz, FCLC ’24
This is an exciting time not only for professional working actors, who can begin to regain their livelihoods, but also for collegiate theater students who have not had the chance to experience the profession to which they aspire due to the shutdown. Josh Screen, Fordham College at Lincoln Center (FCLC) ’24, expressed his joy at the reopening announcement: “I’m very happy about everything starting to come back and I’m happy to see they are still taking safety precautions.”

Screen also reflected on his concerns about how the events will affect the number of COVID-19 cases and suggested that “before making such a drastic and hopeful announcement, we should see how the vaccine is doing before so we don’t accidentally make things worse as soon as it seems like it’s getting better.”

Josi Oz, FCLC ’24, voiced her concern over increases in ticket pricing that could alienate potential audience members. “I know it’s hard because theaters are really hurting and lost a lot of money from Covid,” Oz said, “but theater is a massive part of the heart of New York City, it would really suck if locals and tourists couldn’t see a show just because they can’t afford the tickets.”

New York City is characterized by its energy and creativity that manifests itself in the arts. The reopening plans of arts and entertainment venues reflect the perseverance and hope the city has as it cautiously moves forward and survives by adapting to the circumstances.