The Hard Truth About Hard Seltzer

Hard Seltzers have become the latest craze, but are they healthier for you than beer? 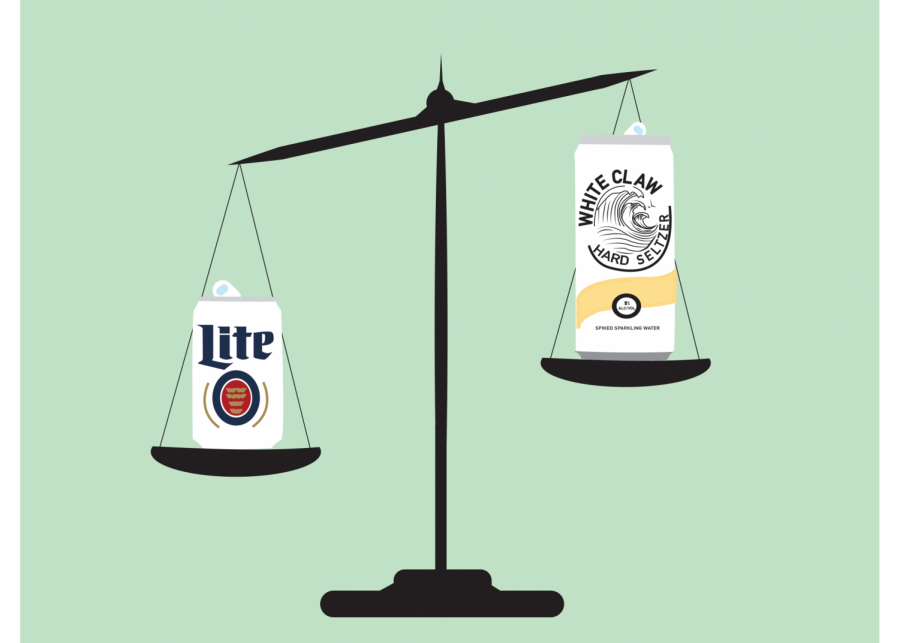 The difference between beer and hard seltzers comes down the contents of each beverage. While seltzers tend to have less calories due to their lack of carbohydrates, neither is inherently "healthy" due to their alcoholic content.

Hard seltzers like White Claw and Truly have become a popular go-to choice for many adults who drink over the last few years. But besides the fizzing carbonated water and fruity flavor, what are they exactly? And more importantly, how does hard seltzer compare with more traditional alcoholic beverages like beer?

While hard seltzers have often been marketed as a healthy drinking alternative, it’s important to understand the ingredients in the drinks before deciding if they’re actually the healthiest option.

The Role of Brewing

Hard seltzers and beer are similar in a few key ways as they are both alcoholic drinks with around 5% alcohol by volume (ABV). While popular hard seltzers like White Claw and Truly are 5% ABV, most beers deviate slightly from the mark. They can have a low ABV, such as 2.3% in Beck’s Premier Light, or a much higher one, as in 8% in some of the Bud Light Lime beers. Although 5% might be an average ABV for most hard seltzers and beers, the numbers can vary.

Both hard seltzers and beer are brewed and fermented using a sugar source and yeast that make alcohol. In beer, the sugars are extracted from grains like barley, maize, rye or corn. The specific grain used not only contributes to the beer’s color but also has a considerable influence on its flavor. Instead, hard seltzers use more pure sugars, like cane sugar, that don’t alter flavor or color and have added fruit flavors that give them their trademark fruity taste.

The varying brewing processes contribute to numerous health-related differences between the two beverages. For one, the lack of grains in hard seltzers means that most hard seltzers are gluten-free.

The 100-Calorie Drink
Hard seltzers have fewer calories than beers. But that isn’t necessarily a rule.
Another difference is the number of calories. Whereas hard seltzers proudly market 100 calories (or fewer in some cases), there is a wide range in the number of calories in beers, with some as low as 64 in Beck’s Premier Light and some as high as 175 in Sierra Nevada Pale Ale. Although a handful of popular lite beers come around the 100-calorie mark, including Bud Light, Michelob Ultra, Miller Lite and Coors Light, there’s no average for calories like there is for ABV.

For those tracking carbs, there’s a similar story. By avoiding grains in the fermentation process, hard seltzers have significantly fewer carbs (about 2 carbs) per drink than beers, which have a much wider range.

Generally speaking, hard seltzers have fewer calories than beers. But that isn’t necessarily a rule. Given the wide range of calories and carbs in beers, there are some beers, like Beck’s Premier Light, that are technically less caloric than some seltzers. But when considering the more popular options, hard seltzers like White Claw and Truly beat out beers like Bud Light and Miller Lite. It should, however, be noted that some beers have vitamins and minerals hard seltzers don’t because of the grains.

Just because hard seltzers are typically healthier than beers, in terms of carbs and calories, doesn’t make them healthy. There is concern that because they know hard seltzers have fewer calories than beers, people readily drink more hard seltzers than they would beers. Without the grains from beers, hard seltzers don’t have gluten to give consumers a bloated feeling. Furthermore, the unique process also allows manufacturers to create fruity flavors you can’t find in other beers.

While there are numerous differences between hard seltzer and beer, there is one more important similarity we can’t forget: Nothing good can come from drinking too much. So whether you drink a hard seltzer, beer or any other alcoholic beverage, drink responsibly.