The Next Revolution in Antidepressants Is Here

With millions of Americans suffering from depression, it may be time to turn on, tune in and drop out 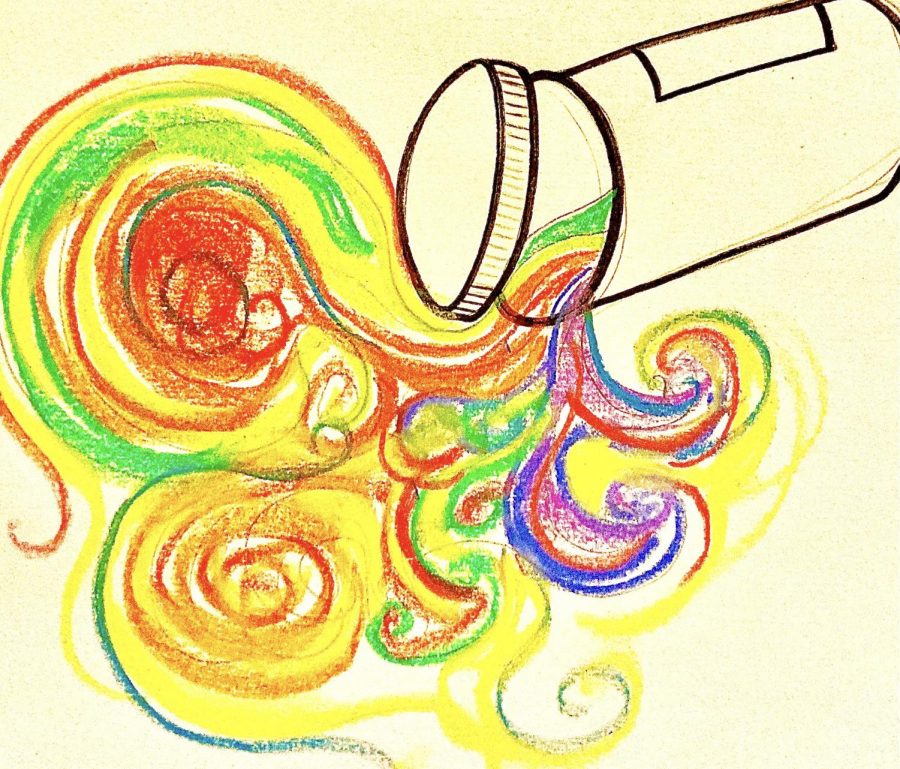 Ever since the COVID-19 pandemic began, America has seen a second “hidden epidemic.” According to a 2020 study by Boston University, the number of Americans with depression has likely tripled since the start of the pandemic.

The U.S. Census Bureau found that roughly one in three Americans now suffer from some form of anxiety or depression. This is especially true for young adults, particularly those in college. It is not an exaggeration to say that Americans’ mental health is in crisis, among a great many other crises facing our country.

Fortunately, a new medical solution may have arrived just in time, though it may not be something you’d expect: psychedelic drugs.
Traditional Antidepressants: A Finger on the Scale
When modern antidepressants like Prozac and Zoloft were first introduced in 1988 and 1991, respectively, they were seen as nothing short of miracle drugs. Both drugs are examples of Selective Serotonin Reuptake Inhibitors (SSRI), which function by limiting the amount of serotonin the brain burns through daily.

Serotonin is a necessary neurochemical responsible for feelings of happiness, connection to others and feelings of self-worth. On an SSRI, the brain’s natural process of reabsorbing serotonin is interrupted, allowing more serotonin molecules to exist outside cells. Essentially, this gives the brain the ability to use serotonin in a recycled, slow burn. When someone has depression or anxiety, their brains often burn through serotonin in short bursts, running out of the body’s supply too quickly.
This is a radical departure from what most people understand about medicine.
In the 1990s, insurance companies, media outlets, doctors and many others hailed these medicines as a revolution in science. A common narrative spelled out for people at the time was that psychiatric disorders were caused by an imbalance of chemicals in the brain and that modern medication could rebalance those shortages.

In reality, there’s a lot more that science has yet to understand about mental illness. For every one chemical in the brain that’s understood, there are dozens, if not hundreds, of chemical reactions and compounds that aren’t.

In simpler terms, this means the only way to diagnose a mental disorder is to compare an individual’s behavior to the baseline of healthy behavior in society at large.

This is a radical departure from what most people understand about medicine. Physical diseases, which most people are familiar with, are proven by experiments to be caused by a specific, physical problem within the body — a bone out of place, a bacteria or virus that’s harmful to the body, or a clogged artery.

Psychiatric disorders, on the other hand, are more like educated guesses made from a set of behaviors demonstrated by an individual. Check off enough boxes in any one category and you have a diagnosis.

The Downside of “Uppers” and “Downers”
This cause-and-effect ambiguity is precisely what makes psychiatric disorders so difficult to diagnose, treat and cure. Most psychiatric medications, many of which have been in use for more than 30 years without replacement in the U.S., have a host of neurological side effects, from nausea to fatigue to blurred vision.

While traditional antidepressants are effective at disabling nerve cells from absorbing serotonin, they can also have a deleterious effect on the other neurotransmitters in the brain by accidentally forming chemical bonds where they are not needed. What’s more, the only way to measure the effectiveness of such medications is to closely monitor behavior and side effects, which are often delayed by several biological processes before they manifest.

Serotonin, a neurotransmitter that is produced in the gut, also regulates digestive function and musculoskeletal health. Psychiatric medications that alter serotonin levels, like most antidepressants, can cause constipation, muscle weakness and sexual dysfunction.

While SSRIs were surely positive developments in scientific medicine, they are far from miracle drugs. What’s more, they can be ineffective without proper psychotherapy, which can take months or even years to complete. Not to mention, all these treatments and medications can cost patients and insurance companies thousands of dollars.

Enter hallucinogenic compounds.
From Criminal to Clinical: Psychedelics in the 21st Century
In recent years, psychedelic drugs, such as lysergic acid diethylamide (LSD or “acid”), “magic mushrooms” (which contain the compound psilocybin) and ketamine have shown permanent antidepressant effects in laboratory settings.

Psychedelic drugs are classified as Schedule I controlled substances by federal law, which means that possession and use are the most punishable offenses possible for drugs and that they currently have “no accepted medical use.” (Ketamine, which was originally developed as an anesthetic, is technically a Schedule III controlled substance, meaning it has an accepted medical use.) However, those U.S. classifications haven’t halted research on these substances in laboratories around the world, and in recent years, studies have shown that they may be a permanent solution to treatment-resistant depression, PTSD, anxiety and addiction.

Psychedelic drugs essentially work opposite of an SSRI. While an SSRI inhibits serotonin processing in the brain to keep a more steady supply, psychedelics flood the brain’s neurotransmitters with chemical compounds present in the drugs that are similar to serotonin. At the same time, parts of the brain that don’t normally communicate with each other start synaptically connecting. This process essentially erases and rewrites parts of the brain’s default mode network, the communication network of the brain that is responsible for how human beings understand themselves.
There’s mounting evidence that those suffering from depression, PTSD, anxiety, addiction and many other disorders may benefit from psychedelic therapy.
It’s still not fully understood on a chemical level how this process permanently reduces the severity of depression in patients, but those who have been treated with this method often report deep personal or spiritual growth.

The intent of the user is a major part of it; when a brain is high on these sorts of compounds, the thoughts going into the experience are amplified to the point of total absorption. A “trip” on these drugs is often compared to a personal journey into one’s own mind, and that can often have profound, lifelong consequences.

These treatments have been so effective that they’ve already been used to treat some of the most long-lasting and difficult instances of depression and PTSD, such as those carried by combat veterans and survivors of sexual assault.

Over the last five or so years, these drugs have mostly been in the research and development phase of medicine; they were not on the market until very recently. In 2019, ketamine was approved by the Food and Drug Administration (FDA) for use in the treatment of severe, treatment-resistant depression. In the August of 2020, the FDA lowered the requirements of prescribing ketamine psychotherapy sessions to people at acute risk for suicide. Most ketamine treatment options require the patient to take an oral antidepressant, like Prozac or Zoloft, during hallucinogenic treatment.

In 2021, there are several treatment options available for those with severe or treatment-resistant mental disorders. New York City is home to several ketamine treatment centers open to the public as well as many research-based clinical trials that use LSD, psilocybin, and other psychedelic drugs.

There’s mounting evidence that those suffering from depression, PTSD, anxiety, addiction and many other disorders may benefit from psychedelic therapy. Oregon has already decriminalized possession and use of these drugs for that very purpose, as well as certain municipalities like Cambridge, Massachusetts, and Oakland, California. A bill was recently introduced in the California legislature that would decriminalize psychedelics in the entire state and expunge any criminal records linked to possession.

This is by no means an endorsement of the illicit use of these compounds. Psychedelic drugs, when obtained illegally, can be laced or combined with other drugs, and users often don’t have a safe way to measure the amount of psychoactive ingredient(s) in a given dose. This can be incredibly dangerous and have lifelong negative effects if the user accidentally induces a “bad trip.”

However, individuals dealing with lifelong depression, anxiety, PTSD or other disorders have a potential cure in the realm of psychedelia. When used in a safe, legal setting, hallucinogens that cause mystical experiences may really be “miracle drugs.”