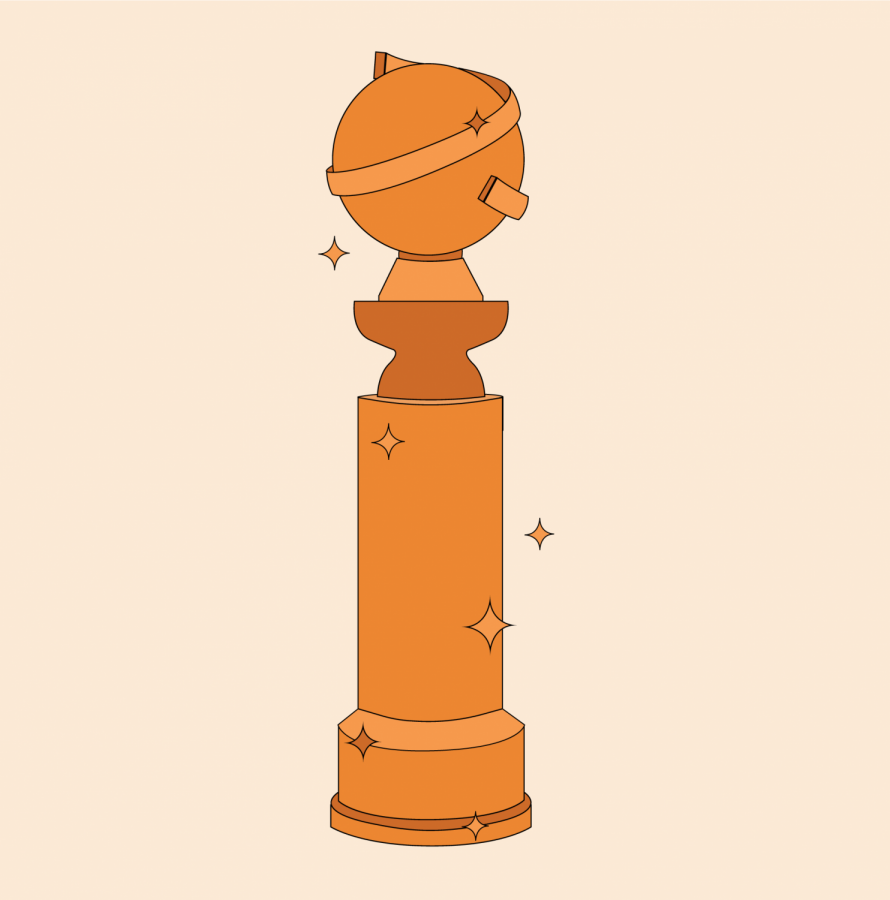 With a nearly canceled movie schedule thanks to the ongoing pandemic, film and television buffs were hoping the Golden Globes would acknowledge smaller, provocative projects that typically go under the radar and take more progressive steps toward a diverse future. Spoiler alert: They went backward.

COVID-19 might have pushed back dozens of films, from blockbusters to the next A24 breakthroughs, but it hasn’t stopped Hollywood from continuing to use its annual awards season to highlight what the industry views as the best of the best. After an almost two-month delay from its usual start date in January, Hollywood is finally ready to celebrate.

Run by the Hollywood Foreign Press Association (HFPA), the annual Golden Globe Awards are known to be a major player during awards season. They are particularly noteworthy for films aiming for further acclaim, as many winners stop by to pick up a Golden Globe before taking home an Oscar.

In 2019, all four major acting awards at the Oscars were given to Golden Globe winners of the same year, like Joaquin Phoenix for “Joker” and Laura Dern for “Marriage Story.” Both music-centric awards, like Best Original Score and Best Original Song, had duplicate winners from the Golden Globes and Oscars as well.

2020 Golden Globe Nominations
Due to the lack of films released in 2020, many were hopeful that underdog films like smaller-scale indie projects would receive more attention and praise. Over the past few years, the televised film awards show has only recently distributed a series of nominations for fan-favorite films. Movie buffs were also wondering if this trend of blurring the line between industry and public interest would continue with a smaller library of work to choose from and more time spent scrolling on social media.
Sia’s Problematic Directorial Debut
When nominations were announced on Feb. 3, the lack of recognition for “Sonic the Hedgehog” was not the only disappointment for film buffs. As usual, many beloved films went unnoticed by the HFPA, but what enraged most people were the numerous offensive projects the committee uplifted with a nomination.

Stevie Martin, Fordham College at Lincoln Center (FCLC) ’23, was most alarmed by the casting of a white, non-autistic actress (Sia’s frequent muse, Maddie Ziegler) and the lack of strobe light and sensory warnings. “Having a non-autistic actress portray blatant stereotypes of autism in the movie directly contradicts the idea that this movie was meant to promote and support the community,” Martin remarked.
“I think award shows operate under the guise of simply recognizing and responding to talent, but that’s not true.” Daejah Woolery, FCLC ’22
She highlighted an Instagram thread that made her aware of the problematic nature of the film. “It’s important to listen to constructive criticism from those within the community,” Martin said. “If they recommend strobe warnings or explain why the main character’s portrayal of autism is harmful to the community, it is the responsibility of the filmmakers to respond appropriately in a way that accurately portrays the community.”

Daejah Woolery, FCLC ’22, was disgusted by the aforementioned elements and noted “the actual danger to autistic people” the film caused by depicting lethal force restraint during a scene. She said, “I think award shows operate under the guise of simply recognizing and responding to talent, but that’s not true. They actively help to platform and legitimize films and filmmakers. HFPA is culpable in this too for giving Sia and ‘Music’ some legitimacy.”

Sadly, that’s not the only debatable decision the HFPA made. Similar complaints have centered around James Corden, who identifies as heterosexual, playing an openly gay Broadway performer in “The Prom.” Ashanti Johnson, FCLC ’24, agreed with the criticism about his stereotypical portrayal: “He shouldn’t have been nominated. Or cast.”
HFPA’s View On “Minari”
The treatment of critical darling “Minari” from A24 also made headlines. Despite being shot in America by an American filmmaker and being about the American Dream, the HFPA categorized the movie as a foreign language film due to the majority of dialogue being in Korean.

Miguel Bernal, FCLC ’23, believes that the current debate over the film’s placement “shows how ill-equipped the HFPA ruling system is for an American film culture that is becoming increasingly diverse.”

“‘Minari’ is valuable as both a culturally American film and as a Korean one. The struggle to maintain identity is one of the story’s most important parts,” he continued. “You can’t consider it an American film without diminishing the parts that make it undeniably Korean, and vice versa. It’s too complex of a beast to limit to one category in my opinion.”

The Backlash Behind “Emily in Paris”
Throughout the award show’s history, the Golden Globes has gradually expanded to television as well. Unfortunately, just as many upsetting choices were made in those categories. In particular, people have shared their outrage over snubs like the universally praised “I May Destroy You” about Michaela Coel’s real experiences with sexual violence, overlooked in favor of nominations for Netflix’s critically panned soap opera “Emily in Paris.” The latter has been nominated for Best Musical or Comedy Series and Best Actress for a Musical or Comedy Series for Lily Collins’ titular role.

She blamed the media for all the attention directed toward the Netflix original rather than more diverse productions. “Every article claiming it was vapid on purpose combined with all the people curiously hate-watching it earned it a spot it just didn’t deserve.”
“Diversity” in Hollywood
Both Chung and Woolery called out the mistreatment of diverse shows and performers and the double standard of Hollywood.

Chung pointed out the cancellation of LGBTQ+-friendly Netflix original “I Am Not Okay With This.” “‘Emily in Paris’ is getting renewed for a new season and nominated while shows like ‘I Am Not Okay With This’ are being canceled after the writers already wrote the entire second season that they were cleared for,” Chung said.

Woolery called out the Golden Globes for their lack of nominations of Black artists. “You know what didn’t get a nomination? Michaela Coel’s ‘I May Destroy You.’ Jurnee Smollett and Jonathan Majors for their performances in ‘Lovecraft Country.’ Uzo Aduba’s performance in ‘Mrs. America.’ Black excellence was snubbed, and mediocrity was rewarded.”

Film and television fans alike can only hope their anger has reached the ears of industry leaders. Viewers will find out when the 78th Golden Globes Awards airs live on NBC on Feb. 28 at 8 p.m. ET/5 p.m. PT, hosted by Tina Fey and Amy Poehler.