Why Is It My Fault? The Shifting of Personal Responsibility in Environmental Policy

Corporations haven’t always blamed the individual for waste, and it’s time they stop 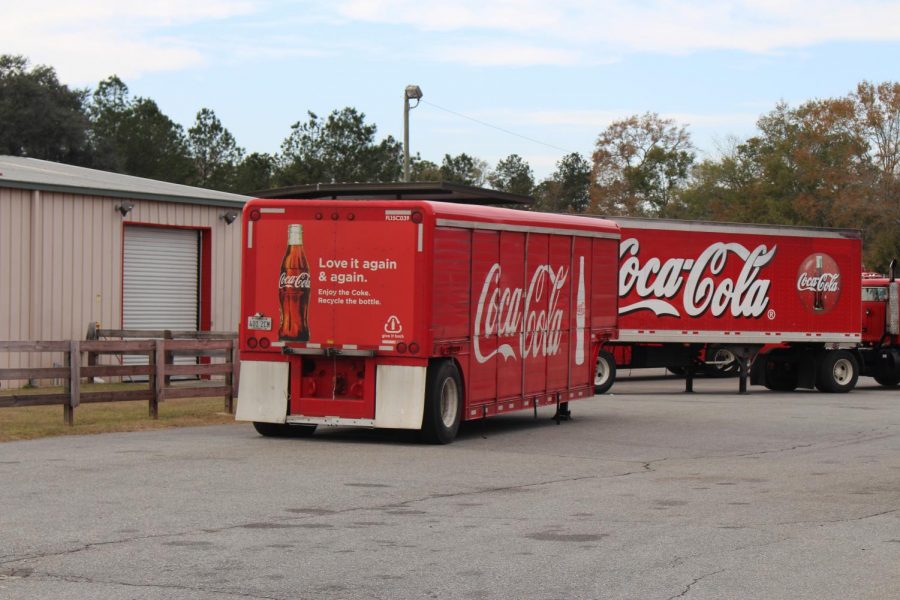 Coca-Cola was one of the companies that funded a recycling campaign called Keep America Beautiful, which placed the blame of single-use plastics onto us instead of the corporations that chose to switch to them.

Before the pandemic, everyone was concerned about straws. It was decided quite quickly that those who used disposable straws weren’t concerned about the environment, much less the sea turtles.

By focusing on straws, we were ignoring the overarching problem. It’s not about individual choice. We should be holding plastic manufacturers accountable instead.

Don’t get me wrong; I personally use a reusable tumbler and have avoided having any plastic or single-use waste whenever I can. I try to avoid eating too much meat or buying fast fashion, and I recycle. I think individuals also control their own priorities, and this article is not an excuse to litter, pollute or buy fast fashion. But the burden of environmental degradation shouldn’t be on us. It should be on the corporations that produce this waste in the first place.
So How Did This Burden Shift From Producer to Consumer?
When soda manufacturers switched their packaging from glass bottles to cans, they began saving a lot of money. The only problem was that this garbage was finding its way into parks, onto the ground, anywhere imaginable. There wasn’t a lot of infrastructure in place for recycling, and the amount of non-biodegradable trash, namely plastic, increased.

Instead of taking the blame, soda companies (like Coca-Cola), as well as can and bottling companies, funded Keep America Beautiful. This campaign created ads that were anti-polluting and anti-littering.
By making us think this is a consumer issue, it limited our choices as to what to do about plastic.
At first, the premise is irrefutable: We shouldn’t be polluting parks, highways and water. However, if you look closer, this completely removes the blame from companies that switched to less sustainable, single-use materials in return for a higher profit.

Instead of blaming companies for making this switch, the blame shifted to the individual, something harder to target. By making us think this is a consumer issue, it limited our choices as to what to do about plastic. It makes environmentalism an individual choice, where suddenly the pollution in the ocean is the result of people littering, and one doesn’t look at the label on the bottle floating in the ocean but rather the person who might have caused it to get there.

Bills to mitigate the plastic that place more of the financial burden on the companies and result in more recycling, like bottle bills, have long been opposed by bottle companies because although this would result in more plastic returns, it would cost companies like Coca-Cola billions that they’re not willing to part with.

Because of a couple of well-executed yet racially problematic ad campaigns, Americans found themselves with the personal responsibility of keeping the world clean. The focus was no longer put on the producer’s choice of material but on what happened after personal consumption: emphasizing recycling and ending litter.

But Isn’t Recycling Beneficial to Society?
It’s estimated that Coca-Cola, Nestlé, PepsiCo and Unilever produce half a million tons of plastic pollution every year. They create enough plastic to cover an entire soccer field every 20 minutes.

While, theoretically, some of this plastic could be recycled, many of the developing countries that consume plastic lack the infrastructure to recycle, leading waste to pile up, get burnt or pollute water. This creates the perfect conditions for poor turtles to find themselves choking on plastic straws.

Additionally, as much as New Yorkers may take their recycling program for granted, many areas of the United States don’t have convenient or any recycling facilities near them. This leads to a lot of recyclable materials finding their way into landfills. I won’t even delve into the fact that the U.S. exports this trash, but the point is that American trash isn’t only on American soil.
And so companies keep going, as nothing’s stopping them.
Unfortunately, the infrastructure for recycling isn’t the whole story. While metals and glass can be infinitely recycled, plastic isn’t recyclable more than one or two times.

Recycled plastic can also be about three times as expensive as virgin plastic, lowering further the incentive for companies to use it, apart from the ability to greenwash their products.

Even when accessible, and working, recycling isn’t the solution we have been conditioned to believe it is.
What About the Other Pollution?
There are many other examples of companies not taking personal responsibility for their mistakes or choices, whether in the meat, dairy, fashion or tech industries. Negative externalities aren’t seen as things to avoid — they’re what companies can pay a small fine to continue doing.

And so companies keep going, as nothing’s stopping them. Many have heard the Carbon Majors’ 2017 study findings that 100 companies are responsible for 71% of global emissions. Worldwide food waste, often overlooked, is the third largest contributor of greenhouse gases, second to only the United States and China. These aren’t just the results of an individual’s actions.
While some companies have made pledges to “do better,” it’s unfortunately not something we currently are strictly regulating.
Factories, hydraulic fracking and landfills alike have been, and still are, contaminating the water of communities that may not be aware or powerful enough to stop it. Fracking might even have contributed to Flint’s water crisis, and although the Environmental Protection Agency (EPA) has said the previously lead-contaminated water is safe to drink, there are still doubts.

It’s not just Flint; there are too many cases to count of poor communities being used as dumping grounds, unable to defend themselves and unable to gain virtually any retribution.
Is Reducing My Own Carbon Footprint Not Enough?
Not buying plastic or being zero waste, which places the burden on the consumer, is not enough. We must also rally for more comprehensive legislation and EPA policies. The EPA currently maintains very consumer-centric policies with recycling and composting goals but includes very little about what companies should be doing.

Stop the guilt and start the corporate responsibility. While this article mostly delves into the problem of pollution, the point is that climate change isn’t going to go away because we all decide to ban straws or bring a thermos to our local coffee shop.

We have for too long fed into the story that we’re not doing enough for the environment, not concentrating on who this “we” consists of. It’s time we shift our focus to the main contributors — the companies releasing tons of carbon dioxide into our atmosphere.

So Who’s to Blame?
This is a highly contested question, with a lot of finger-pointing. Again, many companies, like oil companies, place the blame on consumers who choose to use fossil fuels. However, since 1965, just 20 companies have contributed to 480 billion tons of carbon dioxide. According to The Guardian, this is one-third of all carbon emissions in the “modern era.”

While it’s tempting to follow just the numbers, pollutants like plastic also contribute to the current amount of carbon dioxide in the atmosphere. Plastic and other trash that isn’t recycled can get burnt, common in emerging countries like China, India, Brazil and Mexico.

Burning trash can actually give rise to immense amounts of carbon dioxide. As previously mentioned, American companies like Coca-Cola, Nestlé, PepsiCo and Unilever produce and sell to countries without proper infrastructure, knowingly contributing to an endless cycle of single-use plastic being used and then thrown away.

While some companies have made pledges to “do better,” it’s unfortunately not something we currently are strictly regulating. The United States government is lacking in regulation, from judicial, executive and legislative standpoints. It doesn’t hold companies accountable for their direct pollution, let alone the pollution they have packaged and sold.

We need to realize that eating vegan and composting won’t be enough if we continue to allow large corporations to contribute ridiculous amounts of carbon dioxide into the atmosphere and then blame us.