On Revolution: The Capitol Riots Are a Critical Turning Point

The riots at the U.S. Capitol and the hypocrisy of the government’s response will radicalize Americans regardless of party 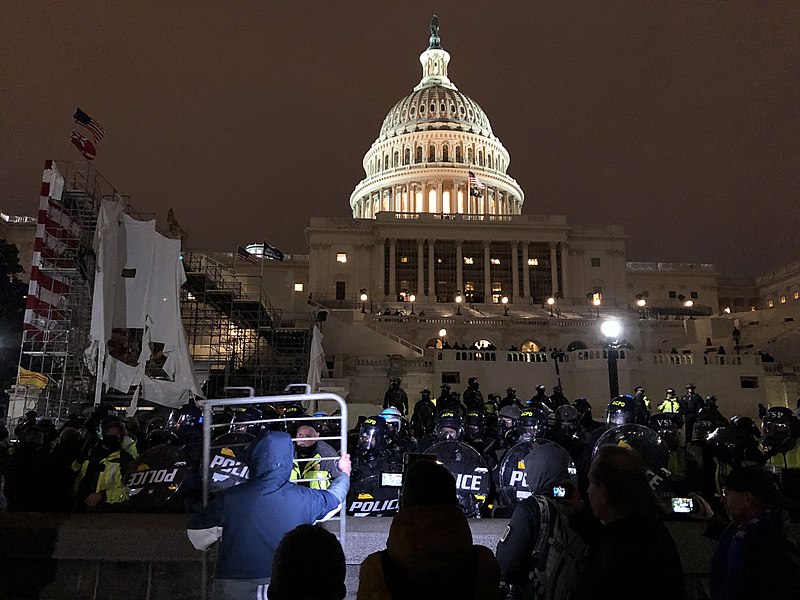 The Capitol riot last month was not an isolated incident; the implications for the political future of the nation are ongoing and dangerous.

When right-wing rioters forcibly entered the United States Capitol, they set a disturbing precedent. They thoroughly desecrated the building, kicked their feet up in Congressional offices, looted government property and objects of significance, and left their trash strewn in the halls. Violence marred the country’s facade of unity only six days into the new year.

The defacement of the deeply symbolic Capitol sent the clear message that the right can do anything they want. On the other hand, it sent the message to the left that key figures in government and society are not just indifferent to their cries for justice, but directly in opposition to them. This event will change the trajectory of both factions and push them further toward extreme radicalization. The Capitol riots mark a critical point in the storm of discontent that has been brewing for decades.
On the Right Side
It’s obvious how radical conservatives and their ideology will be affected by the events at the Capitol. Simply witnessing it via news and social media was powerful enough, but being able to identify with the people advancing their cause with so little resistance will only embolden their platform to move farther right.

Government-sanctioned violence is a fundamental ingredient for destabilization, though luckily the majority of our government (and crucially, the military) has condemned the actions and perpetrators at the Capitol.

Some might point out that the offenders are slowly being rounded up and arrested for the crimes they committed in D.C., but this is an empty gesture unless they are sentenced fairly. If these criminals aren’t prosecuted justly it will only serve to further legitimize their cavalier actions, sending the message that repercussions for future insurrections will be lenient.


On the Left Side
The Capitol riots will also push the left over the edge. The hypocrisy of the incident, particularly by law enforcement, is a slap in the face to those who have spent the past year striving toward justice and the most basic of rights.

Black Lives Matter and other groups advocating for social justice were met with heavily armed resistance during protests all last year, even during the most peaceful of protests like the violin vigil honoring the life of Elijah McClain. In many cases, weapons were used against protesters, which caused serious injury and made a clear statement that protests are punishable by extreme means. Lives and bodies were on the line as people advocated for their cause.

On top of this, while more than 300 arrests were made in the same city in one day during the George Floyd protests, only 100 arrests were made across the country in the week after the riots on the Capitol. One also can’t help but notice that, in the D.C. riots’ case, offenders were ridiculously easy to identify since they posted proof of their complicity all over the internet, and yet they aren’t being hunted down like their counterparts. There is no excuse for this discrepancy in arrests.

The left sees this inequity. It’s unrealistic to expect them not to react to it. Government officials and law enforcement choosing sides in such a blatant way is a foreboding sign of a coup. This may sound like an overstatement, yet it’s been reported and explicitly flaunted that Capitol rioters were advocating for actual civil war and secession. It remains to be seen whether or not the left will respond with equal intensity.

Implications
Our country is very close to a boiling point, and there is strong evidence of historical precedent for this. Many people look desperately toward the new Joe Biden administration to smooth over the potentially explosive tension between the right and left.

Unfortunately, the riots at the Capitol have proven that many people in the country are unlikely to accept Biden. He is beginning his presidency with a deficit of support from those who, in the end, will decide whether or not our country will descend into further internal conflict.

Moderates without significant affiliation with either party can only watch, apprehensive and dismayed, as events unfold, refusing to participate in the future they too must have a part in. Even if those at the Capitol are the minority, they have proven that they are a very dangerous one. On the other hand, the left has made it clear that it will make its voice heard despite resistance. An unstoppable force is meeting an immovable object.

Hopefully, justice can be achieved without more violence and terror, though only time will tell. What is certain is that the riot at the Capitol made history, and its effects will shape the future of America.